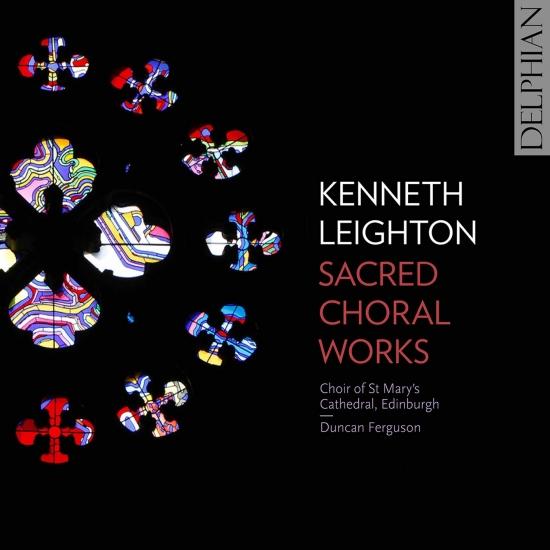 Released to mark the ninetieth anniversary of the composer’s birth, this programme of Kenneth Leighton’s choral music reflects his outstanding accomplishments in the genre across his entire composing career: it includes Leighton’s earliest and last pieces for unaccompanied choir, three Christmas carols, two extended masterpieces, and two works composed for the Choir of St Mary’s Cathedral itself.
Extensively praised under its current director of music Duncan Ferguson, the choir has both a historical affinity for this body of work and a sophisticated musicianship which hereproduces performances of focused maturity and depth.
Choir of St. Mary’s Cathedral, Edinburgh
Duncan Ferguson, direction 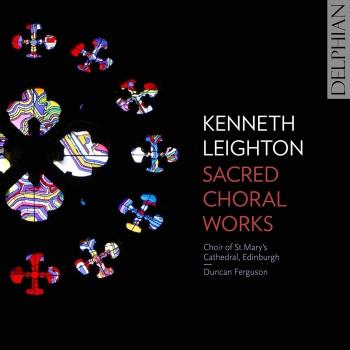 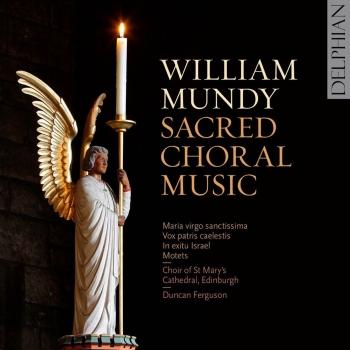 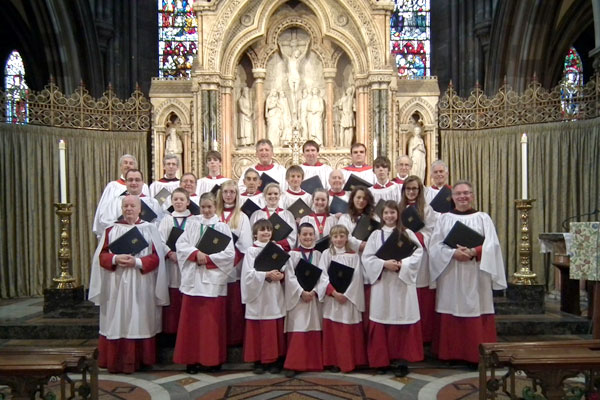 The Choir of St Mary’s Cathedral
is unique in Scotland in maintaining daily choral services in the Anglican tradition, and enjoys an international reputation. The Cathedral was the first in the United Kingdom to allow girls to join boys as trebles in 1978 and then, in 2006, to allow female altos to sing alongside countertenors in the choir. The choristers (aged 9-14) are educated at St Mary’s Music School, Scotland’s specialist music school, while the lay clerks of the choir consist of university choral scholars alongside more experienced singers. In 2008 the thirtieth anniversary of the successful admission of girl choristers into the choir was marked by an article and editorial in The Times. Each morning the choristers rehearse at 8.25am for an hour before going to school. They then return in the evening for rehearsal at 4.55pm alongside the lay clerks before singing a service at 5.30pm. The back row of the choir comprises a mix of professional Lay Clerks and Choral Scholars (the latter tending to be students drawn from one of Edinburgh’s universities). Lay Clerks combine professional work elsewhere (either musical or extra-musical) with their singing at St Mary’s.
The choir’s last three recordings – of music by Anton Bruckner, Gabriel Jackson, and John Sheppard – all earned Gramophone Editor’s Choice, while back in 2010 the first recording under conductor Duncan Ferguson came seventh in the specialist classical chart and achieved an ‘Outstanding’ accolade from International Record Review. In 2016 the choir embarked on another major recording project: the choral music of Igor Stravinsky in collaboration with the Scottish Chamber Orchestra. In its day-to-day work the choir sings the daily services at St Mary’s Cathedral. Over the years the choir has worked closely with a number of leading contemporary composers, commissioning, performing, and recording works by (for instance) Kenneth Leighton, Arvo Part, Sir Peter Maxwell Davies, James MacMillan, Howard Skempton, and Gabriel Jackson. Collaborations with orchestras have included recent performances with the BBC Scottish Symphony Orchestra at the sixtieth-birthday concert of American composer John Zorn and at the Glasgow Tectonics Festival. The choristers performed again with the BBC SSO in the 2014-15 season, including a semi-staged version of Berg’s Wozzeck under conductor Donald Runnicles. The choir is also well known through its many appearances on BBC Radio Three, Radio Four, and Radio Scotland, including live broadcasts of Choral Evensong. Previous choir tours have included France, Hungary, Norway, and several trips to the USA and Canada. In 2011 the choir was invited to sing at the Taipei International Choral Festival and by the Little Singers of Tokyo at their sixtieth anniversary concert in Suntory Hall. The choir toured Germany, performing to sell-out audiences in summer 2015, and will be visiting the USA in 2018 for performances in Nashville, Little Rock, and Memphis.
Duncan Ferguson
has responsibility for the musical life of St Mary’s Cathedral including the recruitment, training, and conducting of the Cathedral Choir, as well as organising and performing in the month-long series of services, recitals, and broadcasts during the Edinburgh Festival. He previously held organ scholarships at Magdalen College, Oxford and at St Paul’s Cathedral. Duncan gained a Distinction for his Master of Studies degree at Oxford, with his academic focus being the place of music within the writing of history. At St Paul’s he worked daily with the cathedral choir including performances at diocesan and national services, before joining St Mary’s initially as Assistant Organist. He was also the Assistant Director of Music at St Michael’s, Cornhill, and a harmony and counterpoint tutor at King’s College, London.
As an organist he has performed across the UK and in the USA, and for numerous broadcasts on BBC radio and television. He is the organ teacher at St Mary’s Music School and has led workshops on behalf of the RCO and RSCM. Duncan’s solo disc of works by William Faulkes was released in 2015 by Delphian (DCD34148). His work with the Choir of St Mary’s Cathedral has earned him significant critical acclaim: of his first recording, The Times wrote that ‘Duncan Ferguson is plainly a wizard’. In addition to conducting the Cathedral Choir, Duncan has worked as conductor and accompanist with various orchestras, choral societies, community and youth choirs. His teachers included Thomas Trotter, David Goode and Kevin Bowyer, while he worked with Grayston (Bill) Ives, John Scott and Malcolm Archer at Magdalen and St Paul’s respectively.