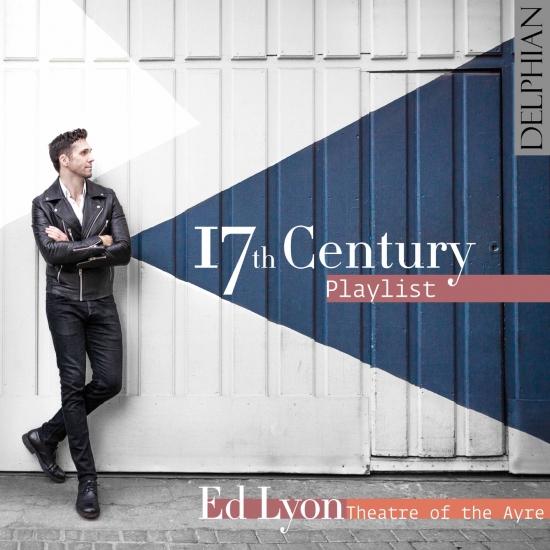 Tenor Ed Lyon has been one of the UK’s most versatile and sought-after soloists for over a decade.
Now, for Delphian, comes his first solo recording project, inspired by the immediacy, joy and freedom found in seventeenth-century music.
Joined by Theatre of the Ayre – a flexible and innovative ensemble led by the lutenist Elizabeth Kenny – he has conceived his very own ‘playlist’: a live mixtape of the songs, simultaneously catchy and sophisticated, which became earworms for the listeners of their day.
"Ed Lyon reaffirms his claim to be one of the pre-eminent Baroque tenors of our time" (The Independent)
Ed Lyon, tenor
Theatre of the Ayre
Lyon, tenor 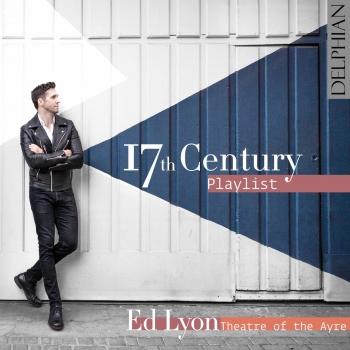 Ed Lyon & Theatre of the Ayre

Ed Lyon
One of Britain’s most sought-after and versatile tenors, Ed Lyon studied at St John’s College Cambridge, the Royal Academy and the National Opera Studio. He enjoys an international career in a wide repertoire ranging from the baroque to contemporary music and has appeared in many of the world’s leading opera and concert venues including the Royal Opera House Covent Garden, Glyndebourne Festival Opera, the Bayerische Staatsoper Munich, the Netherlands Opera, the Teatro Real Madrid, the Aix, Edinburgh, Holland and Aldeburgh Festivals, Théâtre du Châtelet Paris, BAM New York, the Theater an der Wien and the BBC Proms, with conductors including Antonio Pappano, William Christie, René Jacobs, Ivor Bolton, Emmanuelle Haïm, Teodor Currentzis and Christian Curnyn.
Highlights have included the central role of Colin in Denisov’s L’écume des jours for the Stuttgart Opera conducted by Sylvain Cambreling and directed by Jossi Wieler, Hylas in Les Troyens for Covent Garden conducted by Antonio Pappano and directed by David McVicar, Don Ottavio in a new production of Don Giovanni for Scottish Opera directed by Sir Thomas Allen, Freddy in Robert Carsen’s production of My Fair Lady for the Châtelet in Paris, Cavalli L’Ormindo directed by Kasper Holten for the Royal Opera at Shakespeare’s Globe, Ariadne auf Naxos, Steuerman / Der fliegende Holländer and Walther / Tannhäuser for the Royal Opera. Recent and future highlights include Jaquino Fidelio and Pane La Calisto for the Teatro Real in Madrid, the world premiere of Nicolas Lens’ Shell Shock and Tamino Die Zauberflöte for La Monnaie in Brussels, Adès’ Exterminating Angel at the Salzburg Festival and at Covent Garden, Jupiter Semele for the Badisches Staatstheater Karlsruhe, Alessandro in Cavalli Eliogabolo for the Netherlands Opera, Belmonte Die Entführung aus dem Serail for The Grange Festival, staged performances of Janacek The Diary of One who Disappeared in a production by Ivo van Hove in Lyon, Luxembourg, London, Rome, Brno, Beijing Festival and throughout France, Peter Quint / The Turn of the Screw for Garsington Opera, the title role in Orpheus in the Underworld for ENO and Katie Mitchell’s Miranda for Oper Köln.
Past highlights include extensive tours with Les Arts Florissants and William Christie including Paris, London, Amsterdam and New York in repertoire including the title role’s in Lully’s Atys, Rameau’s Pygmalion and Hippolyte and Charpentier’s Actéon, the title role in Monteverdi’s Orfeo at the Aix Festival with René Jacobs, the title role in Rameau’s Hippolyte et Aricie and Purcell’s Fairy Queen for Glyndebourne and Pane/La Calisto and Lysander/A Midsummer Night’s Dream for the Royal Opera, and Haydn’s L’anima de filisofo with Currentzis.
Ed Lyon has worked in concert at the BBC Proms (including Bach with The English Concert and Maxwell-Davies with the BBC Singers), with the Bach Choir, City of Birmingham SO (Tom Rakewell in a concert performance of The Rake’s Progress), the London Symphony Orchestra, Mozarteum Orchester Salzburg, New London Concert, Musikkollegium Winterthur, and the English Chamber Orchestra. His repertoire includes the baroque and nineteenth century oratorios as well as major tenor concert works such as The Dream of Gerontius and the Britten tenor repertoire. Recent and future highlights include performances of Britten’s War Requiem with the NDR Symphony Orchestra, Royal Liverpool Philharmonic Orchestra and Cambridge University Music Society, Elijah at St Albans Cathedral, concerts and a recording of the Brockes Passion with Concerto Copenhagen, Solomon in a concert performance with the Early Opera Company at Covent Garden, Beethoven Symphony No 9 with the Britten Sinfonia and also in a world tour with the Monteverdi Choir and Orchestra, The Kingdom with the BBC Philharmonic Orchestra, Missa Solemnis with the BBC National Orchestra of Wales and Mahler Das Klagende Lied with the Philharmonia Orchestra.
He enjoys a close collaboration with Ludus Baroque in Edinburgh with whom he has recorded Handel’s Alexander’s Feast and Ode for St Cecilia’s Day to great critical acclaim. Other recordings include Les Troyens (DVD) with the ROH Covent Garden and Antonio Pappano and L’enfance du Christ with the Mozarteum Orchester Salzburg and Ivor Bolton. He has recently released his first solo album, 17th Century Playlist, on the Delphian label.