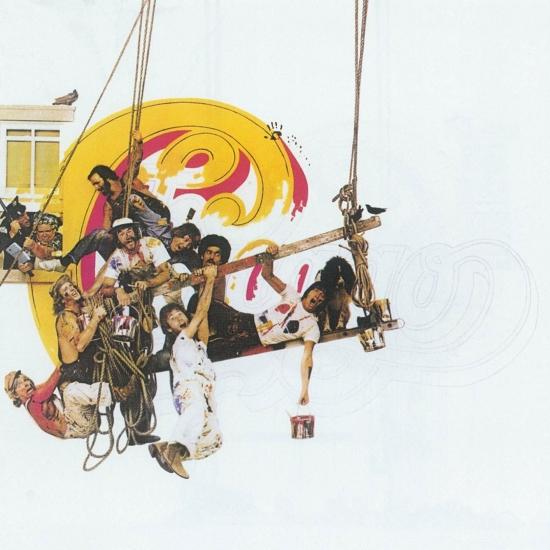 Chicago IX: Chicago's Greatest Hits, released in 1975, was the first greatest hits album for the group, their 9th album overall. Including all of Chicago's biggest hits at the time, the set covers the period from their 1969 debut The Chicago Transit Authority to 1974's Chicago VII.
The 1975 compilation album reached #1 in the US during a chart stay of 72 weeks.
Starting in 1967, well before all the hits started flowing, Chicago established a reputation for its powerful live show. Fueled by a passion for music, Chicago’s members exploded the conventions of what rock music could or should be. The result was a groundbreaking new form, played by extraordinarily talented musicians. Early fans like Jimi Hendrix and Janis Joplin were sufficiently impressed - they took the group out on their respective tours.
„Does anyone need another Chicago album besides this one? For the casual fan, the answer is definitely no. The 1975 blockbuster includes all the band's hits from its prime. And while tracks like 'Wishing You Were Here' and 'Feelin' Stronger Every Day' have worn a wee thin over the years, most of the cuts here are still topnotch. Standouts include the incomparable 'Saturday in the Park,' 'Beginnings,' and 'Does Anybody Really Know What Time It Is?' When rock grew up with horns, jazz charts, and chops. Not as snide as Steely Dan or as soulful as Blood, Sweat & Tears, Chicago still delivered with the 11 fine sides heard here.“ (Stephen Cook, AMG)
Peter Cetera, bass, guitar, lead & background vocals
Terry Kath, guitars, lead & background vocals
Robert Lamm, keyboards, lead & background vocals
Lee Loughnane, trumpet, flugelhorn, percussion, background vocals
James Pankow, trombone, percussion, background vocals
Walter Parazaider, woodwinds, percussion, background vocals
Danny Seraphine, drums, percussion
Laudir de Oliveira, percussion
Produced by James William Guercio
Digitally remastered