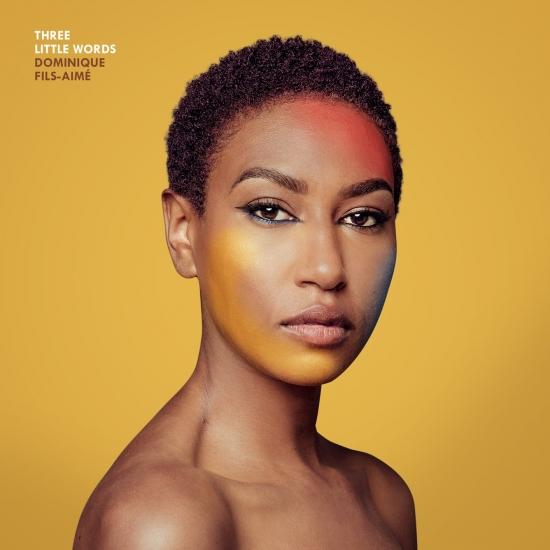 'Three Little Words' concludes Dominique Fils-Aimé's album trilogy exploring the roots of African-American musical culture. Each album carries with it a lesson that has been learned and then moulded into each subsequent volume. This final album is Fils-Aimé's adaptation of soul music in the truest sense of the term: music that comes from the depths of her soul and is meant to challenge and enrich the souls of her listeners. It is at once both an acknowledgement and an appreciation of the different musical genres that live within her head and flavour her own soul. In music, as in with life, the best prognosticator is looking to the past. Perhaps her most musically diverse and eclectic album to date, Fils-Aimé's distinct brand of incisively-delivered vocals resonate throughout 'Three Little Words', whether they are engaging the listener with the heartwarming 1950s-inspired doo-wop harmonies of ​While We Wait​, or with the punchy brass-fueled crescendos of the more soulful ​Mind Made Up​. Throughout the album, Dominique’s captivating yet gentle voice is backed by the spellbinding groove of African percussion, horns, synthesizer and expansive bass lines, the likes of which are never more prevalent than in Love Take Over with its coaxing, melodramatic drums that envelop the listener in a primal and soothing aural embrace.
Dominique Fils-Aimé is a JUNO Award-winning singer-songwriter from Montreal who draws inspiration from soul icons of the '40s and '60s such as Billie Holiday, Etta James, and Nina Simone. While her musical roots are grounded in early soul and jazz, her voice transcends contemporary urban soundscapes. ​Her sophomore record ​Stay Tuned! won the 2020 JUNO Award for “Vocal Jazz Album of the Year” as well as the Félix prize for “Best Jazz Album” at the ADISQ Gala, was shortlisted for the Polaris Music Prize, and was featured among the 19 best Canadian albums of 2019 according to CBC.
Dominique Fils-Aimé