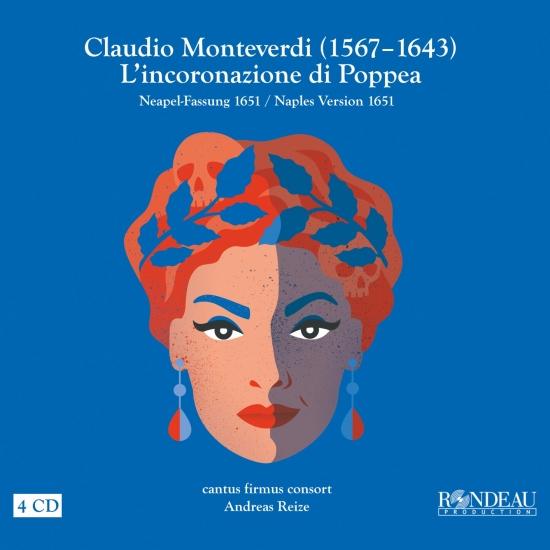 This first complete recording of the rarely performed Naples version of Claudio Monteverdi‘s L‘incoronazione di Poppea examines the familiar story about love, seduction and power from a new perspective, and enthrals with its passion and gusto. Both the music and text differ from the earlier, ‘Venice’ version from 1643 in many places, enabling the story of Poppea and the Emperor Nero to be experienced in a fresh and thrilling way. Beautifully played on historical instruments by the Cantus Firmus Consort under the direction of Andreas Reize, who is the new Thomaskantor in Leipzig since September 2021, this elaborate CD production was created within the framework of the production at Waldegg Castle / Solothurn in summer 2021.
L'incoronazione di Poppea (SV 308, The Coronation of Poppaea) is an Italian opera by Claudio Monteverdi. It was Monteverdi's last opera, with a libretto by Giovanni Francesco Busenello, and was first performed at the Teatro Santi Giovanni e Paolo in Venice during the 1643 carnival season. One of the first operas to use historical events and people, it describes how Poppaea, mistress of the Roman emperor Nero, is able to achieve her ambition and be crowned empress. The opera was revived in Naples in 1651, but was then neglected until the rediscovery of the score in 1888, after which it became the subject of scholarly attention in the late 19th and early 20th centuries. Since the 1960s, the opera has been performed and recorded many times.
Pia Davila, soprano (Poppea)
Elvira Bill, mezzo-soprano (Nerone)
Genevieve Tschumi, mezzo-soprano (Ottavia)
Jan Borner, Counter-tenor (Ottone)
Lisandro Abadie, bass (Seneca)
Kathrin Hottiger, soprano (Fortuna/Pallade/Damigella)
Julia Sophie Wagner, soprano (Virtu/Drusilla/Venere)
Marion Grange, soprano (Amore/Valleto)
Sebastian Monti, tenor (Nutrice/Arnalta)
Michael Feyfar, tenor (Primo Soldato/Lucano/Console)
Hans Jorg Mammel, tenor (Secondo Soldato/Liberto/Console)
Tobias Wicky, baritone (Merucrio/Littore) cantus firmus consort
Andreas Reize, conductor 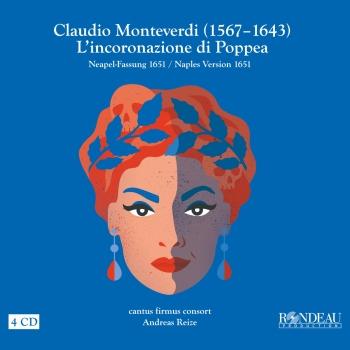 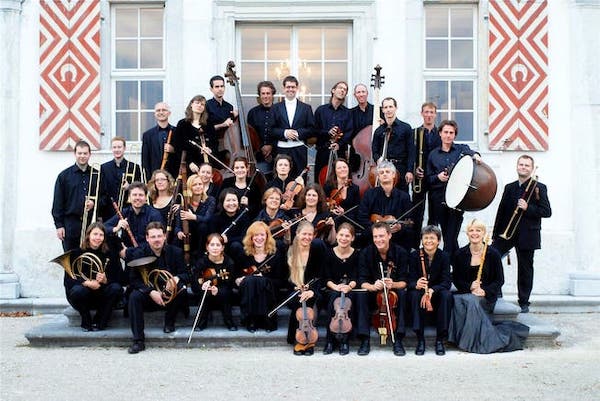 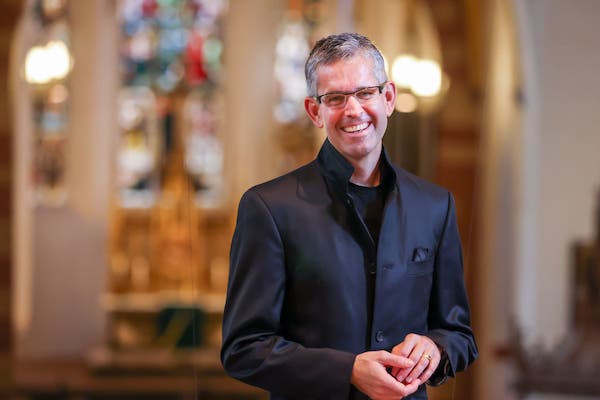 The cantus firmus chamber choir
is, together with the cantus firmus vokalensemble and the cantus firmus consort - orchestra on historical instruments - the third part of cantus firmus and was founded by Andreas Reize with a view to performing baroque and classical operas, oratorio performances as well as demanding a cappella music.
The young, highly qualified singers come from various parts of Switzerland. They have been singing in various choirs for years and have their voices trained in singing lessons. In opera productions in 2006 and 2007 at Schloss Waldegg, with demanding a cappella programs in 2008 and 2009, and with the performance of The Creation in Basel, Bern and Zurich in 2010, the members of cantus firmus kammerchor have already far exceeded the limits of ordinary choral work.
Andreas Reize
grew up in Solothurn and was himself a member of the choir of the St. Ursenkathedrale Solothurn for many years. He studied church music, organ, piano, harpsichord, choral and orchestral conducting at the conservatories in Bern, Zurich, Lucerne, Basel and Graz.
The years of study with Johannes Prinz in Vienna and Graz and the encounters with Nikolaus Harnoncourt during guest appearances at the Zurich Opera House and the Styriarte Graz were seminal for his development. In 2001 Andreas Reize founded the cantus firmus vokalensemble and consort and in 2006 the cantus firmus kammerchor. Since 2006, he has been the initiator and musical director of "Oper Schloss Waldegg", where he most recently conducted "The Fairy Queen" by Henry Purcell in 2015 and "Orfeo" by Claudio Monteverdi in 2017. In 2019, he will conduct "Dido and Aeneas" by Henry Purcell at the Theater Biel-Solothurn and "Il ritorno d'Ulisse in Patria" by Claudio Monteverdi at Schloss Waldegg.
He has broken new ground with the Singknaben der St. Ursenkathedrale Solothurn, which he has directed since 2007. Choreographies to pop songs in concerts are now just as much a standard as the musical arrangement of church services in the cathedral or the annual performance of the Christmas Oratorio by J.S. Bach, which he also performed at the Kulturfabrik Kofmehl in 2014 and 2015. In May 2016 he was invited with the Singknaben to the European Youth Choir Festival Basel. In December 2016, the label Rondeau Production Leipzig released the Singknaben CD "Now sleeps the crimson petal" with songs and motets for Advent and Christmas, which was awarded by the American Choral Association. The latest CD "Sing a cappella!" has been available in stores worldwide since early December 2018 with the same label.
Since 2011, he has led the Gabrielichor in Bern, where multi-choral and polyphonic music are of particular importance. Highlights of his work in Bern to date have been performances of the Marian vespers of G. Rovetta, J. Rosenmüller, and C. Monteverdi.
With the Zurich Bach Choir, he has been working since 2011 on the challenging balancing act between the various styles from the Renaissance to modern times, with special emphasis on a cappella choral singing in addition to performances of the great choral works with orchestra. Special highlights of recent years were the semi-staged performance of Purcell's King Arthur, the Swiss premiere of Bach's St. John Passion orchestrated by Robert Schumann, and Handel's Messiah arranged by Wolfgang Amadeus Mozart. A small guest performance tour in the summer of 2018 took him to the Augustinterkirche in Erfurt, the cathedral in Meissen and the Frauenkirche in Dresden.
Andreas Reize's passion besides music is sports. As a triathlete, he knows how to successfully combine music and sports in choir work. The inclusion of movement, choreographies or the use of sporting aids are an integral part of his musical work.