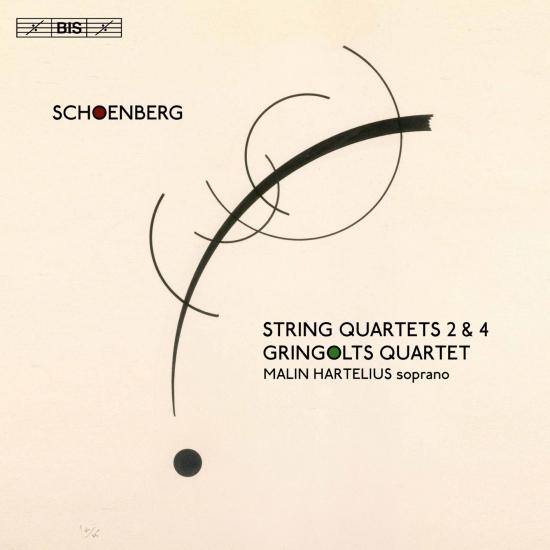 Conceived thirty years apart, both works on the present disc came into being at difficult times in the life of Arnold Schoenberg. Emotional stress caused by a marital crisis around 1907-1908 is often claimed to have contributed to the break with tonality that the Second String Quartet represents – in the course of the work Schoenberg moves from the post-Wagnerian chromaticism of Late Romanticism to atonality, with the final movement lacking a key signature altogether. Another unusual feature is the inclusion of a soprano in the two last movements. Schoenberg himself later wrote: 'I was inspired by poems of Stefan George, the German poet ... and, surprisingly, without any expectation on my part, these songs showed a style quite different from everything I had written before.'
Almost thirty years later, in 1936, the String Quartet No. 4 was one of the first works that Schoenberg composed in the U.S.A. after having been forced into exile by the threat of the Nazi regime in Germany. He had left Europe in 1933, but the first years in his new home country had been taxing, with health problems and a difficult work schedule involving teaching in both Boston and New York. If the second quartet is a key work of musical modernism, pointing towards an as yet unknown future, String Quartet No. 4 rests securely on the principles of twelve-tone composition that Schoenberg had developed during the intervening years – but makes use of these principles in a somewhat freer, more relaxed manner than his previous twelve-tone works. The two works are given full-blooded performances by the Gringolts Quartet, joined by the Swedish soprano Malin Hartelius in the Second String Quartet.
Malin Hartelius, soprano
Gringolts Quartet 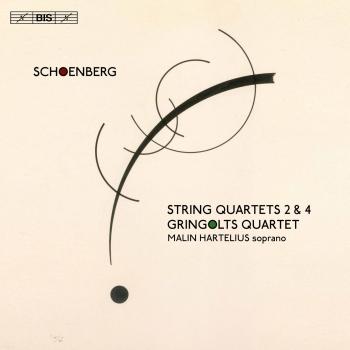 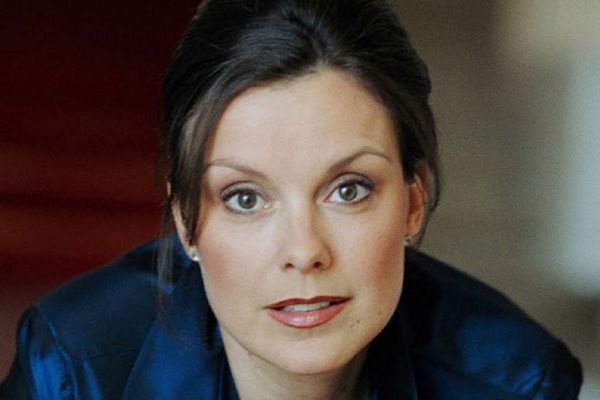 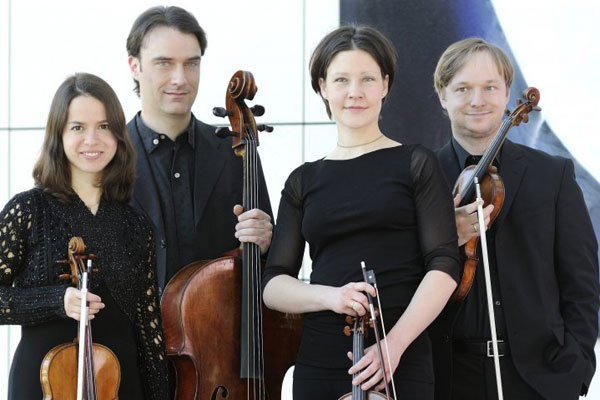 Malin Hartelius
The Swedish soprano Malin Hartelius studied in Vienna, making her début at the Vienna State Opera in 1990. Between 1991 and 2012 she belonged to the ensemble of the Zurich Opera House, singing leading soprano parts in many Mozart operas. She made her international breakthrough with a highly praised performance as Adina (L’Elisir d’amore) at the Frankfurt Opera and as Blondchen (Die Entführung aus dem Serail) at the Salzburg Festival. Opera houses in which she has appeared include those in Berlin, Paris, Hamburg and Munich, as well as the festivals of Lud- wigsburg, Schwetzingen and Aix-en-Provence. Malin Hartelius is also in demand as a concert singer, appearing with leading conductors such as Ivor Bolton, Ric- cardo Chailly, Sir John Eliot Gardiner, Nikolaus Harnoncourt, Mariss Jansons and Franz Welser-Möst, and with orchestras including the Vienna Philharmonic Orchestra, Royal Concertgebouw Orchestra, Gewandhausorchester Leipzig, Lon- don Symphony Orchestra and Cleveland Orchestra. In 2010, Malin Hartelius was awarded the Royal medal ‘Litteris et Artibus’ by the King of Sweden.
Gringolts Quartet The Zurich-based Gringolts Quartet was founded in 2008, born from mutual friendships and chamber music partnerships that cross four countries: over the years, the Russian violinist Ilya Gringolts, the Romanian violist Silvia Simionescu and the Armenian violinist Anahit Kurtikyan frequently performed together in various chamber formations at distinguished festivals; the German cellist Claudius Herrmann played with Anahit Kurtikyan in the renowned Amati Quartet.The quartet has collaborated with eminent artists such as Leon Fleisher, Jörg Widmann, David Geringas, Malin Hartelius, Christian Poltéra and Eduard Brunner. In addition to playing the classical quartet repertoire, the members are also dedicated performers of contemporary music, including works by Marc-André Dalbavie, Jörg Widmann and Jens Joneleit. Highlights from past seasons include performances at the Salzburg, Lucerne and Gstaad Menuhin Festivals, St Petersburg Philharmonia, L’Auditori Barcelona, Oleg Kagan Musikfest in Kreuth, Sociedad Filarmónica de Bilbao, Società dei Concerti in Milan and the Kasseler Musiktage.
The members of the Gringolts Quartet all play on rare Italian instruments. Ilya Gringolts plays a Giuseppe Guarneri ‘del Gesù’ (1742–43), Anahit Kurtikyan plays a Camillo Camilli violin (Mantua 1733), and Silvia Simionescu plays a Jacobus Januarius viola (Cremona 1660). The cello of Claudius Herrmann was built by Giovanni Paolo Maggini in Brescia in 1600 – an instrument once owned by Prince Galitsin, and used at the first performances of three of Beethoven’s last quartets, commissioned by the Prince.