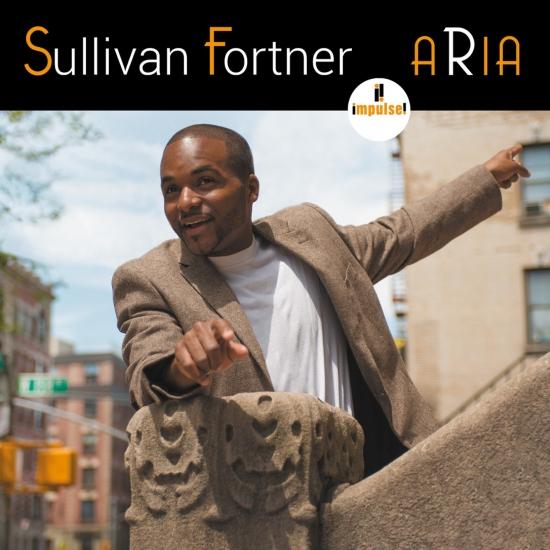 After gaining international acclaim for his piano playing in ensembles led by Roy Hargrove, Etienne Charles, Christian Scott, and Stefon Harris, 28-year-old New Orleans native Sullivan Fortner announces his emergence as a solo recording artist with Aria, a remarkable debut for impulse! Records. Produced by Jean-Philippe Allard and Brian Bacchus, Aria showcases Fortner’s mastery at both rendering well-chosen standards and composing memorable melodies.
On Aria, Fortner leads a splendid ensemble, comprised of drummer Joe Dyson, Jr., bassist Aidan Carroll, and tenor and soprano saxophonist Tivon Pennicott. Together they forge a warm, bracing sound that suggests an accord that has developed over several years. “I didn’t want it to sound like a leader’s record. I wanted it sound like a band’s record,” Sullivan explains.
The album begins with the title-track – a percussive original – on which Sullivan initially tickles a repetitive dance-like rhythm that hints at the music of modern classical composer Steve Reich and Latin jazz, thanks to the buoying rhythm section. After Pennicott’s soaring soprano solo, Fortner quickly displays his formidable skills as an improviser with passages that are as sophisticated harmonically as they are rhythmically. Interestingly enough, “Aria” is part of a six-movement suite, “Expansions: Suite in ‘B’ for Jazz Quintet,” which was commissioned by New York City’s Jazz Gallery.
Fortner, in fact, uses three other compositions from “Expansions” on the album – the capricious “Parade,” which is distinguished by a jaunty melody and a tugging rhythmic undertow, betraying his fondness for Thelonious Monk; the prancing “Passepied,” a tune inspired by Fortner’s exploration in Baroque classical music, particularly Johann Sebastian Bach’s French dance suites; and the spry “Finale,” which bounces to a lithe rhythm that implies the second-line drumming of Fortner’s Crescent City hometown.
The other original on Aria is “Ballade,” a gentle sauntering ballad, written in dedicated to the pianist’s mother, Cynthia Fortner, which affords listeners to gleam Sullivan’s crisp, impeccable touch and cogent, modest melodic sense in addition to Pennicott’s billowing tenor saxophone asides.
As for the covers, Fortner offers a glimpse into his intriguing influences. His love for Monk rears it’s head again on his take on “I Mean You,” on which the intricate rhythms and melodies are wonderfully articulated by Dyson and Carroll, which gives Fortner ample support to demonstrate inventive improvisations.
Fortner reflects on his childhood with a gleeful reading of Fred Rogers’s “You Are Special,” a song that the composer sang regularly on his acclaimed PBS children’s TV show, Mister Rogers’ Neighborhood. “As a little kid, I grew up watching that show and being in awe with the music, especially the piano player,” Fortner recalls. The pianist got the idea to give the song a modern jazz makeover after saxophonist John Ellis brought it in at the Lafayette Summer Music Jazz Workshop at the Stanley Middle School in Lafayette, California.
Fortner’s take of Jerome Kern and Oscar Hammerstein’s classic, “All The Things You Are,” is a subtle tribute to the late pianist Cedar Walton. The fanciful modern arrangement with its tricky interplay and Latin feel is reminiscent of the one Walton performed with pianist Barry Harris, with whom Fortner studied, at the Lincoln Center in June 2013 – just months before Walton passed away. Similarly, Fortner’s amorous interpretation of Duke Pearson’s 1966 ballad, “You Know I Care” pays tribute to trumpeter Roy Hargrove with whom Fortner has performed with as a sideman.
When Fortner was pondering the auspicious occasion of making his debut on the legendary imprint – impulse! Records – it lead to him delivering a flickering solo piano reading of J. Fred Coots and Sam M Lewis’ 1934 ballad, “For All We Know.” “I was thinking that I might not get a chance to record for impulse! again, so let me make the best of it,” Fortner explains with a robust laugh.
But based upon Fortner’s consummate musicianship as a pianist, improviser, composer and arrangement, its doubtful that Aria will be just a one-off. Instead, it promises to be a winning marriage between a venerable label and a gifted pianist who can surely extend its jazz legacy into the 21st century.
Sullivan Fortner, piano
Tivon Pennicott, tenor/soprano saxophone
Aidan Caroll, bass
Joe Dyson, drums 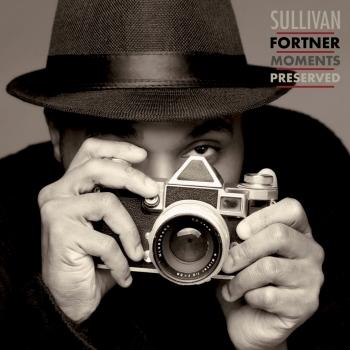 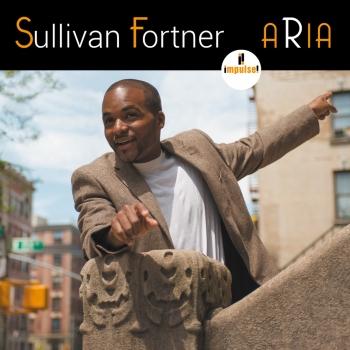 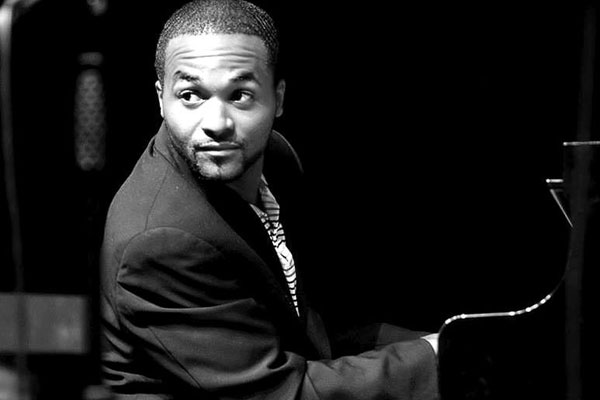 Sullivan Joseph Fortner Jr.
is a native New Orleanian who has already made a significant foray into the jazz world that belies his young age. While touring with Stefon Harris & Blackout, Christian Scott Quintet, and the Roy Hargrove Quintet, Sullivan completed his Master’s degree in Jazz Performance at Manhattan School of Music under the tutorage of Jason Moran, and Phil Markowitz. He holds a Bachelor’s degree in Jazz Performance from Oberlin Conservatory of Music. Sullivan began playing music by ear at the age of seven. Two years later, he was playing for church choirs throughout New Orleans. By the time he was 11 years old, Sullivan had won a Cox Cable “Amazing Kids Award”. At the age of 13, Sullivan furthered his formal education in piano by attending the New Orleans Center for Creative Arts (NOCCA) and earned scholarships to several prestigious summer jazz programs, including the Vail Jazz Institute and the Skidmore Jazz Studies Summer Program. A standout on the stage and in the classroom, Sullivan was Valedictorian of his high school class while simultaneously graduating from NOCCA. He has studied and performed with many great musicians, including The Marsalis Family, Donald Harrison, Nicholas Payton, Billy Hart, Gary Bartz, Marcus Belgrave, The Jordan Family, Irvin Mayfield, Peter Martin, Dave Liebman, and a host of others.