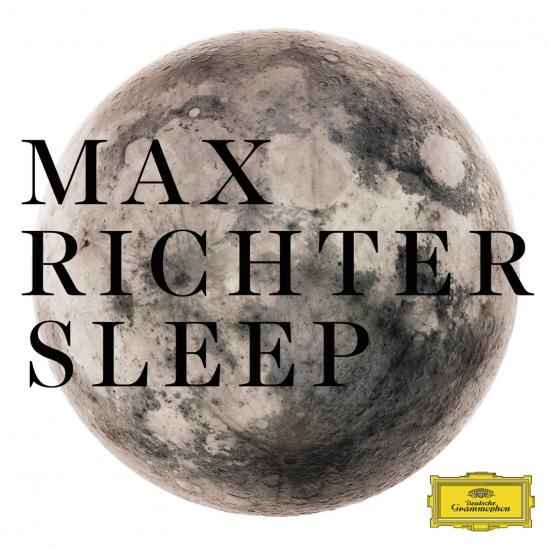 from SLEEP is a 1h version of the new digital 8h landmark recording SLEEP by acclaimed British composer Max Richter. SLEEP is an eight hour exploration of music, consciousness and human connectivity – and is actually intended to send the listener to sleep. SLEEP is played on piano, strings, with subtle electronic touches and vocals – but no words. “It’s my personal lullaby for a frenetic world. A manifesto for a slower pace of existence. I want people to start playing it while they are getting ready for bed, so that they hear it in their sleep.” (Max Richter)
The ground-breaking new work is scored for piano, strings, electronics and vocals but no words. Its my personal lullaby for a frenetic world, he says. A manifesto for a slower pace of existence.
Richter came up with the idea as he has always been fascinated by the process of sleep. As a child, it was my absolute favorite activity. I often think of composing as a daydreaming activity and, if I could, I would sleep for 23 hours a day! It s one of the most important things we all do and for me its almost like a religion.
During his preparations, Richter consulted the eminent American neuroscientist David Eagleman, in order to understand the mechanisms of the sleeping mind, and the ways in which music can interact with them, which has directly influenced the composers writing.
Richter describes it as an investigation into the process of sleep. Its really an experiment to try and understand how we experience music in different states of consciousness awake and asleep and ask whether different people hear it in different ways. For me, this piece of music is an attempt to see how that space where your conscious mind is on holiday can be a place for music to live.
The dream state is like you have switched the whole factory over, but there is still this window to the senses, so that the things you are hearing can get incorporated into your dream, and we have all had this experience when, for example your alarm clock goes off and it becomes part of your dream narrative. David Eagleman in conversation with Max Richter
You could say that the short one is meant to be listened to, and the long one is meant to be heard while sleeping, says Richter, who describes the one-hour version as a different trip through the same landscape.
Coinciding with the renewed interest in durational works within the fine art community, Richter says: this isnt something new in music, it goes back to Cage, Terry Riley, and LaMonte Young, and its coming around again partly as a reaction to our speeded up lives we are all in need of a pause button.
SLEEP will be given its live premiere later this year in a disused power station in Berlin, with a concert performance, lasting from 12 midnight to 8am and the audience given beds, instead of seats and programs.