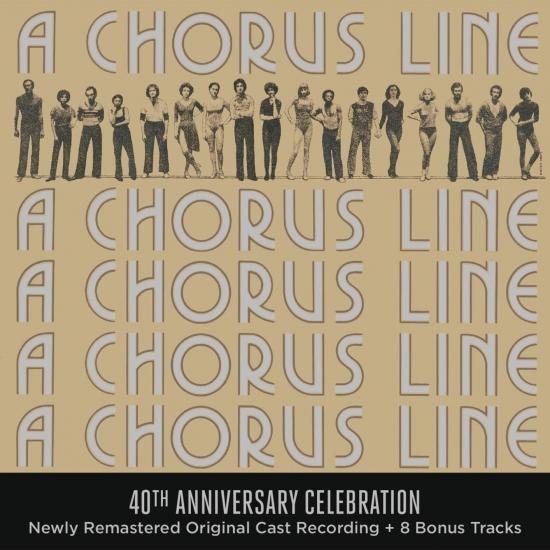 We’re thrilled to celebrate A Chorus Line with A Chorus Line – 40th Anniversary Celebration, the definitive, newly remastered edition of the best-selling 1975 Original Broadway Cast Recording. The reissue features eight bonus tracks that – for the first time – allow the listener to eavesdrop on the creative process of composer Marvin Hamlisch and lyricist Edward Kleban, including songs that did not make it into the final version of their acclaimed score.
This release introduces a new high-resolution 96 kHz master of the original cast recording, taken from the surround-sound remix created for Super Audio CD (SACD) and previously available only in that format. A perennial best-seller and 1975 Grammy nominee for Best Musical Show Recording, A Chorus Line was the last of the great original cast albums produced by Columbia Records’ Goddard Lieberson.
Supplementing A Chorus Line’s beloved score on the 40th Anniversary Celebration are eight bonus tracks, found under the title “A Chorus Line work reel” in the holdings of the New York Public Library for the Performing Arts. Recorded by Hamlisch and Kleban during the first workshop of the show in 1974, they reveal an early opening number entitled “It’s All in Here,” as well as “Joanne” and “Shoes,” songs that came and went with the development of the show’s gallery of characters. Also included are early working versions of “I Can Do That,” “At the Ballet,” “Sing!,” “One” and (identified on the work-reel tape only as “Finale Ballad”) “What I Did for Love.”
Opening at a time when the very idea of the Broadway musical seemed out of step with the new direction in American pop music, Hamlisch and Kleban defied the odds with an exuberant, razor-sharp but heartfelt score that even yielded a breakout hit, the show’s penultimate number, “What I Did for Love.”
A visionary, game-changing theatrical achievement as well as a blockbuster commercial hit, A Chorus Line – conceived, directed and choreographed by Michael Bennett – reinvigorated the traditional Broadway musical in a legendary production. After premiering at the New York Public Theater late in the spring of 1975, A Chorus Line moved to Broadway the following July, where it ran for almost fifteen years, closing in 1990 after 6,137 performances. The show not only swept the Tony Awards in the 1975-76 Broadway season, it also won the New York Drama Critics Circle Award for Best Musical and the Pulitzer Prize in Drama, as well as the Olivier Award when it first appeared on London’s West End in 1976.
A Chorus Line is currently the sixth longest-running show in Broadway history. It held the record for the longest run for seven years, until Cats surpassed it in 1997.
Digitally remastered 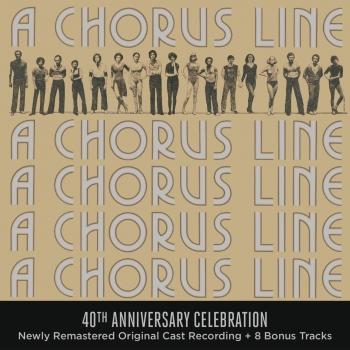 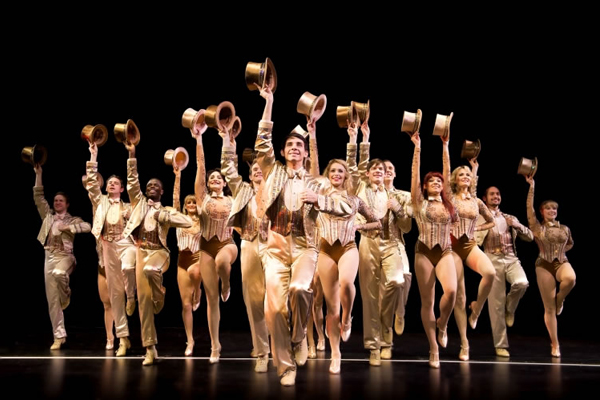 A Chorus Line
first premiered at The Public Theater on April 16, 1975 with a book by Nicholas Dante and James Kirkwood, lyrics by Edward Kleban, and music by Marvin Hamlisch. The musical was conceived and originally directed and choreographed by Michael Bennett and later transferred to Broadway to win the 1976 Tony Award for Best Musical, as well as eight other Tony Awards, including Best Book, Best Score, Best Director, Best Choreography, Best Lighting Design, Donna McKechnie as Best Actress, Kelly Bishop for Best Featured Actress, and Samuel Williams for Best Featured Actor. Additionally it won the Pulitzer Prize in 1976 and the New York Drama Critics Circle Award, as well as a special Tony Award in 1984 for Longest-Running Broadway Musical. The 2006 Broadway revival received a Tony nomination for Best Revival of a Musical. The original production at The Public ran for 101 performances before moving to Broadway, where it ran for a record-breaking 6,137 performances. A Chorus Line has toured nationally and internationally including productions in London, Canada, Puerto Rico, Australia, Germany, Sweden, Japan, Argentina, Brazil, Mexico, Spain, and Austria.