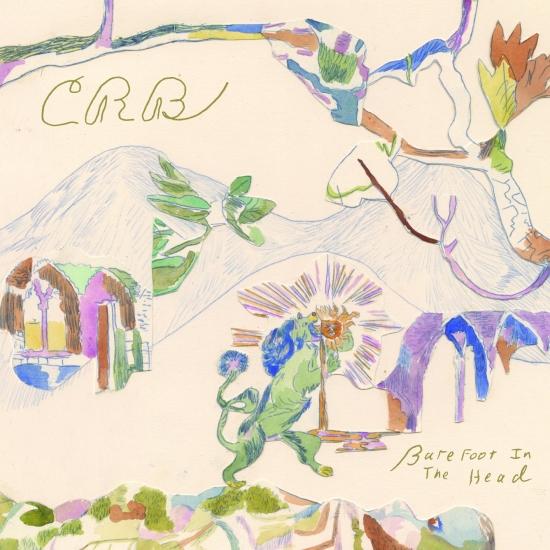 Info for Barefoot in the Head

Barefoot In The Head (Silver Arrow Records) marks a third collection of new material from the band in the past two years and freedom suits the Chris Robinson Brotherhood well!
'Barefoot In The Head' finds the band pushing boundaries and breaking new ground with more joy and wonder than ever before. The album showcases the continued growth of Robinson's songwriting partnership with his bandmates (guitarist Neal Casal, drummer Tony Leone, keyboardist Adam MacDougall, and bassist Jeff Hill), while revelling in the kind of playful adventurousness that can only come from five artists tuned in to the same sonic wavelength.
The album opens with the Americana funk of "Behold The Seer," which sounds like something of a mission statement for the CRB as Robinson sings, "If you want to keep your engine humming / Keep your eyes wide ahead and don't look back." On the dreamy "She Shares My Blanket," Robinson crafts cinematic scenes from a winter love affair in the mountains, while elegant pedal steel added by special guest Barry Sless on "Blonde Light Of Day" casts a warm, romantic haze and "Blue Star Woman" sounds like T-Rex dressed in overalls living on a West Coast commune. Throughout the album, Robinson and the band deftly intertwine country, blues and psychedelia, even channeling freewheeling 60s' folk on "Hark The Herald Hermit Speaks," a breakneck stream of consciousness that blurs the lines between fantasy and reality. On the English psych inspired "Glow," which Robinson calls "one of the most special things I've ever done in the studio," The CRB are joined by the celebrated sarodist Alam Khan (son of the legendary Ali Akbar Khan).
“I used to say what we do is ‘hippie baroque,'” says Chris Robinson about the music he makes with the Chris Robinson Brotherhood – a stew of rock, blues, country, funk and soul sounds topped with a healthy smattering of spacey psychedelia and wrapped in a jam-band aesthetic. “Because we want something that’s expressive and sensual and beautiful. It’s like a garment that feels really comfortable, but it has all these, like, magic symbols on it.” He pauses. “That maybe other people can’t even see …”
These days that magic-symbol-adorned garment, as it were, is getting plenty of wear. Since the Black Crowes played their final show in 2013 (they split for good, under acrimonious circumstances, in 2015), Robinson and his band, which includes guitarist Neal Casal, latter-day Crowes keyboardist Adam MacDougall, bassist Jeff Hill and drummer Tony Leone, have been operating in overdrive, averaging upwards of 100 live dates a year and releasing two new CRB studio efforts – Any Way You Love, We Know How You Feel and the EP If You Lived Here, You Would Be Home By Now – in 2016 alone. They’ve just finished up another full-length, their fifth, titled Barefoot in the Head, due July 21st via Silver Arrow Records. Today, Rolling Stone is premiering the video for the album’s leadoff track, “Behold the Seer,” a jaunty funk & roll number accented by Casal’s quicksilver guitar licks and MacDougall’s burbling electric piano work. Robinson’s words, meanwhile, offer up something of a musical, if not a lifestyle, mantra: “If you want to keep your engine humming,” he intones, “keep your eyes wide ahead and don’t look back.” (Rolling Stone)
Chris Robinson Brotherhood 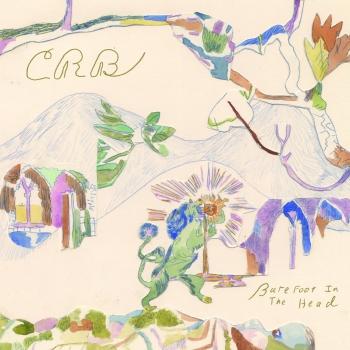 Barefoot in the Head 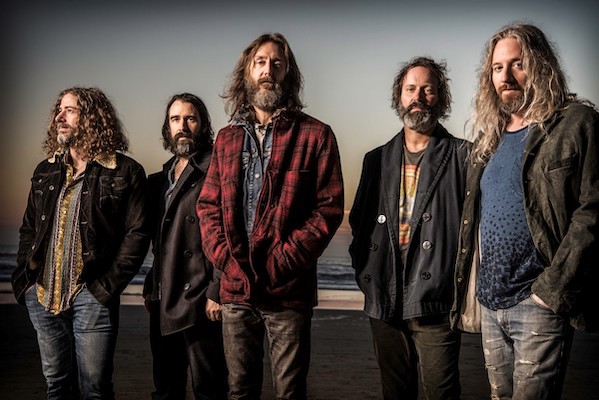