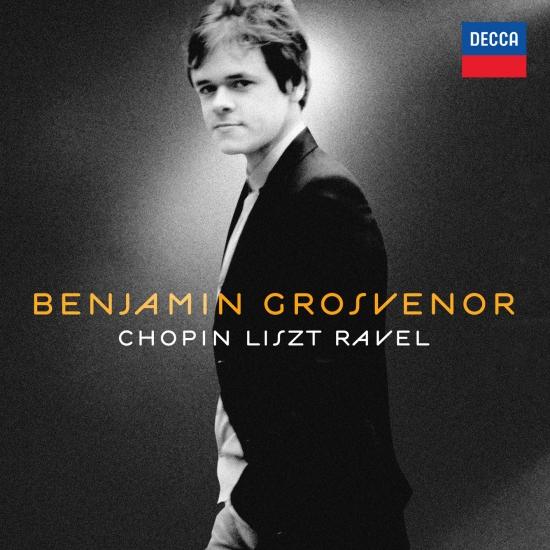 Benjamin Grosvenor's debut album. A young (18), highly talented pianist, and the first exclusive British Decca pianist since the 1950s. He's talented, he's young, and known in the UK since being a finalist in the BBC Young Musician of the Year competition aged 11(2004). He was the youngest musician ever to open the BBC Proms (2011).
The programme has been carefully chosen to trace the development of piano virtuosity from Chopin through to Liszt and Ravel. There are two pillars to the repertoire, the Chopin Scherzi and Ravel's Gaspard de la Nuit. Already recipient of high praise in key classical music magazines, as well as an Editor's Choice in Gramophone, here is an undisputed star of the future.
“This release is quite superlative in every way...Grosvenor's fleet-fingered virtuosity is a match for the finest...Despite this, there's a modesty and humility to these readings which is wonderful to behold...Grosvenor is seemingly incapable of producing an ugly tone and the richness of colour and nuance has been perfectly captured by the Decca engineers. This is essential listening.” (International Record Review, 2011)
“one of the most individual things about this stunning debut by Benjamin Grosvenor is his pervasive sense of balance and his unerring blend of Classical restraint and Romantic ardour...He is a virtuoso who declines the mantle of virtuoso, every gestures being put exclusively and exhilaratingly at the service of the music. Grosvenor's playing exudes joy and spontaneity, seeming to release rather than interpret the music.” (BBC Music Magazine, 2011)
Benjamin Grosvenor, Piano