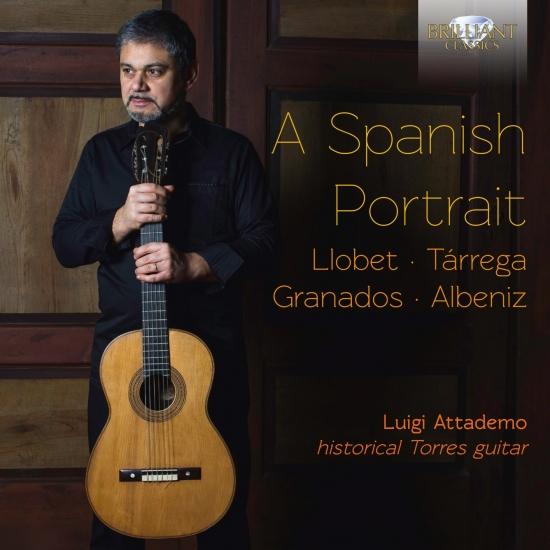 A musical portrait of a master guitar-maker of the 19th century.
Great instruments have always been associated with great musicians, and this is true in the guitar world too, at least from the early 19th century onwards. Early in his career, Antonio de Torres (1817-1892), like other luthiers before him, found a performer ideally suited to his instruments – the young Andalusian guitarist Julián Arcas. The technical innovations in construction and timbre pioneered by Torres enabled Arcas to give full expression to his artistry in works such as the florid Fantasía sobre El paño o sea Punto de La Habana with which Luigi Attademo opens this new studio album.
Of the generation after Arca, Francisco Tárrega quickly proved himself even more gifted in both performancecomposition. So much so that Torres offered him a guitar he had made five years earlier and kept for his own use. This was the FE 17, which Tárrega continued to play for the next 20 years, and which came to define the sound of ‘the Spanish guitar’ to generations of listeners.
A groundbreaking instrument in terms of its tonal range and sound potential, the FE 17 became critical to both Tárrega’s success and to the expansion of guitar repertoire during the 19th century: although he continued to compose using the traditional forms of the fantasia and theme and variations, Tárrega also focused on shorter forms borrowed directly from Romantic piano repertoire. With eight original works by Tárrega, Attademo demonstrates the full tonal-dynamic palette of Torres’s instruments. Further selections of popular repertoire by Llobet, alongside his transcriptions of Granados and Albeniz, take the guitar’s evolution through a more advanced stage, exploring different registers, radical harmonies and tone-colours.
This bold new concept album should attract the attention of all lovers of Spanish guitar. Luigi Attademo has recorded it using an original Torres SE 122 guitar which has been strung with gut rather than steel to further enhance the potential for experiencing this music in the thrill of its original creation.
This recording features an historic guitar, an instrument built in 1888 by the great, legendary guitar maker Antonio de Torres. Many composers were inspired by his magnificent instruments, and he was inspired by the composers who spurred him to extend the technical possibilities of the instrument.
The composers included in this appealing program are all Spanish: Julian Arcas, Antonio Cano, Francisco Tarrega, Enrique Granados, Antonio Jimemez Manjon, Isaac Albeniz, and Miguel Llobet.
The Torres guitar needs a master to be played on: Luigi Attademo is one of today’s foremost guitarists, with an extensive discography to his name: for Brilliant Classics he recorded works by Paganini, Scarlatti, Bach and a CD devoted to historical guitars.
Luigi Attademo, historical Torres guitar 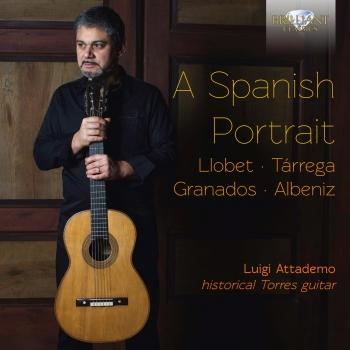 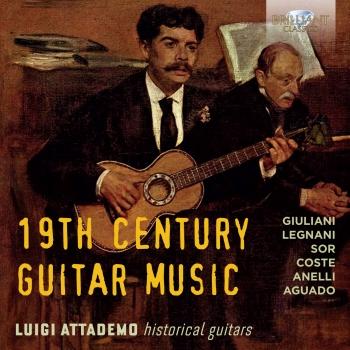 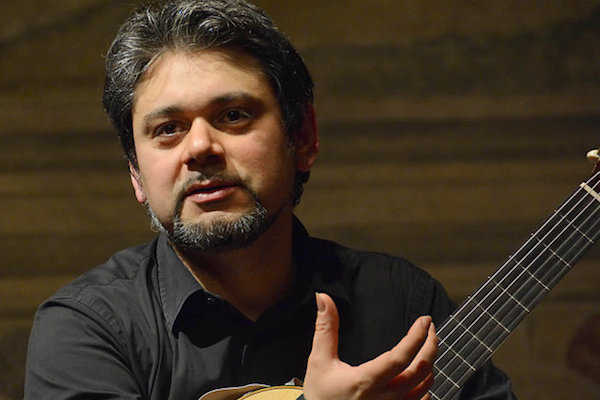 Luigi Attademo
Award-winning in several national and international competitions, among the others the “Concours International d’Exécution Musicale (CIEM)” in Geneva (1995), Luigi Attademo was pupil of the guitarist-composer Angelo Gilardino. He has been invited as a guest in several festivals and he has given the first performance of many contemporary works. Among his teachers, Julius Kalmar (conduction), composers as Giovanni Guanti, Dusan Bogdanovic and Alessandro Solbiati, and the harpsichord player Emilia Fadini (Baroque music). Graduate in Philosophy with a dissertation on the musical interpretation, he published a book about this subject. He is contributor to several specialized magazines. He worked in the Archive of the Andrés Segovia’s Foundation (Linares-Spain), to catalogue its manuscripts, and he discovered some unknown manuscripts of important composers, such as Jaume Pahissa, Alexandre Tansman, Gaspar Cassadò and others. He recorded several CDs, particularly dedicated to Baroque music and to Segovia Repertoire. In the 2007, Guitar Review dedicated an interview and a CD to his works. In 2010 he gave concerts in London, Madrid and in Australia, performing contemporary music and two different projects about Villa-Lobos and Segovia, instead in 2011 he was invited at GFA Festival where he proposed his projecton Baroque music. He teaches at ISSM Gaetano Donizetti in Bergamo (Italy), and he is often invited as expert at the Geneva and Lausanne Conservatories. From 2010 he is invited to give a lecture/recital at Royal Academy of Music of London. After his his cd dedicated to Scarlatti's Sonatas (2009), in 2011 he recorded a double cd dedicated to Bach music for lute, published by the Brilliant Classics. In 2013 he worked to a book and a CD on the 'Paganini Project' (contemporary music for guitar), published by the Sinfonica Editions. In the same year, he has recorded with the complete music for guitar by Niccolò Paganini (Brilliant Classics). This year the Italian magazine Amadeus dedicated him an issue, publishing a new recording on Fernando Sor's masterworks.