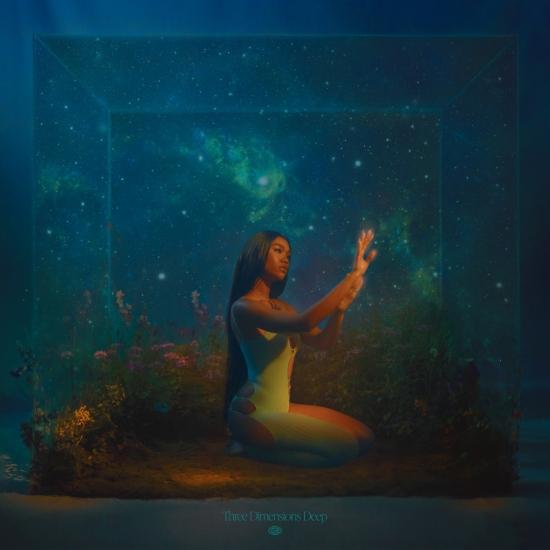 New York based singer, songwriter and producer Amber Mark releases her long-awaited debut album Three Dimensions Deep via EMI/PMR Records. Amber’s debut album arrives almost 4 years after the release of her second EP ‘Conexão’, an extended process that has proved central to its thematic development. The 17 track album can be divided into three main acts that follow the arc of Amber’s personal and musical development; WITHOUT, WITHHELD and WITHIN. Beginning by acknowledging her insecurities and anxieties before reflecting on her time in denial and spent processing them in all the wrong ways, Amber eventually widens her focus by seeking answers to the world’s negativity and trauma on a cosmic scale. Finding peace and a form of inherent spirituality in the world of astrophysics while writing the album led to a fresh perspective on life and a renewed sense of self. Amber’s debut album is simultaneously a profound concept album and a love letter to herself, richly intertwining messages of self-worth and reflections on the universe beneath a veneer of shimmering pop.
In true Amber Mark style, Three Dimensions Deep is a kaleidoscopic melting pot of influences and genres, drawing from funk and R&B, soul and hip-hop with international accents influenced by a nomadic childhood spent travelling the world with her late mother. The three official singles already released from the album ‘Worth It’, ‘Competition’ and ‘Foreign Things’ marked Amber’s first official singles since 2020’s ‘Generous’, though 2020 was still a hugely productive year for Amber. With her hometown of NYC hit hard in the first wave of the pandemic and placed under strict lockdown, Amber turned to her simple home studio to create an acclaimed series of home-produced covers and originals titled ‘Covered-19’, each accompanied by a homemade video and artworks. The series was followed by a collaboration with longtime friend Empress Of on the protest song ‘You’ve Got To Feel’, earning Annie Mac’s Hottest Record, ‘Tune Of The Week’ and a spot on the Radio 1 playlist.
Amber Mark 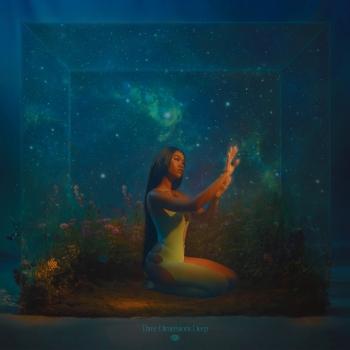