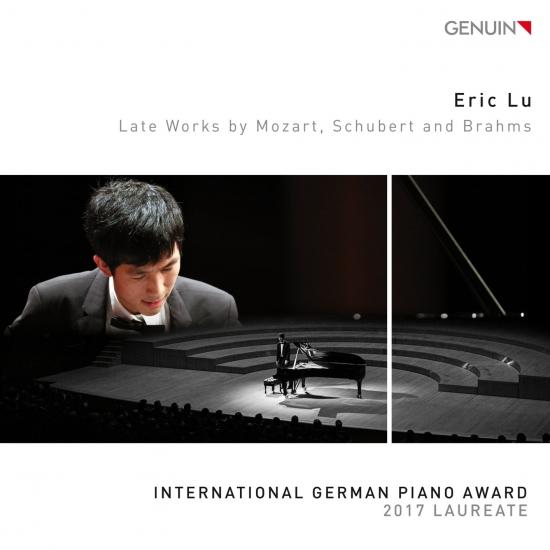 Late works played by a young achiever: The up-and-coming American pianist Eric Lu plays major works of music on his first GENUIN CD. With this, he casts a spell on us from the distant opening bars of Mozart's A minor Rondo! Schubert's Impromptus also come from a different world and with Brahms piano pieces op. 118 he lets the autumn of Romanticism blow over to us. Listening to these recordings, one can understand why he not only won the International German Piano Award 2017, but also the Chopin Competition and, and, and, and... Transcendent!
Eric Lu, piano 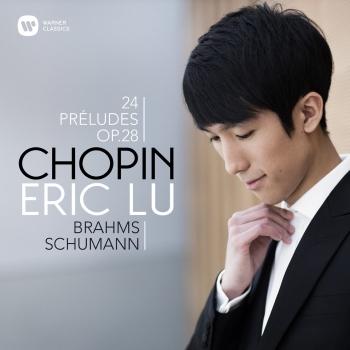 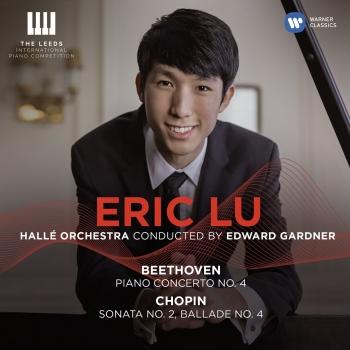 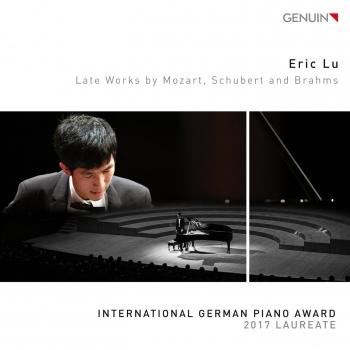 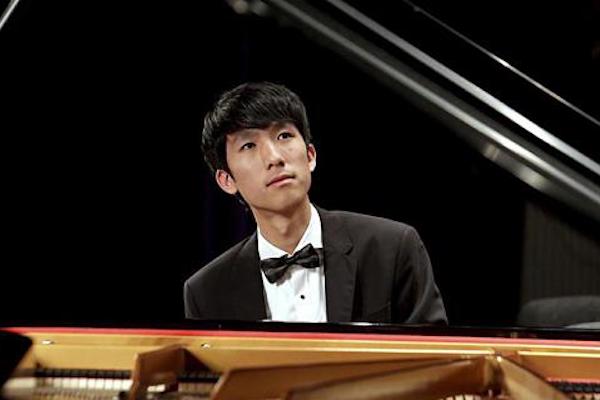 Eric Lu
Nineteen years old at the time of this recording, Eric Lu chose to follow up his debut album of Chopin works with some of the deepest and most personal music written by Franz Schubert, Johannes Brahms and Wolfgang Amadeus Mozart. A young pianist with enormous promise, Eric Lu first gained international acclaim by winning Fourth Prize at the 2015 International Chopin Piano Competition in Warsaw, becoming one of the youngest laureates in the history of the prestigious competition. That same year he won First Prize at the 9th National Chopin Competition in Miami. He subsequently won the 2017 International German Piano Award in Frankfurt and was also awarded the Audience Prize by a nearly unanimous vote. The Frankfurter Allgemeine Sonntagszeitung praised the “phenonmenal technical mastery” of his playing, emphasizing that though “he may seem shy, he is able to captivate his audience.” The Verlagsgruppe Rhein-Main commended his performance as “sensitive, alternating between melancholy and rebellion, he brings out the expressive threads of the work and sculpts melodic lines from the virtuoso and richly textured piano part with fascinating lucidity.” Following these successes, over the past two years Eric Lu has received invitations to perform in many important venues around the world, including Carnegie Hall in New York, the Auditorio Nacional in Madrid, the Alte Oper Frankfurt, twice returning to the “Chopin and his Europe” Music Festival in Warsaw’s National Philharmonic, the Jordan Hall in Boston, the Taipei National Concert Hall, the Beijing Concert Hall, the Strathmore Music Center in Washington, D.C., the International Chopin Festival Duszniki in Poland, the NOSPR Concert Hall in Katowice, the Krakow Philharmonic Concert Hall and the Nohant Chopin Festival in France. After the Chopin Competition, Eric Lu went on tour in Japan and Korea with the Warsaw Philharmonic, including performances at the Tokyo Metropolitan Hall, the Seoul Arts Center, the Osaka Symphony Hall and the Sapporo Arts Center. Eric Lu has collaborated with many orchestras, including the Warsaw Philharmonic, the Minnesota Orchestra, the Staatskapelle Halle, the National Philharmonic Strathmore, the Arthur Rubinstein Philharmonic, the Orchestra of the 18th century, the Orquestra Clásica Santa Cecilia, the New Jersey Symphony, the Sinfonietta Cracovia, the Poznań and Kielce philharmonic orchestras and the Cincinnati Chamber Orchestra. Eric Lu is currently studying at the Curtis Institute of Music in Philadelphia with Robert McDonald and Jonathan Biss. He is also a student of the pianist Dang Thai Son. Eric Lu started piano lessons at age five with Dorothy Shi. He was described by the New York Classical Review as a musician of “exceptional musical sensitivity” and Michael Moran of the Duszniki Chopin Festival proclaimed, “The tone Eric Lu produced was luminous, the articulation spellbinding and exciting, the legato and bel canto desperately moving.”