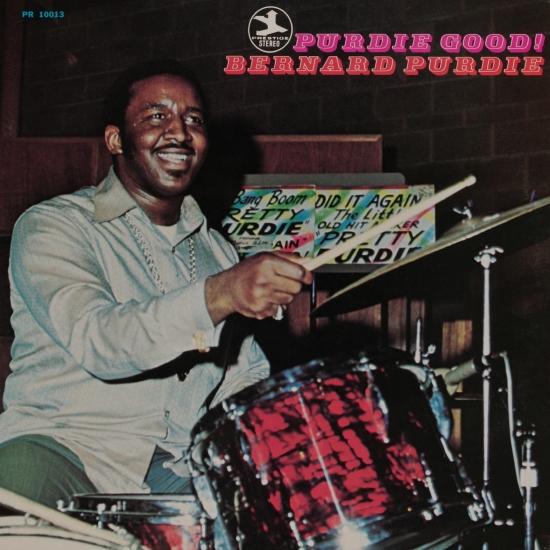 Purdie Good! was recorded early in 1971 by legendary engineer and audio obsessive Rudy Van Gelder at his bespoke studio in Englewood Cliffs, New Jersey and has all the quality hallmarks of that esteemed locale. Three Purdie-penned originals are balanced by three covers of hits du jour, utmost among them an absolutely blazing romp through James Brown’s “Cold Sweat.”
An innovator of the funk style of drumming in the 1970s, Bernard "Pretty" Purdie recorded for Prestige during the same years as Houston Person. Purdie had previously played a whole range of session work - he was the drummer on James Brown's It's A Man's Man's World and he'd also participated in several rock dates during the CBS Rock Machine Turns You On era. He became musical director for Aretha Franklin from 1970-75 (his love of her music comes over in the heartfelt Soul Sister Number One from his Flying Dutchman album Soul Is. ..Pretty Purdie.
Bernard Purdie, drums
Tippy Larkin, trumpet
Charlie Brown, tenor saxophone
Warren Daniels, tenor saxophone
Harold Wheeler, electric piano
Ted Dunbar, guitar
Billy Nichols, guitar
Gordon Edwards, electric bass
Norman Pride, congas
Produced by Bob Porter
Digitally remastered 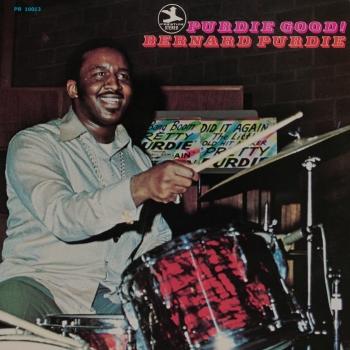