Bach’s harpsichord concertos are arguably the first in the history of music designed specifically for this instrument. Composing them, Bach aimed to adapt the string writing of Italian instrumental concertos to a keyboard instrument, while simultaneously enriching this style with typically-German traits such as counterpoint and motivic development. Francesco Corti and il pomo d’oro present concertos BWV 1052, 1053, 1055 and 1058 as the first volume of what should become a cycle spanning four albums. Corti has chosen to combine these four concertos for the full orchestral sound they call for, while later recordings in this series will have a chamber setting in comparison. For tempo choices and melodic variations, Corti has been inspired by treatises from Bach’s time, as well as the composer’s own written-out ornamentations.
Francesco Corti belongs to the most established harpsichordists of his generation. He makes his PENTATONE debut together with the multi-award-winning ensemble il pomo d’oro, who recorded two vocal recital albums with the label: Carnevale 1729 with Ann Hallenberg (2017), as well as Prologue with Francesca Aspromonte (2018).
Francesco Corti, harpsichord
Pomo d'Oro 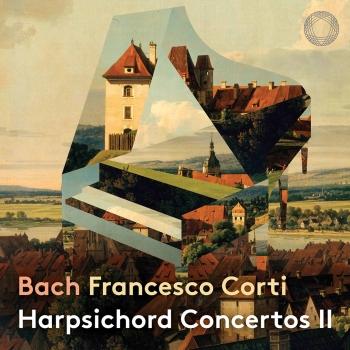 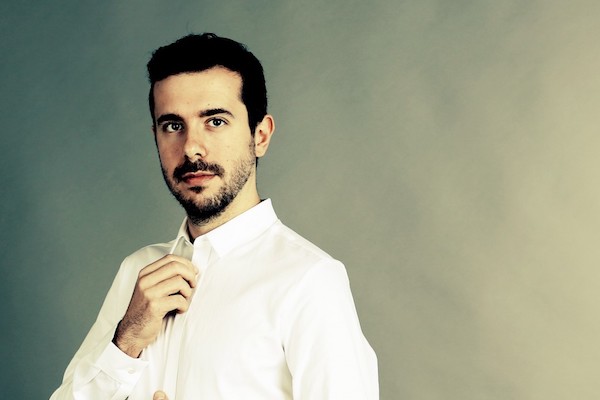 Francesco Corti
was born in Arezzo, Italy, in a musical family in 1984. As a young child, he was taught by his mother, A. Seggi, and then by G. Giustarini. He studied organ and composition for organ in the class of W. van de Pol at the "Morlacchi" Conservatoire in Perugia, then harpsichord at the Conservatoire Superieure de Musique of Geneva with A. Fedi and at the Conservatorium van Amsterdam with Bob van Asperen. He has also attended masterclasses with C. Rousset, G. Leonhardt, M. Meyerson, B. Winsemius, E. Kooiman, L. Tamminga, L.F. Tagliavini at important musical institutions such as the Zomerakademie voor Organisten of Haarlem, the Académie Musicale de Villecroze and the Accademia Chigiana di Siena (where he received a "Diploma di Merito").
He was awarded in international competitions for harpsichord, organ and chamber music and in 2006 he obtained the first prize of harpsichord at the XV International "Johann Sebastian Bach" Competition in Leipzig. In 2007 he was awarded the second prize at the Bruges Harpsichord Competition. As a soloist, he has appeared in recitals and concerts all over Europe, in the USA, Mexico, Island, Japan and in New Zealand.
In 2007 he was called by M. Minkowski to join Les Musicien du Louvre-Grenoble, where he plays continuo and solo harpsichord and organ. He also plays with other famous early music groups such as Le Concert des Nations (J. Savall), La Scintilla (A. Pesch), Ensemble Zefiro (A. Bernardini), Ensemble Elyma (G. Garrido), and Musica ad Rhenum (J. Wenz).
His first solo recording (Harspichord suites by Louis Couperin, recorded on the original Ruckers Harpsichord conserved in Neuchatel, Switzerland) has been published in 2007.