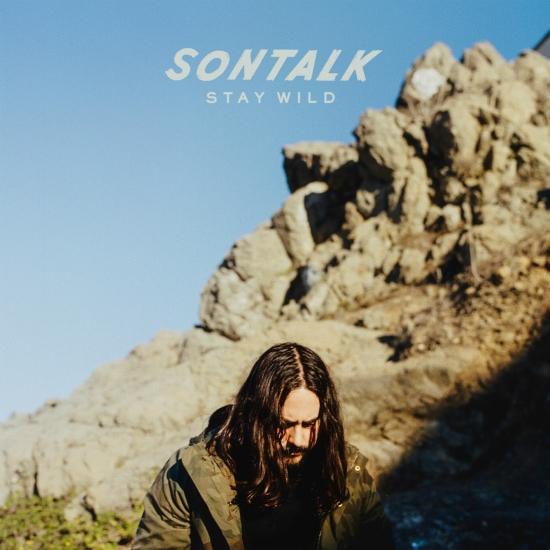 "Stay Wild", the debut album from SONTALK, is set for release MARCH 15 from Sony Music Masterworks. Available now for preorder, the twelve-track collection follows the personal trials, tribulations and triumphs of JOSEPH LEMAY, the singer-songwriter and multi-instrumentalist behind SONTALK. Included with today's preorder is "I AM A MOUNTAIN," a multilayered, enveloping ballad detailing the before-and-after of a tumultuous relationship. Sonically, "I Am A Mountain" serves as the dynamic apex of Stay Wild, featuring a loping pace and persistent, driving beat that swells and crescendos to mimic the emotional rise and fall of a failing relationship - listen here.
"'I Am A Mountain' is a song with a few trajectories of meaning," says SONTALK. "On one level, it's a story about a mountain being exploited by a mining company. On another level, it's a story about a person with a heart of gold being totally used up by a parasitic individual. And on a third level, it's about how life seems to take the most out of the people with the purest hearts and the most good to offer the world. On Stay Wild, 'I Am A Mountain' comes at a point in the album where the main character is far from home and has come to a full understanding of just how much life has taken out of him."
By way of familial candor and visceral vulnerability, the twelve tracks comprising SONTALK's 2019 full-length debut album, Stay Wild, chronicle musician Joseph LeMay's journey of self-reflection, discovery, acceptance and, ultimately, growth. Throughout the creative process, LeMay's path spanned everything from frequent admittance to the psychiatric ward due to intense bouts with bipolar disorder and a suicide in the family to the birth of his son and ultimately, his creative awakening as SONTALK. In 2016, LeMay met producer Jeremy Lutito [Chuck Berry, Colony House] at the suggestion of engineer Logan Matheny. Together, they brought the vision of SONTALK to life, recording Stay Wild alongside Matheny at Big Light Studio.
Describing it as, "a series of open letters the main character leaves for his inner child," LeMay imbues his debut with moments of triumph and despair, tossing and turning between emotional extremes to create an openly honest dialogue with himself and listeners. The inner duality LeMay speaks of is a notion fully explored throughout the entirety of Stay Wild, an expansion of the emotional terrain covered by his introductory EP, SONTALK: Act I, released last April. On Act I, the lead single "I Am A War Machine," through jagged textures and frenetic rhythms, LeMay invokes a voice on the verge of mental unraveling while simultaneously realizing its volatility and gaining awareness.
The follow-up to Act I and lead offering from Stay Wild, "Baby, I'm Gone" fuses a stark and soulful vocal to sinewy acoustic guitar and a glitchy beat, with LeMay's haunting voice echoing with powerful passion and plaintive poetry. Rolling Stone named "Baby, I'm Gone" one of the 10 best new releases of the week, calling the track, "an evocative, compelling song about leaving negative feelings in the rearview mirror." Elsewhere the album is grounded by LeMay's powerful vocals and a delicate dissonance of multifarious sonic textures that range from distorted slide guitar transmissions, sequenced beats, vinyl samples and warm electronics. The result is a deeply emotional journey into LeMay's life, offering a therapeutic and universal wisdom meant to be shared for a long time to come.
"Whenever somebody lays themselves bare and is vulnerable, it's easier to empathize," concludes SONTALK. "My hope is that by being honest, I can give listeners something to hold on to. By reflecting, I'd love to help people with their own self-reflection. For others who have had experiences like I've gone through, I hope the music is a consolation. I'm reminding them they're not alone. This is just my version of a universal experience."
SONTALK 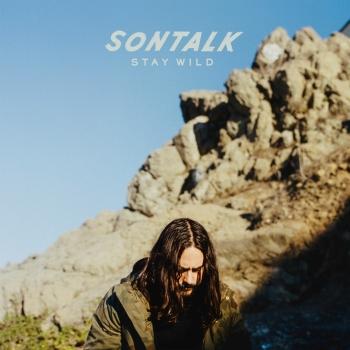 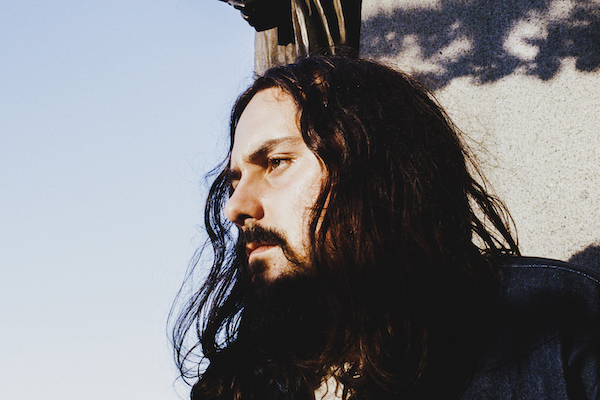 SONTALK
is the duality that exists in all of us. It's stream-of-consciousness songwriting. It's dissonance - distorted synth lines, fractured beats, and warped slide guitar. It's emotional terrain. It's a journey of self-examination and redemption. It explores the rift between who we desire to be and the person we discover we actually are. It accepts fragility. It celebrates honesty. It's not perfect. It's what it means to be human.