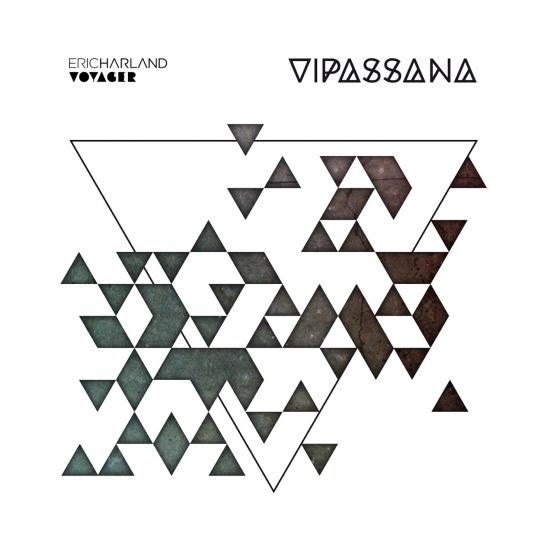 Drummer Eric Harland mixes Eastern religious practice with Western jazz on this album that literally translates into “Insight Meditation.”
The multiple voices melding together on pieces such as “Relax” or “VI” almost sound like Tibetan chants, while others have Smith’s thick tenor lyrically laying out pleas over cascading rhythms on “Capacity” and the restless and propulsive “Singularis,” which melds various worlds superbly. Some folksy acoustic guitar on “Greene” has a 70s feel to it while some hip-hopping closes the music for meditation album on “Dhyana.” Some tunes such as “Capacity” are strict post modern instrumentals, while most of the session works hard at capturing the drummer’s spiritual pilgrimage.
The prototypical Voyager tune contains a simple (or perhaps a deceptively simple) melody that can feel almost loopy (in the "looped up on my MPC" sense), but with enough rhythmic variation to give the tune a loopy (in the "bugged out" sense) feel. Under this melody, Eigsti's piano often adds some floating harmony while Raghavan's bass holds down the low end and Harland's drums both drive the melodic improvisations and explore all of the rhythmic spaces in between the notes. Harland doesn't swing in the classic sense of a jazz drummer playing triplets on his ride cymbal, but instead tends to chop the measure into infinitesimally small increments like a hip-hop producer on speed. This lets his drums interact with the melodic improvisation in the same way, essentially, that the prototypical swinging jazz drummer would (and I'm not saying here that Harland can't swing - check him out with, for example, SFJAZZ Collective - I'm just saying that this seems to be his preferred mode of drumming with Voyager). This sort of tune shows up in many places on Vipassana - "Raghavan", "Singularis", "Anjou", and "Capacity", to name a few. On these tunes, the interaction between the sax and guitar lines is critical, and Lage and Smith find a way to make these melodies soar, pulling out variation after variation on the basic themes. These tunes often feel like extended jams built around relatively spare heads, but this band makes it work, with more than enough improvisational ability to keep it interesting and more than enough feeling to really dig in. "Raghavan" is maybe the most successful of these tunes here, with a melody that will stick in your head, a drum freak-out in the middle, and great improvisation all around.
"It is strange to think that jazz drummer Eric Harland is only 36. It almost seems as if he has been an entrenched titan on his instrument for a couple of decades. What’s certainly true is that he is the representative jazz drummer of the generation that came after the successive jazz drum generations of Jack DeJohnette and Jeff “Tain” Watts.
The news couldn’t be better in Harland’s case. Though he’s played with Wynton Marsalis, among countless others, he is, without question, the best drummer Charles Lloyd has played with since DeJohnette, almost in another lifetime.
“Vipassana” is a disc cousin to the last few Lloyd discs. It means the Buddhist meditation of seeing things as they really are. “No more was or will be,” as the disc’s publicity describes it, “only an infinite ‘this is.’ ” Which makes it as a disc title either a presumptuous one for a drummer or a modest one describing the bliss of his group playing together.
So extremely varied and eclectic – as well as melodic – is this disc that it sounds like something the much-underrated British saxophonist Courtney Pine released in the days when he was thought of as Branford Marsalis’ transatlantic twin. This is a drummer’s disc in that his contribution to the music is continuously inventive and artful.
As a jazz group, Harland’s Voyager is an extremely fine one for this generation – saxophonist Walter Scott, pianist Taylor Eigsti, guitarists Julian Lage and Nils Felder, singer Chris Turner and bassist Hamish Raphavan.
Originals comprise most of it (“Normal” is a sort of Bobby McFerrin folk-rock search to define that most familiar word). But when it gets around to Herbie Hancock’s “Maiden Voyage,” it’s a fresh version of one of post-bop’s most beautiful tunes. A beautiful album." (Jeff Simon)
Eric Harland, drums
Walter Smith III, tenor saxophone
Taylor Eigsti, piano
Julian Lage, guitar
Nir Felder, guitar
Harish Raghavan, bass
Chris Turner, vocals
Produced by Eric Harland
Please note: the album consists out of different sampling rates! 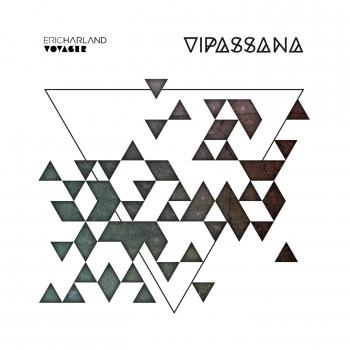 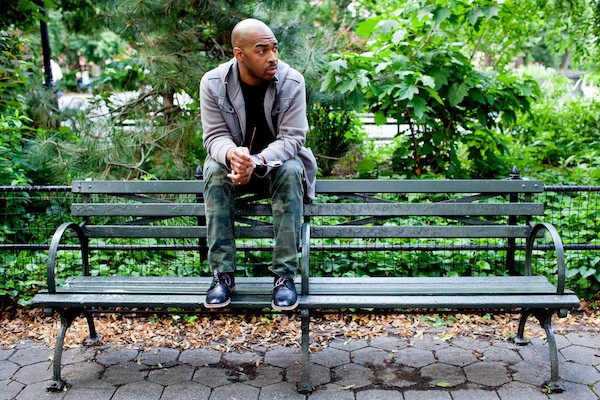 Eric Harland
Multi-Grammy Nominated Drummer, Eric Harland is the most «In demand drummer» of his generation. He has already been on close to 200 recordings at his age of 36. Eric has been recognized in the Boston Globe, New York Times, JazzTimes, Modern Drummer, All About Jazz, The New Yorker, DownBeat, L’uomo Vogue and other prominent publications.
It has been his privilege to share the stage with masters such as Betty Carter, Joe Henderson, MyCoy Tyner, Michael Brecker, Terence Blanchard, Branford and Wynton Marsalis, Wayne Shorter, Savion Glover, Bill Cosby and many others, as well as todays up and coming artist like Esperanza Spalding, Jane Monheit, Taylor Eigsti, Julian Lage, Stacie Orrico and so on.
His current list of performing groups are “JAMES FARM” with Joshua Redman, “PRISM” with Dave Holland and Kevin Eubanks, “SANGAM” with Charles Lloyd and Zakir Hussain, “Charles Lloyd New Quartet”, “OVERTONE” with Dave Holland, Jason Moran, Chris Potter and “VOYAGER” Eric’s own widely recognized group. But Eric doesn’t stop there, he also manages to fit in many collaborations with world renowned artist like Les Claypool “PRIMUS”, “DISPATCH” the band, John Mayer, Spike Lee, Mariah Carey, Randy Jackson from “AMERICAN IDOL” and etc.
Through Harland’s extensive travels, he has come to realize that «The deepest secret is that life is not a process of discovery, but a process of creation.»
When Eric Harland contributes… his intention is therefore to create the highest musical experience sothat every listener may have insight… into the musical moment.