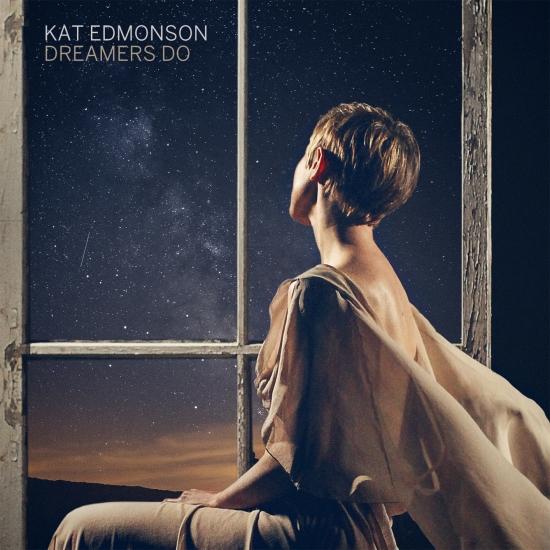 Info for Dreamers Do

"Dreamers Do", Kat Edmonson's 2020 release, explores the common human struggles around daring to dream, including a range of emotional and psychological consequences. The music all takes place over the course of one, sleepless night.
The album begins with a promising invitation to settle in for the night and dream. Joy and magic are revealed before an eventual left turn is taken, and a wild night ensues. A question gets raised in Kat's vulnerable original, "Too Late to Dream": "Are the messages we receive as children about following our dreams relevant through adult life?" Self-despair is explored, however all doubts are ultimately laid to rest in a stunning duet with guitarist Bill Frisell on the song "Age Of Not Believing." Frisell's warm playing sounds like a sun rising and his cameo, which comes in the album's 11th hour, evokes an angel, delivering a much-needed message of hope. To ensure the message is received, hope is echoed prominently in the album's penultimate offering - a bouncing, twinkling rendition of the American Songbook classic, "What a Wonderful World".
"Dreamers Do" is a mix of Edmonson's original songs and re-imagined American Songbook standards (many of them, Disney songs from the mid-20th Century) arranged in the style of Kat's trademark vintage-pop, jazz, and chamber-pop. Musical influences were drawn from Africa, Brazil, China, India, Mexico, Europe, and early to mid-century United States. Instruments featured on Dreamers Do include kora (West African harp), tabla, steel pan, erhu & pipa (Chinese string instruments), harp, theremin, celeste, polyphonic synthesized sounds, piano, organ, acoustic guitar, acoustic bass, drums, a multitude of percussion, strings, woodwinds, and voices.
Possessing a fleet, light voice and a sly touch, jazz vocalist Kat Edmonson brings both the songs and the sensibility of the Great American Songbook into the 21st century.
"Astute readers will recall Edmonson's last album, Old Fashioned Gal, was my favorite jazz vocal album of 2018. I am even more impressed with this one as she goes a step further, mixing originals with some Disney classics she remembers from childhood. In a note she said that she imagines them during a sleepless night. If so, it had to be a sleepless night at the Carlyle, New York's premiere cabaret club, amidst the ghosts of a past childhood, and echoing a young Blossom Dearie. The central question is best summed up in 'Too Late to Dream,' the album's centerpiece, as how are we to act on those dreams we once had when we were young? What do they cost us if we follow through on them, and what do we loose if we don't? These are, of course, rhetorical questions, but one thing is certainly clear, it's in the asking of such questions that enables Edmonson - and us - to live an examined life. This is an album to get lost in, to take the journey, sentimental and intellectual, on the road to find out." (Amos Perrine, No Depression)
Kat Edmonson, vocals 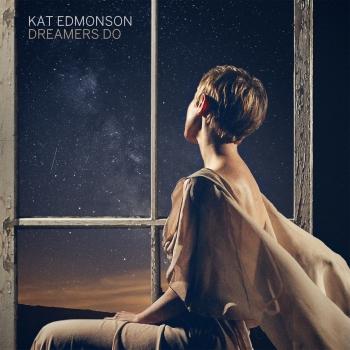 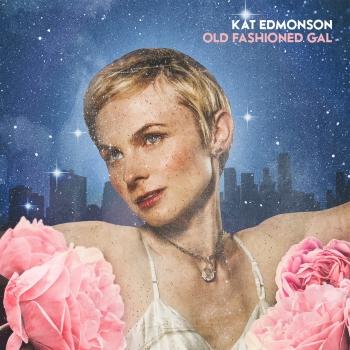 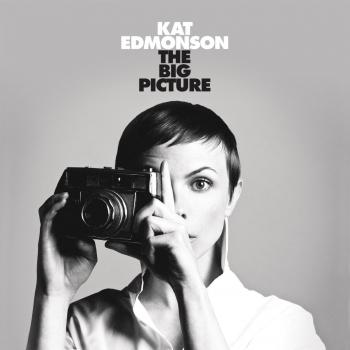 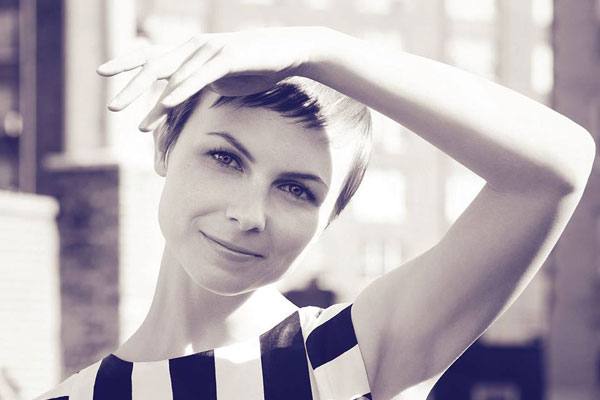