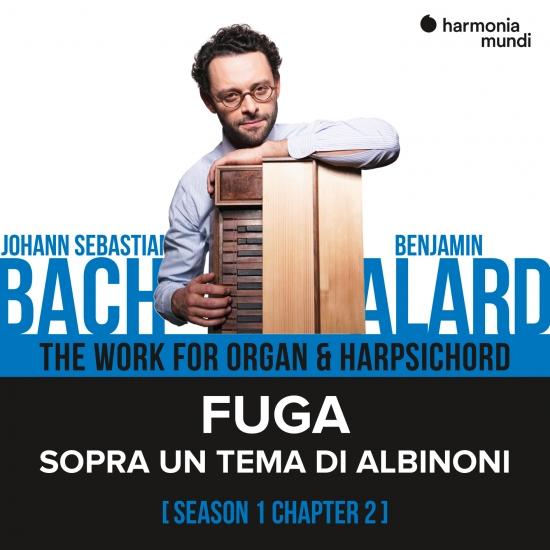 Following several acclaimed recordings for Alpha, Benjamin Alard will now devote himself to the complete works for organ and harpsichord of Johann Sebastian Bach.
A massive undertaking, involving around 30 hours of music, which will be structured into chapters that mark the significant moments in the life of the Cantor of Leipzig: “This is indeed the first time Johann Sebastian Bach’s complete works for solo harpsichord will be performed by the same musician. Contrary to the encyclopaedic complete works so far published (harpsichord, organ, cantatas, concertos, etc. ), my approach is to present Bach’s harpsichord music in parallel with the chronology of his life, his influences, his travels, his professional choices, grouped symbolically into 14 chapters, to represent the number of letters in his name.” (Benjamin Alard)
Recorded last May on the Andreas Silbermann organ of 1718 (recently restored by the Blumenroeder Company) at Sainte-Aurélie’s Church in Strasbourg, and on a harpsichord made by Émile Jobin, inspired by models he has restored (Ruckers 1612, preserved in the Musée de Picardie; Dulcken 1747, preserved in the Vleeshuis, Antwerp), the first volume of this complete works will bring together pieces composed between 1695 and 1705, under the title “The Young Heir”, and will be released on 30 March 2018, the anniversary of Bach’s birth.
Benjamin Alard, harpsichord, organ 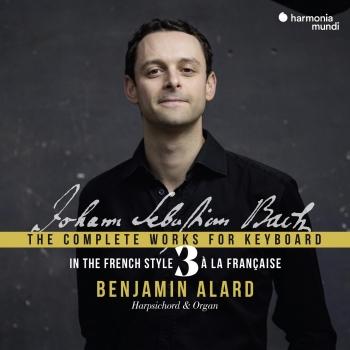 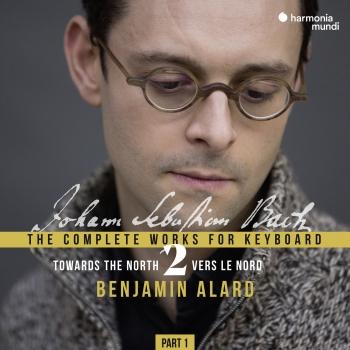 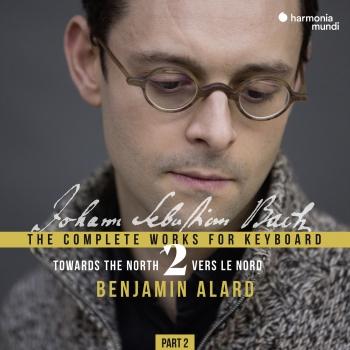 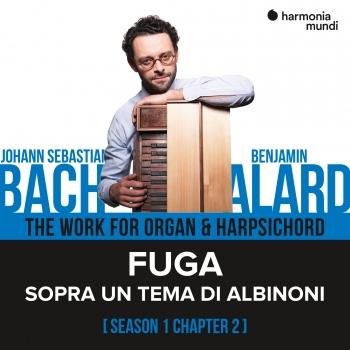 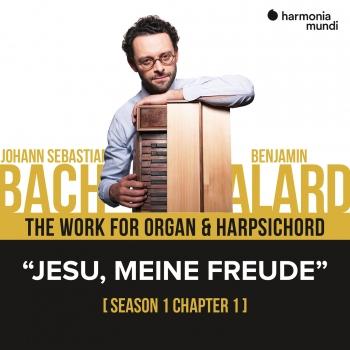 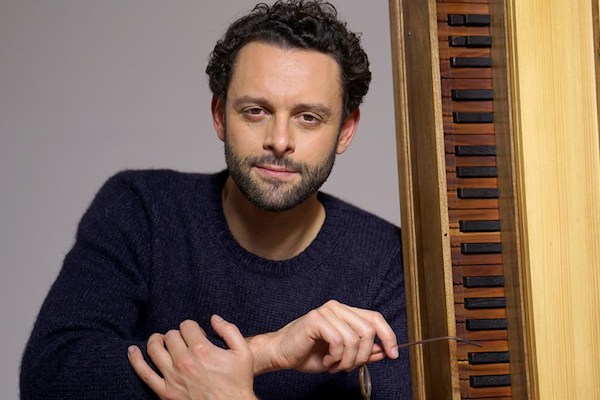 Benjamin Alard
Benjamin’s principal passion has always been the music of J.S. Bach and it was for his interpretation of this great composer that he was awarded first prize in the 2004 International Harpsichord Competition in Bruges.
While still quite young he began studying music in his hometown in Dieppe, France. He was soon drawn to the organ and entered the Conservatory of Rouen where he studied with Louis Thiry and François Ménissier.
He was first introduced to the harpsichord by Elizabeth Joyé, with whom he studied in Paris before going on, in 2003, to the Schola Cantorum in Basel to work with Jorg-Andreas Botticher, Jean-Claude Zehnder and Andrea Marcon.
Since 2005 he has been organist of the Bernard-Aubertin organ in the church of Saint-Louis-en-l’Ile where each season he gives concerts about the music of Bach.
Today Benjamin Alard divides his time between performing recitals and chamber music on both the harpsichord and organ. He often performs repertoire for two harpsichords, in duo with the violinist Francois Fernandez and in various formations with the brothers Barthold, Sigiswald and Wieland Kuijken. He is regularly invited to perform as soloist in music series in Europe, Japan and North America.
Since 2005 he has been a member of La Petite Bande, an ensemble founded in 1973 by Gustav Leonhardt and Sigiswald Kuijken, often, in the last few years, conducting the group from the harpsichord.
Benjamin Alard has recorded for the label Hortus and has made several recordings of works by J. S. Bach for Alpha. His recordings have consistently received high praise from the press and have been awarded multiple prizes.
He will now devote himself to the complete works for harpsichord and organ solo of Johann Sebastian Bach for harmonia mundi. The first box will be released in Spring 2018.