The Who Sell Out (Stereo Deluxe Version) The Who 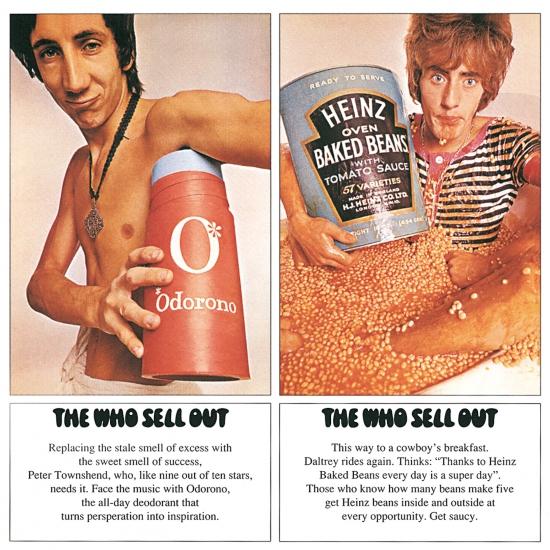 Info for The Who Sell Out (Stereo Deluxe Version)

'Pete Townshend originally planned The Who Sell Out as a concept album of sorts that would simultaneously mock and pay tribute to pirate radio stations, complete with fake jingles and commercials linking the tracks. For reasons that remain somewhat ill defined, the concept wasn't quite driven to completion, breaking down around the middle of side two (on the original vinyl configuration). Nonetheless, on strictly musical merits, it's a terrific set of songs that ultimately stands as one of the group's greatest achievements. 'I Can See for Miles' (a Top Ten hit) is the Who at their most thunderous; tinges of psychedelia add a rush to 'Armenia City in the Sky' and 'Relax'; 'I Can't Reach You' finds Townshend beginning to stretch himself into quasi-spiritual territory; and 'Tattoo' and the acoustic 'Sunrise' show introspective, vulnerable sides to the singer/songwriter that had previously been hidden. 'Rael' was another mini-opera, with musical motifs that reappeared in Tommy. The album is as perfect a balance between melodic mod pop and powerful instrumentation as the Who (or any other group) would achieve; psychedelic pop was never as jubilant, not to say funny (the fake commercials and jingles interspersed between the songs are a hoot).' (Richie Unterberger, AMG)
Roger Daltrey, lead and backing vocals, percussion
John Entwistle, bass, vocals, horns, sound effects
Pete Townshend, guitar, vocals, keyboards, pennywhistle, banjo, sonovox
Keith Moon, drums, backing vocals, percussion, sound effects
Al Kooper, keyboards, organ
Recorded from May – November 1967 at Talentmasters Studios, New York City, New York IBC Studios, Pye Studios, De Lane Lea Studios, CBS Studios, and Kingsway Studios, London, England
Produced by Kit Lambert
Digitally remastered

WHO (Deluxe & Live at Kingston)

The Who By Numbers

A Quick One (Stereo Version)

The Who Sell Out (Stereo Deluxe Version)

Who's Next (Remastered Deluxe Edition)

Who Are You (Remastered)

THE WHO
There are four names always on or near the top of the list of all time great Rock ‘n’ Roll bands: The Beatles, The Rolling Stones, Led Zeppelin and The Who.
The Who was formed by sheet-metal worker Roger Daltrey in 1963. The the line up, after a couple of adjustments, established itself with Daltrey on lead vocals, Keith Moon on drums, John Entwistle on bass and Pete Townshend on lead guitar. Townshend, honouring his art student credentials, wrote (and still writes) music famous for having an ‘edge’, complemented by the wildly creative performance techniques of each member of the band.
It is generally acknowledged among rock aficionados that The Who in their heyday were the most exciting live band on the planet, with their Live at Leeds album (1970) hailed as the greatest live album of all time. The compositional skills of Townshend have always been way beyond the conventional, as is proven not only in classic songs like ‘My Generation’ and ‘Baba O’Riley’ but also in his two great rock operas (a form he more or less invented single-handed) Tommy and Quadrophenia.
Today, despite the deaths of Keith Moon and John Entwistle, The Who remain a potent force on the rock music scene. Their Concert for New York City appearance after the tragedy of 9/11 was a classic, as have been their annual performances at the Royal Albert Hall in aid of the Teenage Cancer Trust. In 2006, Pete Townshend wrote The Who’s first studio album for the new millennium, Endless Wire and the band toured Europe and the U.S. during 2006 and 2007.
The Who are still highly active, with Townshend continuing to write and seek new musical challenges and Daltrey still the charismatic frontman he’s always been. The Who have recently launched their very first official website, www.thewho.com.