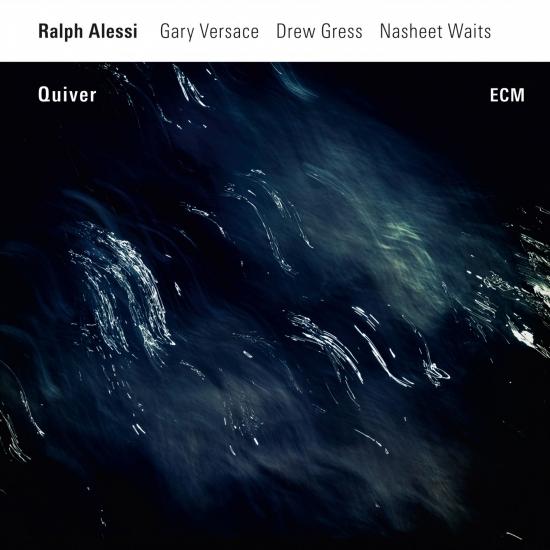 Trumpeter Ralph Alessis ECM leader debut 2013s Baida was the album where everything came together for him, according to Nate Chinen in a JazzTimes profile. Without abandoning his yen for oppositional energies, its a beautifully coherent statement, not just his most accomplished album but a contender for one of the years best.
Baida indeed went on to become the most lauded release of Alessis career, with The New York Times praising the music for its balance of elegant precision and power.
With Quiver, Alessi teams with pianist Gary Versace and the trumpeters longtime rhythm section of choice bassist Drew Gress and drummer Nasheet Waits to create a follow-up of quicksilver melodicism and subtly energized rhythm; there is a lyricism to Alessis playing that channels such forebears as Miles Davis and Kenny Wheeler, the mood reflective, even pensive.
As DownBeat says, Alessi works between the notes, his thoughtful, conversational solos as meditative as a calligraphers art, each line free-flowing and declarative but with immaculate shape and beauty.
Ralph Alessi, trumpet
Gary Versace, piano
Drew Gress, double-bass
Nasheet Waits, drums 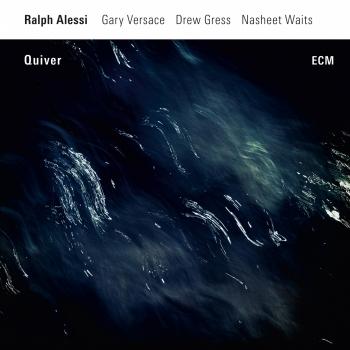 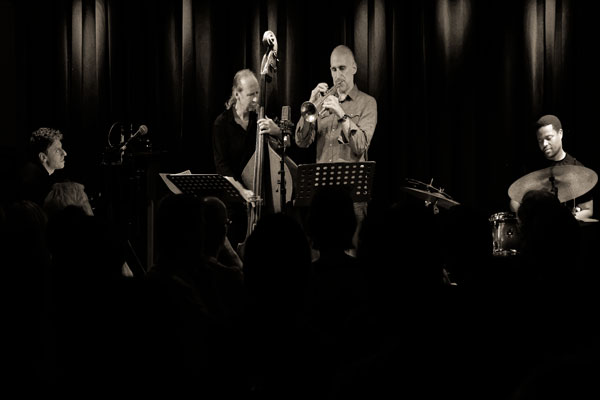 Ralph Alessi
Jazz Times magazine says Alessi has 'drop-dead trumpet chops' and calls his music 'as clean and airy and sophisticated and disciplined as post-modern progressive jazz gets.” Ralph Alessi was born in San Rafael, the son of classical trumpeter Joe Alessi and opera singer Maria Leone. (Brother Joe Jr. is principal trombonist of the New York Philharmonic, and Ralph himself freelanced as a classical player as he was coming up through the ranks.) But after taking degrees in jazz trumpet and bass—he studied under the legendary Charlie Haden at CalArts—he lit out for New York, where he swiftly became an ubiquitous presence on the downtown scene. He's been a frequent collaborator of such notable musicians as Steve Coleman, Don Byron, Ravi Coltrane, Uri Caine, Fred Hersch, Drew Gress, Dafnis Prieto and Jason Moran—most of whom have also played and recorded in Alessi’s own groups. Alessi has recorded five albums of originals which draw on everything from post-bop to neo classical. Jazz Times named This Against That's debut outing one of the ten best recordings of 2002, while All About Jazz dubbed its 2007 follow-up 'Look' “an outstanding work of intellect and fire.” Ralph will release 2 new CDs in 2010, a quartet record featuring Jason Moran and another This AGainst That record.