No Rest for the Wicked - EP Adam Baldwin 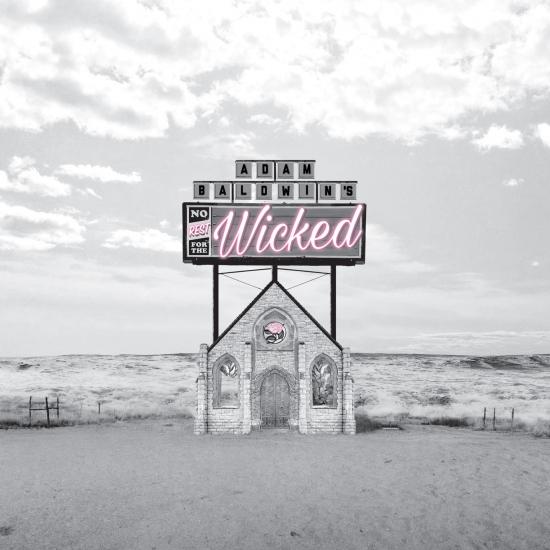 Info for No Rest for the Wicked - EP

There is a darkness in all of us, a force that tears us away from love and toward self-destruction, hell-bent on devouring the light we each hold precariously onto. And there are moments in our lives when we embrace that shadow self deeply enough that it threatens to consume us completely. A couple years ago, at his home beneath the MacDonald Bridge in Dartmouth, Nova Scotia, Adam Baldwin exiled himself from his friends and family to try to understand the substance abuse that had spun his life out of control. Writing until he couldn’t write anymore, he eventually distilled the 20+ songs that poured out of him into No Rest for the Wicked, a haunted reckoning of his relationship with his own wicked self. The result is no triumph, though it often sounds like one – opener “Half a Mind” explodes from the firepower of it’s snare shots into the kind of ‘80s-tinged, synth-heavy arena rock that begs for fist-pumping. Baldwin doesn’t bend reality to create a happy ending. Instead, he tells his story so far honestly, hunting down the beast in himself in order to hopefully figure out how to live with it.
While he turns his song-writing lens further inward on No Rest for the Wicked, he shoots for the rafters with bold, brash guitars, earth-shaking drums, and synths that by turns build doomy atmospheres or provide the rocket-fuel that propels a chorus to its interstellar heights. Recorded in Halifax and New York City by Gus Van Go and Werner F., the album builds on the promise of Baldwin’s award-winning No Telling When (Precisely Nineteen Eight-Five) and reveals a new sharpness to the skills he’s honed over the better part of 15 years, toughing it out on the road and in the studio, both solo and as part of Matt Mays’ band. During the writing process, he worked out song ideas over long drives through the streets of Dartmouth – “the gritty, sad, burnt out parts of the city,” he says – and Lawrencetown Beach, surrounded by the serenity of emptiness and the hum of the Atlantic Ocean. It was between these two places that the perspective of each song would manifest, presenting itself as either ghastly and anxiety-riddled or a vessel bound unsteadily toward calmer seas.
Each path is fraught and electrifying in equal measure. “Salvation” pulses with unsettling buzz-saw bass as a sinister voice hisses into our protagonist’s ear, trying to charm him into temptation. There’s a crack of light in the acoustic strum and shuffling tambourine of “Dark Beside the Dawn” as Baldwin hopes out loud that he might be capable of sustaining some brightness in his life while acknowledging its dual nature. “Delirious for Serious” rises and rises as its subject unravels through metallic jangles and flourishes from a muscled-up six-string. And “Shattered” arrives sweat-soaked and dance-ready, riding on a driving beat that belies a heartbreaking admission of guilt and recklessness. “Something wayward beckons toward a shallow grave,” Baldwin sings. “Is that your face in the wreckage?”
True to life, No Rest for the Wicked’s finale doesn’t provide any resolution to the conflict at its heart. The title track finds our ‘hero’ deep in the darkness at the edge of Dartmouth, coming to terms with the fact that floating wasted here, among the ghosts and shadows of the city, there is no peace to be found. As Baldwin, battling against the night, howls its coda, the song fades out on a jarring wave of feedback, leaving the future uncertain. But uncertainty holds the door open for hope, and any war between darkness and light is only lost when the fighting stops.
Adam Baldwin, guitars, vocals, piano, synthesizer
Brodie Peterson, bass
Matt Thauvette, drums
Ryan Stanley, guitar, backing vocals
Gus Van Go, percussion, backing vocals
Werner F, backing vocals 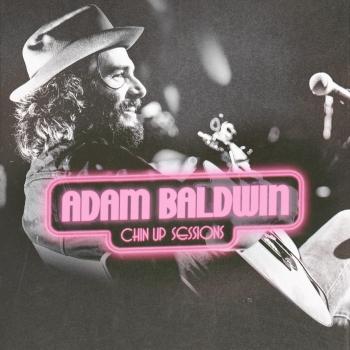 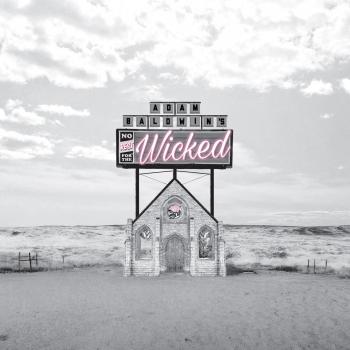 No Rest for the Wicked - EP 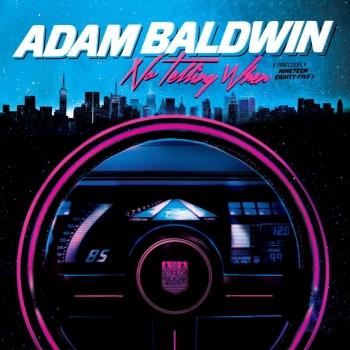 No Telling When (Precisely Nineteen Eighty-Five) 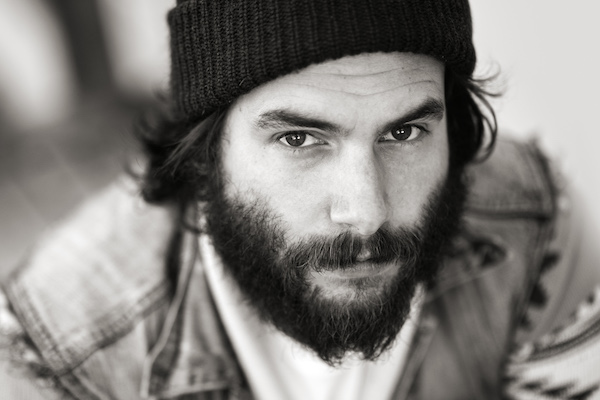 Adam Baldwin
is a Dartmouth, Nova Scotia based musician and songwriter, perhaps best known as a member of Matt Mays’ band since 2008. After a debut EP that offered a taste of his abilities, he has come into his own on his debut full-length album, No Telling When (Precisely Nineteen Eighty-Five), released in June 2016. The title is a concept, as Baldwin imagines New York City in 1985, while the city was still in transition from the downtrodden 1970s and at the height of yuppie madness. In No Telling When, Baldwin suggests we haven’t come very far. That’s a recurring theme on the record—broken dreams, political strife, and systemic failure. With his warm, sincere voice, Baldwin offers up insights that may lean dark and dreary, but are delivered with pop precision and propulsive energy.