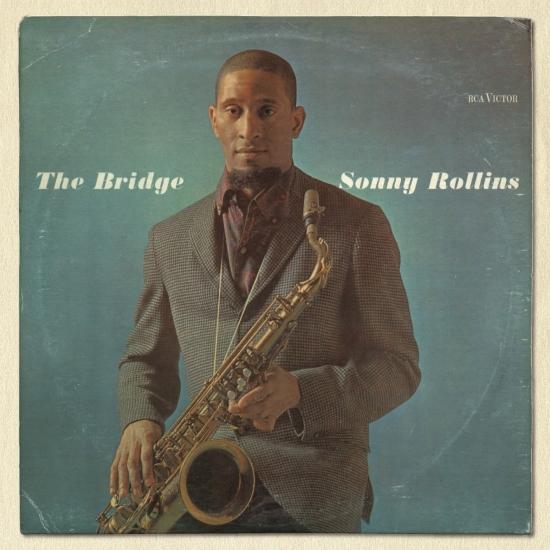 Info for The Bridge (Remastered)

The 1962 release of „The Bridge“ marked the end of Sonny Rollins's two year-plus hiatus from live performance and recording. An absolutely stunning comeback, the album clearly shows both the technical and spiritual benefits that can be gained from intense woodshedding. Sonny's tone, already legendary, is even more wonderfully full and mellow here. The whole band, especially the amazing Bob Cranshaw on bass, swings so breezily and blows so delicately, even on the up-tempo numbers, that "hard" bop almost seems a misnomer.
The album's title refers to an actual bridge (the Willamsburg, which connects Manhattan and Brooklyn), where Sonny spent long hours practicing alone, and the record possesses a deep, meditative quality which conjures perfectly the image of the city rushing by while a solitary man sits immersed in his music. Guitarist Jim Hall in particular seems to instinctively pick up on Sonny's vibe. On Billie Holiday's "God Bless the Child," Hall unfolds long, lush lines that are a model of taste and restraint, perfectly complementing every note of Sonny's sexy, bluesy solos. One of Sonny Rollins's finest albums, „The Bridge“ gives the listener an overwhelming sense of rightness.
Sonny Rollins, tenor saxophone
Jim Hall, guitar
Bob Cranshaw, bass
Ben Riley, drums
Harry "H.T." Saunders, drums (on "God Bless the Child")
Recorded on January 30, February 13 & 14, 1962
Engineered by Ray Hall
Produced by George Akavian, Bob Prince
Digitally remastered

Booklet for The Bridge (Remastered)