Eyes of the Heart Keith Jarrett 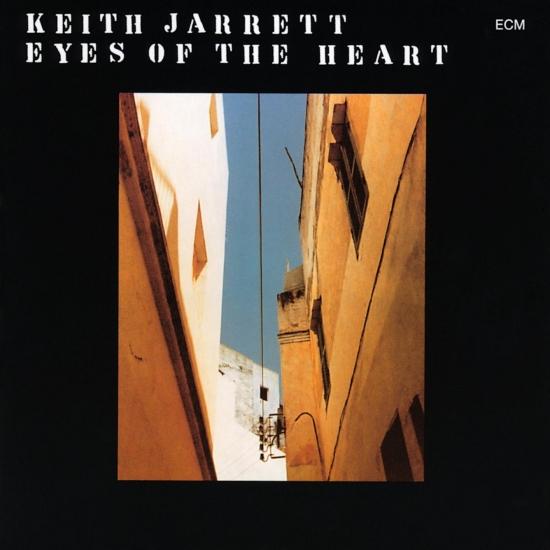 Info for Eyes of the Heart

Keith Jarrett's two primary '70s performing ensembles were based on two different continents (North America and Europe), and, for the most part, recorded for two different labels (Impulse and ECM). This 1976 recording of his American quartet was originally released in 1979, after they'd disbanded. Recorded live in concert in Austria, they're at their most organic here.
With Eyes Of The Heart, musician’s musician Keith Jarrett landed one of his last American Quartet flights. This live performance, recorded just one month after The Survivors’ Suite, is a journey of different stripes. Jarrett whoops with delight as he opens Part One amid a congregation of drums. The kalimba-like bass of Charlie Haden hops from one foot to another as Jarrett looses a soprano sax into the prevailing winds. Only later does the expected piano shine through his fingertips. Writ somehow large with modest articulations, his right hand brings gradual insistence until the melody and the moment become one, each frame sped into a moving image. Part Two begins with more lovely pianism, this time with grittier chording and the added sheen of Paul Motian’s kit work. An insistent vamp unravels Dewey Redman’s dazzling tenor, and cushions the applause that follow. The tripartite encore is an uplifting, jaunty exposition. Some fantastic drumming and elegant exchanges between soprano and tenor dim themselves silent before the altar of Jarrett’s concluding piano solo.
Just when I think I’ve encountered the extent of Jarrett’s immeasurable talents, he surprises me with an album like this. It’s always a pleasure to hear his peripheral instrumental work, for his talents at the keyboard transfer effortlessly to reed by way of our grateful hearts. Perhaps the title is more than just a metaphor.
Keith Jarrett, piano, soprano saxophone, percussion
Dewey Redman, tenor saxophone, percussion
Charlie Haden, bass
Paul Motian, drums, percussion
Recorded live May 1976 at Theater am Kornmarkt, Bregenz, Austria
Engineered by Martin Wieland at at Tonstudio Bauer, Ludwigsburg, Germany
Produced by Manfred Eicher
Digitally remastered

Booklet for Eyes of the Heart