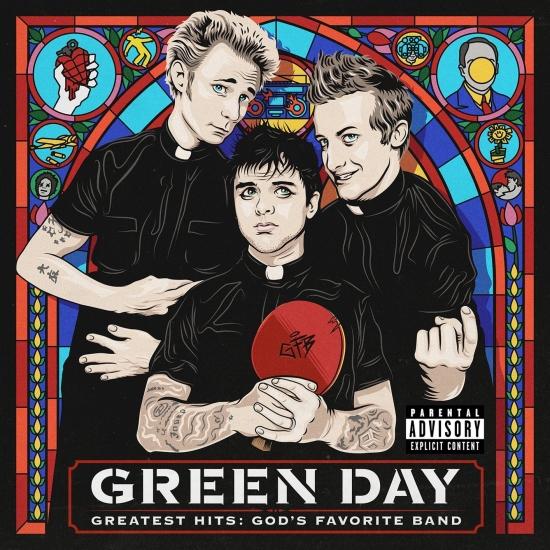 Grammy Award-winning Rock and Roll Hall of Fame inductees Green Day will release Greatest Hits: God’s Favorite Band on 17th November. The album includes 20 hits spanning the band’s prolific 21 years as a band, plus a brand new song called “Back In The USA” and a new duet with award-winning Country Music superstar Miranda Lambert on “Ordinary World.” On 22nd March, God miraculously came down to the Ed Sullivan Theatre to introduce Green Day as “God’s Favorite Band” on The Late Show with Stephen Colbert. When God speaks people listen, and he granted Green Day the title: Greatest Hits: God’s Favorite Band. The collection chronicles the sonic journey of one of the most essential and dynamic rock bands in recent history. Formed in 1986 in Berkeley, CA, Green Day achieved breakout success with 1994’s Dookie which has sold over 10 million copies to date in the U.S. alone. Widely credited with popularizing and reviving mainstream interest in punk rock, Green Day would go on to release Insomniac (1995), Nimrod (1997), and Warning (2000). In 2004, Green Day released the rock opera American Idiot which captured the nation’s attention, hitting No 1 in the UK album chart. In 2010, a stage adaptation of American Idiot debuted on Broadway. The band went on to release the critically acclaimed 21st Century Breakdown (2009) and the album trilogy Green Day ¡Uno!, Green Day ¡Dos!, and Green Day ¡Tré (2012). In 2016 the band returned with Revolution Radio which again hit No1 in the UK album chart.
Green Day
Digitally remastered