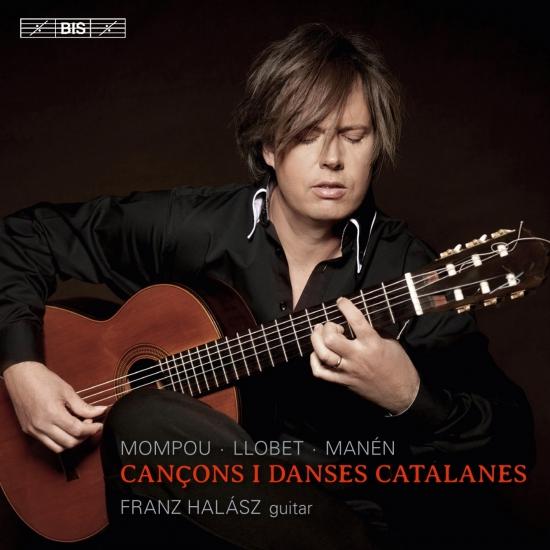 Info for Cançons i Danses Catalanes

Spain is a country of many regions, each with its particular folklore, customs, dialect and even language. Catalonia is among the most distinctive of these regions because of the Catalan language, which has a rich literary tradition stretching back to the Middle Ages. Catalan music and dance are also unique and have little in common with stereotypically Spanish folklore, especially flamenco, which most foreigners most readily identify with Spain.
Catalonia chafed under Castilian domination for centuries, but in the latter half of the 1800s there was a resurgence of Catalan culture called the Renaixensa, result- ing in a flowering of native literature. This was followed by modernisme, a Catalan variety of art nouveau, which gave us the renowned creations of architect Antoni Gaudí. In the 20th century, Barcelona remained a progressive centre for the arts, and abstract painter Joan Miró was among its most renowned figures. Not surprisingly, music also flourished in this environment, and Barcelona produced many outstanding performers and composers, including Enric (Enrique) Granados, Joaquim (Joaquín) Malats, Ricard (Ricardo) Viñes, Alicia de Larrocha, Pau (Pablo) Casals and Roberto Gerhard. This recording presents us with three other names worthy of inclusion on this list: Frederic Mompou, Miquel Llobet and Joan Manén.
Franz Halász, guitar 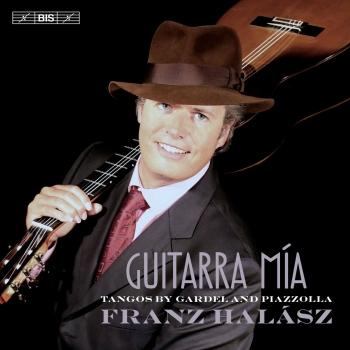 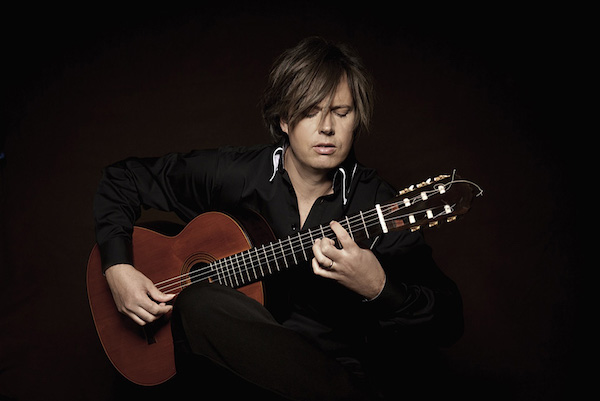 Franz Halasz
Latin-Grammy-Awardwinner Franz Halász stands in the forefront of outstanding artists in the guitar field. Judged by Soundboard Magazine in his New York debut as "simply electrifying!"and by Gramophone's critic as "the most remarkable guitarist in many years", Franz Halász began his career in 1993, winning first prizes at the „Andres Segovia Competition“ in Spain and the „Seto Ohashi“ Competition in Japan.
In his debut CD with spanish guitar music he was praised by the prestigious critic Colin Cooper:"For the modern spanish repertoire, Franz Halász is unsurpassed, able to deliver Turina's message as no one ever has before - no, not even the great Segovia."
A guest performer at major festivals and events all over the world, Franz Halasz is holding since 2010 the Chair of Guitar at the University of Music and Performing Arts in Munich .
Since winning first prizes at the Andres Segovia Competition in Spain and the Seto Ohashi Competion in Japan in 1993 Franz Halasz started an impressionating career.The orchestral dimension of Franz Halasz' performances and the clarity and precision of his musical vision have rejoiced audiences between Tokyo and New York. A guest performer at major festivals and events such as the Rose Augustine Series-New York(USA), Toru Takemitsu Memorial Concert-Tokyo(Japan), Kissinger Sommer, Brandenburgische Sommerkonzerte, Mecklenburg Vorpommern (Germany), Bath and Wirral(England), Santo Tirso(Portugal), Puerto Rico and Dell' Arte Series - Rio de Janeiro (Brazil), he also shared the stage with well known artists like Boris Pergamenschikov, Siegfried Jerusalem, Patrick Gallois,András Adorjan, Robert Aitken, Ingolf Turban,Wen-Sinn Yang,Hariol Schlichtig ,Sebastian Hess and Alban Gerhard, among others.
Franz Halasz stayed for many years as a Professor at the Hochschule für Musik Nürnberg-Augsburg and led there one of the most succesfully guitar classes in Europe. He also offers master classes at Institutes around the world including the Manhattan School of Music - New York, New England Conservatory- Boston, Royal Academy Stockholm, the Academy of Music-Oslo, Mozarteum Salzburg , Sao Paulo University , Esmuc in Barcelona and Musikene San Sebastian.
Since October 2010 he is holding the chair for guitar at the University of Music and Performing Arts in Munich, which was established for the first time in the long history of this renowned institution.
His many CDs for BIS - always rated as reference recordings - include among others the complete guitar music by Joaquin Turina and Toru Takemitsu.
For Naxos Records, Franz Halasz was first presenting the complete works for guitar by Hans Werner Henze and also the original works by Ferdinando Carulli for guitar and piano.
In 2014 there were released four Discs, including the Integral of the spanish composer Regino Sainz de la Maza (Naxos), a CD with Radames Gnattali( BIS) ,Sofia Gubaidulinas Complete for Guitar (BIS) and finally a tribute to the spanish Fandango with works from Corelli,Boccherini ,Soler,Granados,De Falla ,Torroba and Rodrigo.
The actual BIS-Album „Cancons i Danses Catalanes “ includes works by Mompou.Manen and Llobet.
2007 he was awarded with the prestigious “Bavarian Culture Price” by the State of Bavaria for his work as a performer and teacher.
2015 Franz Halasz received for „ Alma Brasileira“ the Latin GRAMMY -Award of the Grammyfoundation as „Best Classical Album“ .

Booklet for Cançons i Danses Catalanes