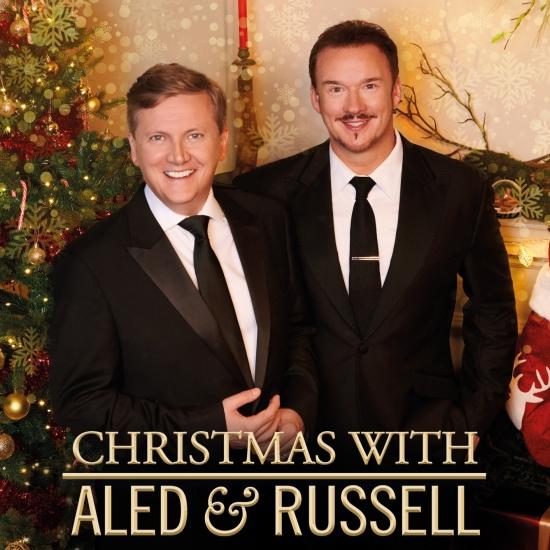 Info for Christmas with Aled and Russell

Aled Jones & Russell Watson are back with a seasonal treat this Christmas with a beautiful, festive album this November. Aled Jones and Russell Watson are two names that have dominated classical music over the past two decades. In 2018, these two luminaries united to create a duo like no other, bringing together two of the UK's most distinctive and loved voices. The result was In Harmony, a beautiful collection of arias and classical standards that shot in to the UK Top 10, followed by Back In Harmony, released in 2019.
Two of the world’s greatest classical voices, Aled Jones and Russell Watson, reunite for Christmas 2022 with a brand-new album. Performing together again following a three-year hiatus, the powerhouse duo will also embark on a colossal UK tour this November and December.
Christmas With Aled and Russell features new recordings of universally beloved Christmas songs, including traditional carols such as O Holy Night, O Little Town of Bethlehem and In The Bleak Midwinter, alongside festive favourites including White Christmas, It’s Beginning To Look At Lot Like Christmas, Little Drummer Boy, and Mistletoe and Wine.
The album is also set to feature a very special rendition of Walking In The Air - released by then boy soprano Aled in 1985 - the duo will record this iconic track together especially for the album.
Aled Jones comments, “After a crazy couple of years for us all, I can’t wait to be reunited with my mate Russell again for our third album together! I’ll always be associated with Christmas, so it’s an honour to be working with him. We always have a blast on tour, so getting to sing our favourite Christmas songs together in so many stunning venues later this year will be a real treat! You never know, Traffic Cone might even make an appearance…and hopefully Chicago has given Russ the chance to brush up on his dancing skills!”
Russell Watson adds, “Aled and I had a great time recording our first two albums, so I’m immensely excited to be back in the studio together working on our third. We had a really tough time choosing from so many magnificent Christmas songs, but we’ve whittled it down to a fabulous selection of tracks which truly mean something to us both. And to get to share a stage again during our UK tour later this year will be such a special experience after three years apart. I hope Christmas With Aled and Russell is on all of your Christmas lists, and I can’t wait to see you all on tour throughout November and December!”
Christmas With Aled and Russell succeeds their first two albums, 2018’s In Harmony and 2019’s Back In Harmony, both of which shot straight to #1 on the UK Classical Album Chart and the top 10 of the UK Official Album Charts upon release.
Two of the nations most treasured artists, Aled and Russell have achieved tremendous successes between them, from prestigious awards to record-breaking chart sales.
Aled Jones is the original classical crossover star, having been at the top of his game for over 40 years. Becoming one of the world’s most successful boy sopranos at the age of 12, he has since released over 40 albums and has more than 40 silver, gold and platinum discs.
Most recently he released Blessings, a multi-faith album featuring songs from a range of different religions and starred on ITV’s hit show The Masked Singer as “Traffic Cone”. He has also forged an extensive career as a TV & Radio presenter, currently hosting his own weekly show on Classic FM and the BBC’s Songs of Praise.
Described by the New York Times as a performer ‘who sings like Pavarotti and entertains the audience like Frank Sinatra’, Russell Watson’s debut album The Voice saw him hold the top spot in the UK charts for an unprecedented 52 weeks in 2001, while also topping the charts in the USA, making him the first British male artiste to attain a simultaneous transatlantic #1.
Throughout his incredible career he has performed for some of the world’s leading figures, including HM The Queen, the late Pope John Paul II, and former US Presidents Bill Clinton, George W Bush and Barack Obama.
In 2020, Russell released his latest album 20, a compilation album marking 20 years since the release of his phenomenally successful debut album, and this year has been performing the role of Billy Flynn in the popular musical Chicago.
Aled Jones, vocals
Russell Watson, vocals 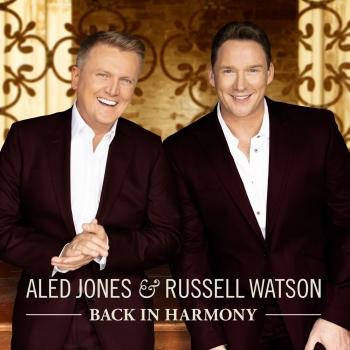 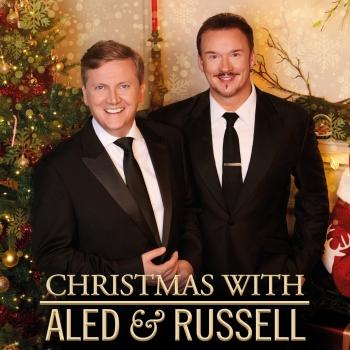 Christmas with Aled and Russell 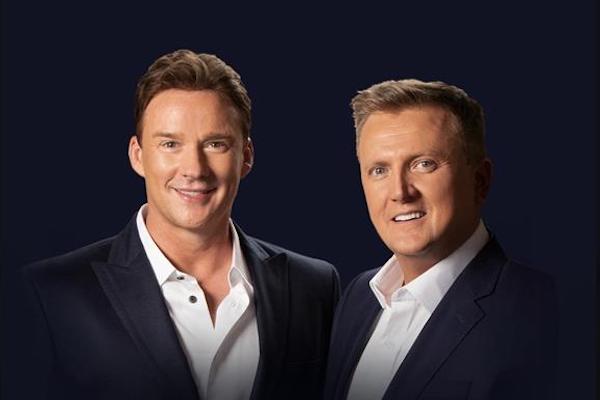