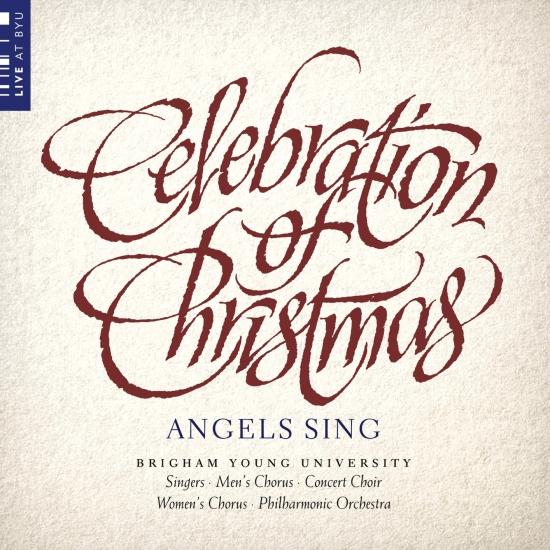 Each Christmas season at Brigham Young University over 500 vocalists and instrumentalists celebrate the season in song. Handpicked from the largest private student body in the country, these students comprise four nationally and internationally acclaimed choirs and the highly praised Philharmonic Orchestra.
These musical organizations are known for their unity, due in part to the superb technical proficiency achieved under the hands of choral conductors Rosalind Hall, Dr. Andrew Crane, Jean Applonie, and Dr. Sonja Poulter, and Philharmonic conductor Kory Katseanes. But there is more. Students and conductors share a strong belief in the spiritual character of music. As one critic observed, “The spiritual element is present in each piece the choirs sing.” This results in performances that are alive, fresh, and heartfelt—performances that overcome boundaries and draw people together.
The music presented here was recorded during the live performances of the December 2018 and 2019 Celebration of Christmas concerts.
BYU Combined Choirs
BYU Philharmonic Orchestra 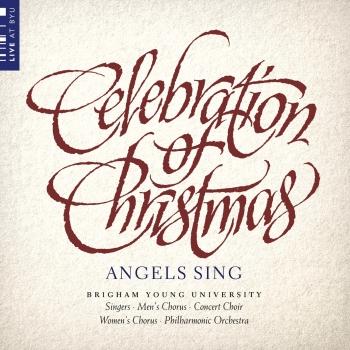 BYU Choir
Brigham Young University Concert Choir comprises 100 advanced singers who are committed to a challenging choral experience. This very select ensemble has acquired an outstanding reputation for its captivating performances of a wide variety of repertoire taken from the great choral literature, encompassing many different styles and genres.
Although the Concert Choir does not generally tour, they have a rigorous performance schedule both on and off campus, which requires substantial dedication and stamina. All programs, which usually contain pieces in several different languages, are performed from memory. Although the huge variety and quantity of literature demands enormous flexibility and commitment, the rewards in terms of both educational and musical experience are rich and plentiful. An audition is necessary and a two-semester commitment is required.
BYU Philharmonic Orchestra
The premier orchestra in the School of Music is made up almost entirely of music majors, both undergraduate and graduate students. Their mission is to perform the greatest masterpieces of the symphonic literature. This 98 member ensemble performs from 10 to 14 concerts each year, and tours regionally every other year, when the Chamber Orchestra is not touring. In addition to its concerts locally and regionally, the orchestra is featured in regular broadcasts on BYU-TV (BYU’s cable channel), and KBYU-TV and KBYU-FM, enabling audiences worldwide to enjoy the orchestra’s performances.
Past tours have taken the orchestra to Arizona, Nevada, California, Idaho, Oregon, Washington, Colorado, New Mexico, Texas, Montana, Wyoming, and British Columbia.
Kory Katseanes is the Director of Orchestras in the School of Music, and conducts the Philharmonic and Chamber Orchestras.