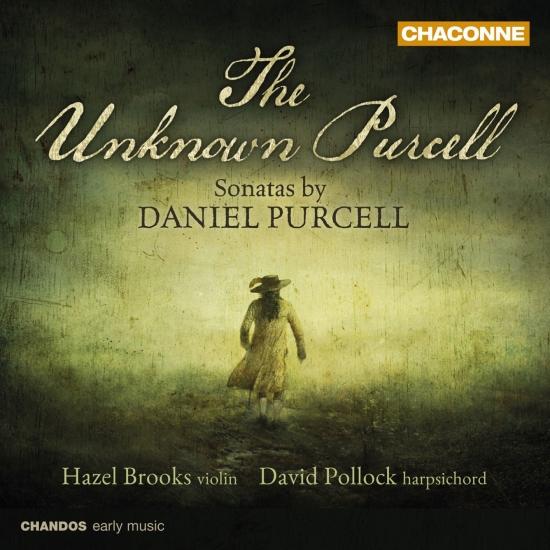 Info for The Unknown Purcell - Sonatas by Daniel Purcell

On this recording we have a selection of works for solo harpsichord and for violin and continuo by Daniel Purcell, most of which are premiere recordings. Traditionally, Daniel Purcell has been known primarily as the younger brother of Henry Purcell (though a strong argument can be made that they were cousins), and it has been said that it was from this family connection only that he derived ‘what little reputation which as a musician he possessed’ (Sir John Hawkins). It is not true, however, that Daniel’s legacy was based entirely on the fame of Henry. Daniel lived for over twenty years after Henry’s death in 1695, adopting styles and forms that only became popular in England around 1700, including the da capo aria, the Italianate cantata and – most relevant to this recording – the solo sonata.
Nearly all of Daniel Purcell’s surviving solo harpsichord music consists of arrangements, the only clear exception being the short Toccata, a brief essay in the style of the preludes from Henry Purcell’s harpsichord suites. The Suite is a simple but effective arrangement of movements from the composer’s own suite, for four-part strings, for Farquhar’s play The Inconstant. The expressive Rondeau is also likely an arrangement of a piece for four-part strings. The other three harpsichord pieces are simple arrangements of Daniel’s songs, derived from Oxford manuscripts, and reflecting Daniel’s links with the city.
Daniel Purcell also wrote a great deal of music for violin (or recorder) and continuo. The Chaconne is a cut-down version of a four-part piece from his suite for Trotter’s play The Unhappy Penitent. Also on this disc are several Sonatas for violin and continuo, inspired by the works of the Moravian composer Gottfried Finger (c. 1655 – 1730), as evident in the cheerful tunefulness of these works, the avoidance of counterpoint, and a fondness for short movements connected in a ‘patchwork’ fashion.
The violinist Hazel Brooks and harpsichordist David Pollock – also known as Duo Dorado – have been charming audiences with their performances since 1999. Inspired by a shared commitment to present music of the seventeenth and eighteenth centuries in an accessible way, these two prize-winning musicians have performed together throughout the UK and beyond. Programmes by the duo have been praised for their varied and colourful textures; of one recording, Early Music Review wrote: ‘The performance from Hazel Brook is assured and stylish, complemented by some fine continuo accompanying as well as spirited solo playing from David Pollock.’
"this disc makes an important contribution to our understanding of Daniel Purcell, younger cousin of the illustrious Henry...They are attractive pieces, transparently scored, though most of them lack development and breadth...Hazel Brooks and harpsichordist David Pollock give competent performances, Brooks's straight and sinewy sound informed by her experience of playing medieval fiddle." (BBC Music Magazine)
"Charming if not memorable, most of the pieces are short and make relatively modest demands on the performers, so were probably intended mainly for private music-making...Brooks, who is an accomplished and knowledgeable performer, contributes remarkably straight-toned readings with minimal rhetoric and ornamentation, while Pollock pursues a more expressive and stylish approach" /Gramophone Magazine)
"Hazel Brooks is technically very proficient and has a real understanding of Baroque violin practice. However, I found her tone on this recording to be rather shrill and her interpretations sometime lacked vitality. David Pollack does very well with the solo harpsichord works...This rewarding disc will appeal strongly to wishing to expand their Baroque or English music horizons." (MusicWeb International)
Hazel Brooks, violin
David Pollock, harpsichord

Booklet for The Unknown Purcell - Sonatas by Daniel Purcell