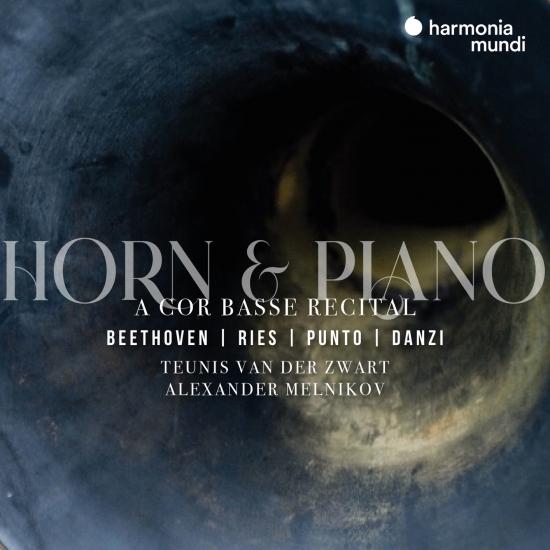 Info for Horn and Piano: A Cor Basse Recital

Teunis van der Zwart and Alexander Melnikov have chosen to pay tribute to Giovanni Punto, now unknown to most music lovers, even though he truly established the cor basse (horn focused on the low register) by devoting no less than sixteen concertos to it.
It was he who inspired Beethoven's famous Sonata op.17; the pieces by Danzi and Ries also bear the mark of his legacy.
This recording provides an opportunity to discover the unique sound of this instrument in four emblematic works.
Teunis van der Zwart, cor basse
Alexander Melnikov, fortepiano 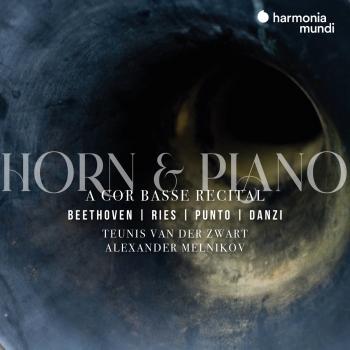 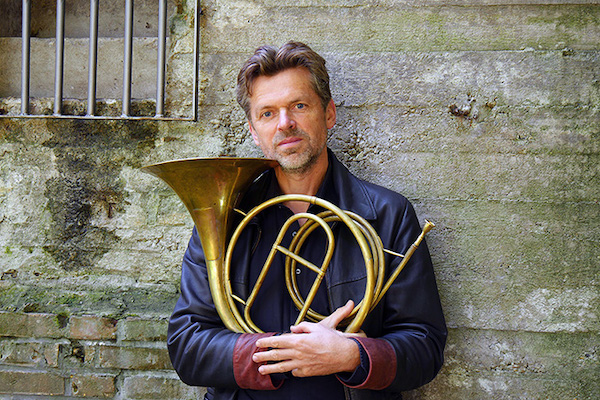 Teunis van der Zwart
studied at the royal conservatory in The Hague, with Vicente Zarzo, and at the conservatory of Maastricht with Erich Penzel. After being a prizewinner in the Bad Harzburg Natural Horn Competition 1989, he decided to become a world-wide ambassador for the natural horn. With many orchestras and chamber music groups he made numerous recordings and played concerts all around the world. Amongst them are the Amsterdam Baroque Orchestra, the Orchestre des Champs-elysées, Nachtmusique, Akademie für Alte Musik Berlin. At the moment Teunis van der Zwart is the principal hornplayer of the Orchestra of the 18th Century and the Freiburg Baroque Orchestra. With both these orchestra's he recorded Mozarts horn concerti in the Mozart-year 2006. As a soloist, teacher and lecturer he appeared in many courses, concertseries and festivals in Europe, the USA and Australia. Teunis van der Zwart has a teaching position at the conservatory of Amsterdam.
Alexander Melnikov
graduated from the Moscow Conservatory under Lev Naumov. His most formative musical moments in Moscow include his early encounter with Svjatoslav Richter, who thereafter regularly invited him to festivals in Russia and France. He was awarded important prizes at such eminent competitions as the International Robert Schumann Competition in Zwickau (1989) and the Concours Musical Reine Elisabeth in Brussels (1991).
Known for his often-unusual musical and programmatic decisions, Alexander Melnikov discovered a career-long interest in historical performance practice at an early age. His major influences in this field include Andreas Staier and Alexei Lubimov, with whom he collaborated on numerous projects. Melnikov performs regularly with such distinguished period ensembles as Concerto Köln and the Akademie für Alte Musik Berlin.
Together with Andreas Staier, Alexander Melnikov developed a programme that sets excerpts from Bach's Well-Tempered Clavier (Andreas Staier – harpsichord) in musical dialogue with Shostakovich's 24 Preludes and Fugues (Alexander Melnikov – piano). Intensive chamber music collaborations with partners including cellists Alexander Rudin and Jean-Guihen Queyras, as well as the baritone Georg Nigl, also form an essential part of his work.
Melnikov’s association wth the label harmonia mundi arose through his regular recital partner, violinist Isabelle Faust, and in 2010 their complete recording of the Beethoven sonatas for violin and piano won both a Gramophone Award and Germany’s ECHO Klassik Prize. This CD, which has become a touchstone recording for these works, was also nominated for a Grammy. Their latest CD, featuring chamber works of Weber, was released in January 2013.
Alexander Melnikov’s recording of the complete Preludes and Fugues by Shostakovich was awarded the BBC Music Magazine Award, Choc de classica and the Jahrespreis der Deutschen Schallplattenkritik. In 2011, it was also named by the BBC Music Magazine as one of the “50 Greatest Recordings of All Time.” Additionally, Melnikov’s discography features works by Brahms, Rachmaninoff and Scriabin; his recording of the Shostakovich piano concertos with the Mahler Chamber Orchestra and Teodor Currentzis was also met with critical acclaim.
As a soloist, Alexander Melnikov has performed with orchestras such as the Royal Concertgebouw Orchestra, Gewandhausorchester Leipzig, Philadelphia Orchestra, NDR Sinfonieorchester, HR-Sinfonieorchester, Russian National Orchestra, Munich Philharmonic, Rotterdam Philharmonic, BBC Philharmonic and the NHK Symphony, under conductors such as Mikhail Pletnev, Teodor Currentzis, Charles Dutoit, Paavo Järvi and Valery Gergiev.
Alexander Melnikov is the 2013/14 Artist-in-Residence at the Muziekgebouw in Amsterdam. This season begins with Melnikov’s debut at the BBC Proms with the Warsaw Philharmonic under Antoni Wit, followed by performances in the season-opening concerts of the Czech Philharmonic under Jiří Bělohlávek. Further musical partners of the season include the Mahler Chamber Orchestra, Freiburger Barockorchester, Amsterdam Sinfonietta, Seattle Symphony, Utah Symphony and New Zealand Symphony. Melnikov’s solo engagements will take him to such venues as the Maison symphonique de Montreal, Wigmore Hall in London, De Singel in Antwerp and the Mozarteum Salzburg, as well as to concert halls in Osaka, Nagoya and Tokyo.

Booklet for Horn and Piano: A Cor Basse Recital