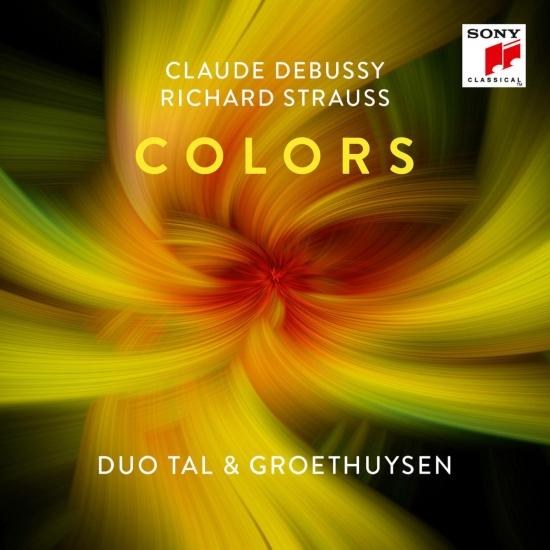 The piano duo Tal & Groethuysen has thrilled classical music audiences for more than 30 years. They have received innumerable accolades worldwide for their recordings with Sony Classical, including five ECHO Klassik Music Awards, nine German Record Critics' Prizes, and the Cannes Classical Award.
They have recorded Debussy’s famous orchestral works Prélude à l'après-midi d'un faune and La Mer in four-hand versions full of evocative colour, the first arranged by the composer himself and the second in a reduction for four hands by André Caplet. The duo also chose works by Richard Strauss for this album: the “Dance of the Seven Veils” from the opera Salome and the “Waltz Sequence” from the “Rosenkavalier” in arrangements by Johannes Doebber and Victor Babin. They have also recorded the famous symphonic poem Till Eulenspiegel by Strauss arranged for four hands by Otto Singer. A fascinating recording presenting well-known romantic pieces in amazing arrangements, allowing them to be heard in a new light.
There is hardly any period in the history of music that was as colorful and that produced such a variety of ideas, trends and movements as the time around the turn of the 19th century. The centres of this wealth of creativity were Vienna and Paris. Our COLORS CD focuses on Paris and on two composers who were of major significance for the emergence of Modernism: Claude Debussy and Richard Strauss.
The repertoire, consisting of La Mer, L’après-midi d’un faune, Till Eulenspiegel, Salomé and Der Rosenkavalier presents absolute highlights of this period in excellent transcriptions.
This album seeks to position itself between the poles of the works of Debussy and Strauss and is thus another production by the duo – after “1915” – to deal with Debussy in the light of his contemporaries and inevitably again forges a bridge to Wagner (“Twilight of the Gods" – Homage to Wagner on both banks of the River Rhine)
Tal & Groethuysen, piano duet 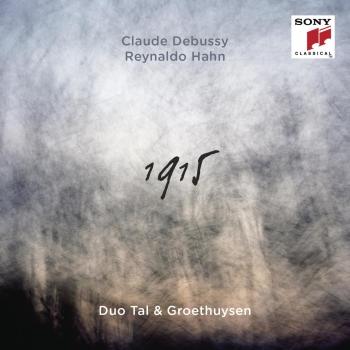 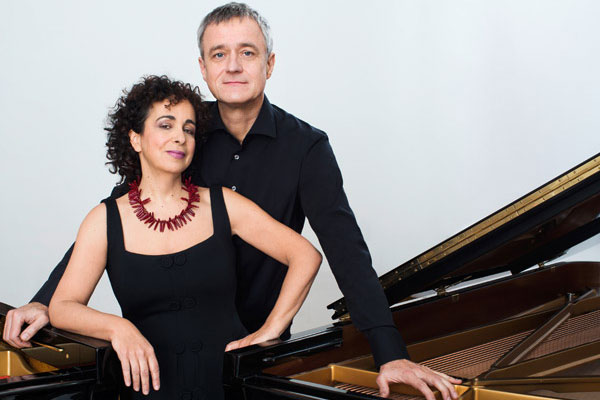 Yaara Tal & Andreas Groethuysen
The Israeli pianist Yaara Tal and her German partner Andreas Groethuysen are one of the world´s leading piano duos and perform regularly at such prominent venues as the Concertgebouw Amsterdam, the Philharmonies Berlin, Cologne and Munich, Teatro alla Scala Milano, Musikhalle Hamburg, Hongkong Arts Festival, Lucerne Festival, Frick Collection New York, Forbidden City Concert Hall Peking, Piano-Festival La Roque d´Anthéron, Salzburger Festspiele, Musikverein Vienna, Tonhalle Zürich - to name only a few.
Besides an unsurpassed homogenity and spontanity in their playing, the duo displays great creativity in their recital programmes which feature unjustly neglected musical treasures in addition to the standard repertoire.
The exclusive cooperation with the record company SONY CLASSICAL makes up an important part of their international success: The Duo Tal & Groethuysen has released numerous recordings of piano music for four hands (largely world première recordings e.g. of pieces by Carl Czerny, Reinhard Febel, Theodore Gouvy, Charles Koechlin, Felix Mendelssohn, Max Reger, Robert Schumann, Richard Wagner) which have brought them great acclaim from critics and the public alike.
Their CD's have won the coveted “Preis der Deutschen Schallplattenkritik” no less than nine times, while the German Phono Academy has awarded its “Echo Klassik”-Prize to five of their recordings, including the complete recordings of Schubert´s music for four hands and the complete Mozart piano duos. Other awards from outside Germany, such as the “Cannes Classical Award“,“Editor´s Choice“ by Gramophone and the “Supersonic Award“ reflect their high international reputation.
The latest releases included in 2013 'Götterdämmerung', with two-piano transcriptions of Wagner's operas ('Preis der Deutschen Schallplattenkritik' 2013), in 2014 the double concerto by Mozart combined with the rarely performed concerto for four-hand piano and orchestra by Carl Czerny, and Rossini's 'Petite messe solennelle' together with the choir of the Bavarian Radio under Peter Dijkstra.