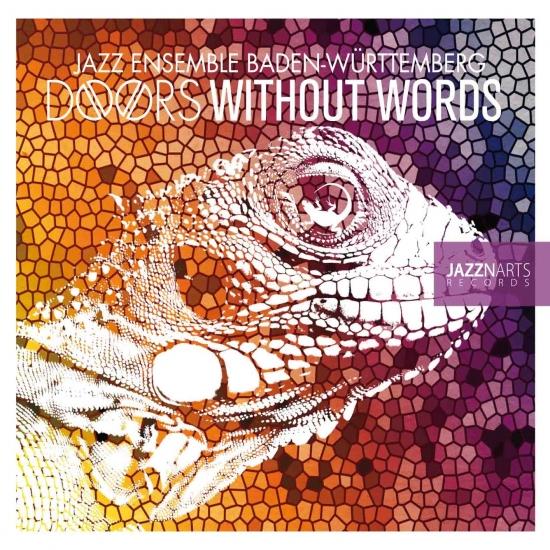 Info for Doors Without Words

After the successful and national perceived debut album „Edition 13“, the Jazz Ensemble Baden Württemberg 2015 enters the next round with their new album. The fundamental reorientation leads both ensemble organizers Peter Lehel and Thomas Siffling onto new musical ways.
The occupation has been reorganized and extended to an instrumentally highly interesting octet. Not only young ambitious musicians participate, but also Jo Ambros, another jazz prizewinner of Baden-Württemberg. Therefore, the jazz ensemble stands for a high-quality proof of the whole range of the local jazz scene. Simultaneously, the important decision to programmatically strike out in a new direction has been made.
Lehle and Siffling decided to concentrate on the topic „The DOORS“. This led to the program „The DOORS - without Words“. The internationally famous and in Berlin living Nicolai Thärichen could be won for the arrangements.
Allow yourself to be amazed by how the musical inheritance of the DOORS appears in jazzy tunes through an uncommon occupation.
Thomas Siffling, trumpet, flugelhorn
Peter Lehel, tenor saxophone, sopran saxophone
Uli Röser, trombone
Sebastian Nagler, bariton saxophone
Johannes Bartmes, Hammond Organ, Fender Rhodes
Jo Ambros, guitars
Dirk Blümlein, bass
Christian Huber, drums