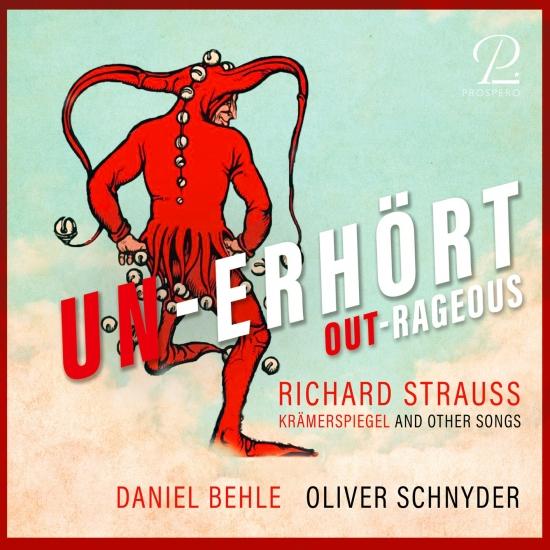 A much welcome recital of well-known and lesser-known Strauss Lieder by Daniel Behle, Opus Klassik prize winner and “Singer of the Year 2020”, accompanied by Oliver Schnyder. The album offers a selection of atmospheric songs such as ”Winterweihe”, “Winterliebe”, “Waldseligkeit”, “Traum durch die Dämmerung” and “Morgenrot” which are all partly nature-related or about interpersonal relationships.
The rarely performed “Gesänge des Orients” comprise settings of five translations – or rather adaptations – from the Persian and the Chinese by Hans Bethge, a poet whose translations from Die chinesische Flöte had already inspired Gustav Mahler in “Das Lied von der Erde”.
Also rarely performed but therefore no less worthwhile is the highly interesting “Krämerspiegel”, a vitriolic attack on music publishers. The twelve scurrilous poems of Krämerspiegel are by Alfred Kerr (1867-1948) who in 1918 was the most celebrated drama critic in Germany. The poems and Strauss music can only be fully appreciated and enjoyed when the listener is aware of the cryptic references to various publishers. All the many allusions and numerous musical subtleties are very clearly explained in the detailed booklet liner notes by Richard Stokes, a proven Strauss expert.
The present album offers another remarkable rarity in the form of the song “Der Schmetterling” (The Butterfly) based on a text by Hermann Hesse. The song does not appear in any catalogue raisonné of the composer’s works and was completely unknown even to proven Strauss experts and specialists. Find out for yourself what this enchanting musical miniature is all about…
The tenor Daniel Behle is equally successful as a singer in concert, song and opera and is increasingly making a name for himself as a composer. His broad repertoire ranges from baroque masterpieces to classical and romantic repertoire to compositions of the 20th and 21st centuries.
Oliver Schnyder studied piano in Switzerland with Emmy Henz-Diémand and Homero Francesch and in the USA with Ruth Laredo (New York) and Leon Fleisher (Baltimore). Schnyder plays with orchestras such as the Academy of Saint Martin in the Fields, the Baltimore Symphony Orchestra, the Danish National Symphony Orchestra, the Philharmonia Orchestra London, the WDR Symphony Orchestra Cologne and all the leading Swiss symphony and chamber orchestras under conductors such as Ivor Bolton, Semyon Bychkov, Vladimir Fedoseyev, James Gaffigan, Philippe Jordan, Sir Roger Norrington, Michail Jurowski, Mario Venzago and David Zinman. He is internationally present with the Oliver Schnyder Trio, as well as a partner of musicians such as Marc Bouchkov, Veronika Eberle, Julia Fischer, Vilde Frang, Sol Gabetta, Heinz Holliger, Nils Mönkemeyer, Antje Weithaas and many more.
Daniel Behle, tenor
Oliver Schnyder, piano 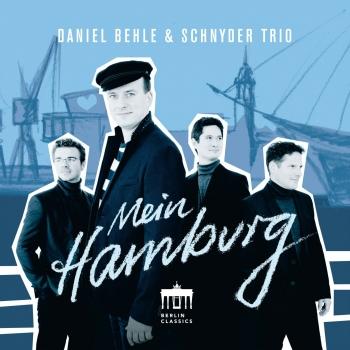