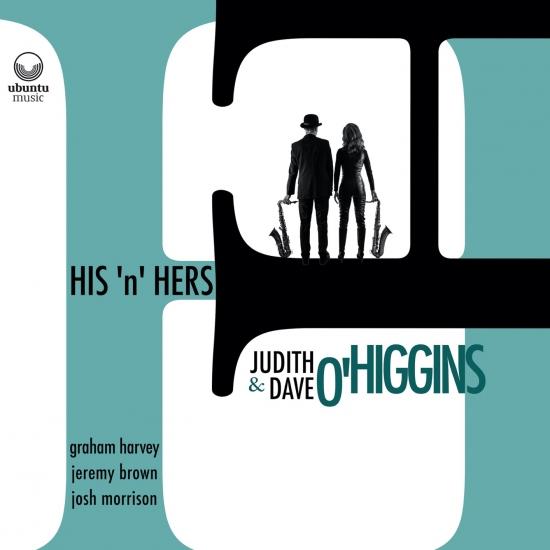 "His 'n' Hers" affectionately pits Mr and Mrs O’Higgins against each other as in the movie, Mr & Mrs Smith... In reality, this is a swinging “tough tenors” band in the good humoured tradition of the great Johnny Griffin - Eddie Lockjaw Davis group, who made nine albums together between 1960 and 1962. But what Griffin and Davis did together was not a competition, however apparently combative. It was collaboration, mutual inspiration, and special because of both the similarity and contrast of the two protagonists.
The eponymous His’n’Hers recording has been prepared specifically for vinyl. The appeal of this medium was to present something considered and well programmed in an elegantly digestible format. Pour yourself a glass of wine and listen to Side 1, whilst perusing the large-scale cover art and familiarising yourself with the tune titles and personnel. Then, 18 minutes later it will be time for a refill and you’ll be lured into hearing what Side 2 brings. An LP requires careful programming on the part of the artist, in the same way as a good set at a gig. The track order is crucial and, due to the nature of the medium, often listened to in the intended order. The format can be the musical equivalent of the “all you can eat” buffet - too much for one sitting! In addition, the tactile, analog nature of the 12” disc encourages focused engagement, not ripping onto a digital device for shuffled play in the background.
The recording was made with a “new meets old” aesthetic: inspired by the 50s and 60s Rudy Van Gelder recordings in terms of transparency and natural fidelity, but also with a nod to contemporary sonic developments. The O’Higgins have been on a mission for 10 years or more now to create a jazz friendly, ribbon mics, spill-and-all recording environment and JVG Studio gets better all the time.
This record kicks off with a bright modal original tune, “Fourth Dimension”, and Judith sets the tone with the first tenor solo statement. Throughout the session she is on the left and Dave on the right. “We'll Forget March” is another new composition, disguised from its inspiration (can you guess what it is?) by a change to 3/4 and a pedal interlude. “Spring Can Really Hang You Up the Most” is inspired by Stanley Turrentine, and lulls us into a relaxed mood before having to get up to turn the disc over. Side 2 begins with another song by the O'Higgins frontline, and has perhaps the most obliquely developed lines of the date. Two crowd-pleasers from the book, amassed over years of occasional His’n’Hers gigs, finish things off: “Save Your Love For Me” from the Griffin / Davis repertoire, and Dexter Gordon's catchy theme, “Soy Califa”.
“It was a pleasure to work with Martin Hummel for the O'Higgins & Luft release last year and I'm very excited to bring a new project to the ever-expanding roster. I particularly enjoy Martin's readiness to listen to something new and how genuinely excited he gets when he likes it!” (Dave O'Higgins)
Judith O’Higgins, tenor saxophone
Dave O’Higgins, tenor saxophone
Graham Harvey, piano
Jeremy Brown, bass
Josh Morrison, drums 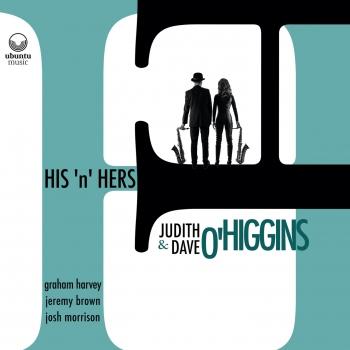 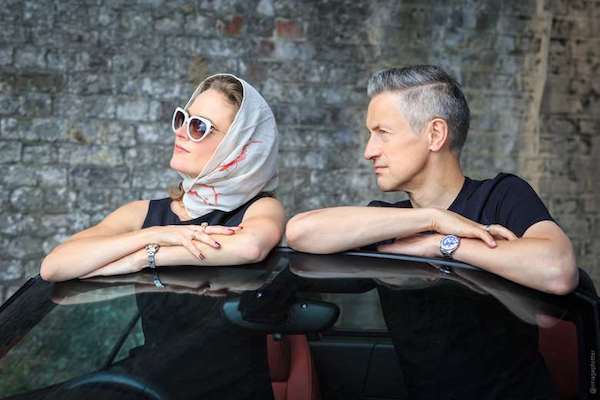 Judith O’Higgins
is a forensic pathologist, saxophonist and author. She was born in Hilden, Germany. She studied medicine and music education in Münster, finished university in Hamburg and became a forensic pathologist. She now lives in London with her husband Dave O'Higgins. Her autobiography/popular science book “Spuren des Todes”, was published by Fischer Verlag in 2013.
Judith produced and played on the critically acclaimed Abstract Truth Big Band recording made under the direction of Jörg Achim Keller at the famous Abbey Road Studio in 2015, and is also part of the group Barnes/O’Higgins and the Sax Section. Described by various internationally renowned saxophonists as evoking the feel of Dexter Gordon and sound of Clifford Jordan, Judith is undoubtedly the best forensic pathologist jazz saxophonist living in London!
Dave O’Higgins
tenor and soprano sax sounds are highly personal and recognisable, with a clear sense of melodic development and adventure. A popular performer with the public, with an excellent sense of pacing and presentation, he has a wide palette from Charlie Parker, Dexter Gordon, John Coltrane, Joe Henderson through to Stanley Turrentine and Michael Brecker. He has relentlessly pursued artistic and sonic exploration and development with a deep respect for the tradition of the music.
Dave’s 21st album recording as leader is a collaboration with young guitar firebrand, Rob Luft, and is out now on the Ubuntu Music label (O’Higgins & Luft Play Monk & Trane- see DISCOGRAPHY). There is a 40-date tour set for the autumn with this thrilling new band, with Rod Youngs on drums and Scott Flanigan on organ.
Dave is a highly regarded educator at the London College of Contemporary Media, where he is the Jazz Pathway Leader.
He also runs a small specialist jazz recording studio (JVG), in search of the optimum way of recording jazz musicians through a combination of old techniques (á la Rudy Van Gelder) and newer innovations.
Dave has worked with some of the world’s finest musicans, including: Joey Calderazzo, Joe Locke, Dave Kikowski, Eric Alexander, Grant Stewart, Max Ionata, Phil Dwyer, Adam Nussbaum, Joe Lovano, Phil Woods, Jimmy Smith, Nancy Wilson, Peggy Lee, Kurt Elling, Wayne Shorter, Eddie Gomez, Billy Childs, Abdullah Ibrahim, Chico Chagas, Stephane Grappelli, Michel Legrand. He has released 20 CDs as leader to date. He also wrote and produced the last Matt Bianco album, “Gravity”.