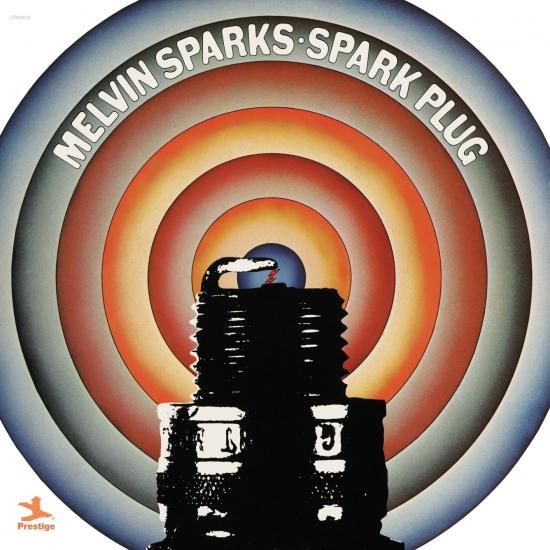 "Spark Plug" is the second album by soul jazz guitarist Melvin Sparks which was recorded for the Prestige label in 1971.
Melvin Spark’s sophomore album, 1971’s Spark Plug, finds guitarist Melvin Sparks at his finest, as he delivers laid-back, late-night grooves. The guitarist, who began his career as a member of The Upsetters (the storied road band which once counted Jimi Hendrix and Little Richard among its members), initially rose through ranks in the NYC soul-jazz scene as one of the most in-demand session players. The guitarist proved his prowess as a leader with his 1970 debut, Sparks!, on which he was joined by some of the biggest names in the genre. Spark Plug continues the thread, with the likes of Grover Washington, Jr. on tenor sax, Idris Muhammad on drums, Leon Spencer on organ, and engineer Rudy Van Gelder at the console. The album also finds Sparks expanding his writing, and dedicating a good portion of the album to his own material, including such standout tracks as “Dig Dis,” the cinematic “Conjunction Mars” and the title track, which builds into a nearly nine-minute energetic jam, showcasing Sparks’ virtuosic talents on the guitar. Sparks also delivers renditions of two very disparate selections: Kool & The Gang’s “Who’s Gonna Take the Weight” and the Schwartz/Dietz-penned jazz standard, “Alone Together.”
"Sparks used a similar soul-jazz approach as he had on his previous Prestige session (Sparks!), revamping the lineup to put Reggie Roberts on organ and a young Grover Washington, Jr. on tenor sax (Idris Muhammad remained behind the drums). He also introduced some compositions of his own this time around; three of the five numbers are Sparks originals. It's more relaxed, funky, occasionally bluesy jazz with guitar and organ to the fore, very much of a piece with the Prestige soul-jazz "house" sound circa 1970. Pleasant fare, although it does tend to fade into suitable background music instead of attracting attention or intense scrutiny." (Richie Unterberger, AMG)
Melvin Sparks, guitar
Virgil Jones, trumpet
Grover Washington, Jr., tenor saxophone
Reggie Roberts, organ (tracks 2-5)
Leon Spencer, organ (track 1)
Idris Muhammad, drums
Digitally remastered 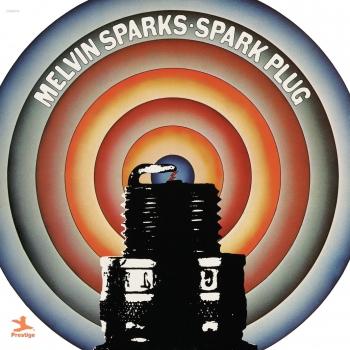 Melvin Sparks
(March 22, 1946 – March 15, 2011) was an American soul jazz, hard bop and jazz blues guitarist. He recorded a number of albums for Prestige Records, later recording for Savant Records. He has collaborated with numerous jazz behemoths, is credited as one of the founding fathers of the bebop-funk dialect, and has been sampled countless times.
Sparks was born in Houston, Texas, and raised in a musical family. He received his first guitar at age 11, and began working in the rhythm and blues genre as a high school student, first with Hank Ballard and The Midnighters, and then with The Upsetters, a touring band formed by Little Richard, which also backed Jackie Wilson, Curtis Mayfield and Marvin Gaye.
But Sparks gave up his seat on The Upsetters‘ bus in New York City, where a chance introduction to George Benson led him to a place in soul-jazz history, working as a session musician for Blue Note and Prestige Records. As part of the burgeoning soul-jazz scene of the late 1960s and early 1970s, Sparks often backed organists like Jack McDuff, Dr. Lonnie Smith and Charles Earland. Sparks released his debut album, Sparks!, for Prestige in 1970. He also played and recorded with Lou Donaldson, Leon Spencer, Bernard Purdie, Jimmy McGriff, Idris Muhammad, Grover Washington Jr., Reuben Wilson and so many more.
Even during the quietest years of soul-jazz Melvin stayed relevant through hip- hop and r&b a quick search at WhoSampled turns up more than 150 samples of his funky chicken scratch. And Melvin‘s legacy is heard in contemporary soul/funk bands like The New Mastersounds, Soulive, and The Greyboy Allstars, all of whom he also guested with several times before his early departure from this realm in 2011.
As one of the most unsung heroes of jazz history, it’s high time Melvin Sparks got the mainstream recognition that is his due, and his recently resurfaced last recording “Live At Nectar’s”, to be released on One Note Records, is here to do just that.