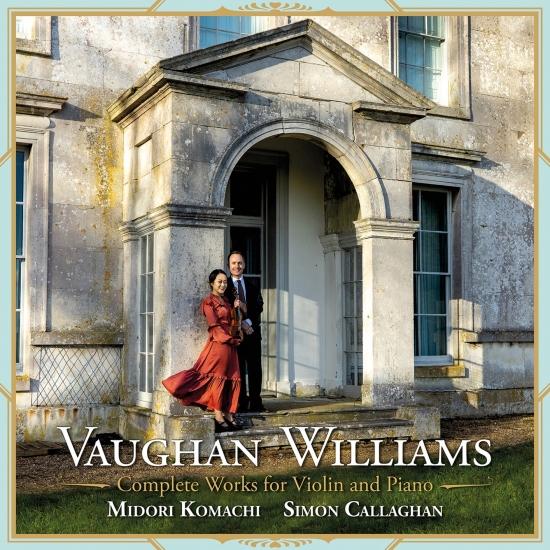 As part of Vaughan Williams’s 150th Anniversary celebrations, RVW150, this album will give listeners a full insight into the composer’s works for Violin and Piano, played by Midori Komachi and Simon Callaghan, who have performed and researched the music of 20th Century British composers to critical acclaim. Accompanying their performance will be a booklet including photos specially taken with the artists for this album at Leith Hill Place, Vaughan Williams’s childhood home. Additionally, based on extensive research in the manuscript archives, Komachi's liner notes in this booklet illustrate how these pieces encompass the composer's complete musical development.
Midori Komachi, violin
Simon Callaghan, piano 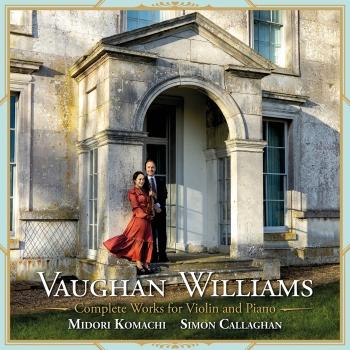 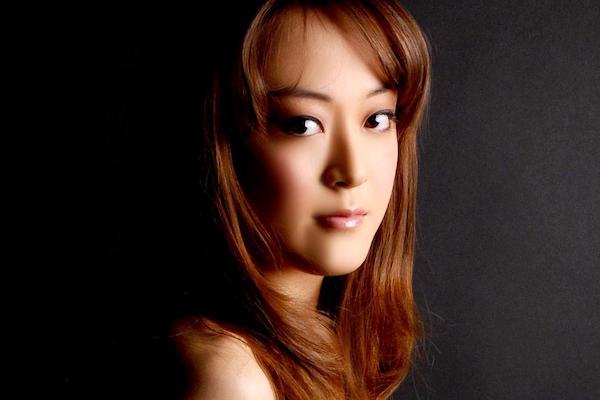 Midori Komachi
has developed a diverse career in bridging UK and Japanese cultures through music. Based between London and Tokyo, her recent projects have included collaborations with British Airways, LUSH, OPPO, All Nippon Airways and Backes & Strauss. Since 2021 Midori is a Musician in Residence at the British Council and PRS Foundation, where she has led a digital residency with Diamantina, Brazil.
Midori has performed as a soloist extensively throughout Europe and Japan. Midori made her debut as a soloist at the age of 12 with the Zurich Chamber Orchestra, conducted by Howard Griffiths. Since then, she has appeared in some of the world's most prestigious venues, including Tonhalle Zurich, Tokyo Opera City Hall, Philharmony Warsaw, Wigmore Hall, and the Rector's Palace (Croatia).
Composer: Midori's works explore sounds in relation to space, architecture and cultural heritage of places. Over the years, she has composed for a variety of site-specific projects, including Musicity x Sculpture in the City, Maggie's Centres LIFE Exhibition (2017-19), LUSH New Spa Experience and most recently Kengo Kuma's Bamboo Ring for Milan Design Week 2021. Midori's compositions have ben released by Nonclassical.
In 2021 she was selected by the Arts & Humanities Research Council (AHRC)/CHASE for her research Takemitsu and the Steel Pavilion: Spatial Timbre as a parameter of composition as a fully funded PhD candidate at Goldsmiths, University of London. Midori is also an Adjunct Lecturer at Queen's University (Canada) and Japan Engagement Officer at the BISC (UK Campus), where she has founded a new online exchange program with Universities in Japan.
With a particular interest in promoting British and Japanese music in both countries, Midori has appeared frequently on TV and Radio. In 2017, NHK TV broadcast a documentary about her projects, and in 2018 she joined BBC Radio 3 for the Japanese music season Night Blossoms, introducing many leading composers and artists from Japan. Currently, Midori is a presenter/curator for her radio programme Midori Selects on British Airways in-flight entertainment.
Her discography has gained critical acclaim in both UK and Japan. Her 1st album Colours of the Heart received enthusiastic reviews from publications such as The Strad, International Record Review and was chosen as a recommended disc by Record Geijutsu. In 2014, her CD release UK tour was supported by Arts Council England. Her 2nd Album, Warp & Weft (EM Records) features rare works by 20th & 21st Century British composers.
Writer: A bilingual in English and Japanese, Midori specialises in the research and dissemination of 20th Century British music. In 2017, her first book, a Japanese translation of Eric Fenby's classic book of recollections Delius as I knew him (1936) was published by Artes Publishing. This became the first resource on Delius to be published in Japanese, and has ben featured widely on the national press. Midori also founded the 'Delius Project' in Japan, an initiative involving publication, recordings and events in order to disseminate the works of Delius. In 2022, her second book, a Japanese translation of Simon Heffer's Vaughan Williams will be published in Japan.
Concert Projects: Midori has founded various concert projects based on several research topics. In 2012, her Delius Project culminated in a series of her concerts in London, Cambridge and Tokyo. This project was featured in the Arts & Collections International Magazine and the Nikkei Newspaper (Financial Times) in Japan. In January 2013 she was awarded the Delius Society Certificate for her performances of the Delius Violin Sonatas.
Since 2012, Midori has developed a cultural exchange project in UK and Japan, introducing works by composers from both countries. For this project she has been supported by the Daiwa Anglo-Japanese Foundation, Britten-Pears Foundation, Holst Foundation and Vaughan Williams Charitable Trust. In 2012 she led a series of workshops with composers Nicola LeFanu and Yuka Takechi, and in 2013 worked with Toshio Hosokawa, performing his Elegy for Solo Violin in Tokyo and London to high critical acclaim.
Education: Midori studied in Basel, Switzerland at the age of 12 where she was accepted exceptionally as a “Young Talented Student” at the Basel Music Conservatoire.
Midori is a recipient of numerous prizes, including 1st Prize at competitions Max Pirani Prize and Sir Arthur Bliss Prize, as well as receiving the Friends of RAM/Honorary Patrons' Development Award and MBF Emerging Excellence Award.
In October 2012, Midori completed her Master of Music degree with Distinction at the Royal Academy of Music, where she was supported by the Seary Charitable Trust and the William Barry Trust. Over these years, she studied with Maurice Hasson and Tomotada Soh.