Our Man In Paris Dexter Gordon 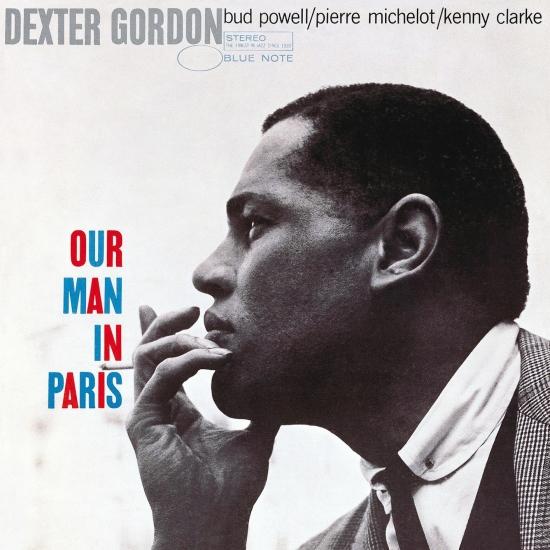 Info for Our Man In Paris

In 1963, the year when Our Man In Paris was recorded, Dexter Gordon turned 40 and moved to Europe for what would be a dozen-year stay. Gordon had been the first important bebop tenor-saxophonist and a giant of Jazz since 1945. After some time off the scene in the ‘50s, he was signed to Blue Note. He returned with full force, playing with power, wit and his trademark huge sound, creating one masterpiece after another. On Our Man In Paris, he is clearly inspired by the playing of the innovative bebop pianist Bud Powell, himself at the peak of his powers, bassist Pierre Michelot and the pioneering bop drummer Kenny Clarke. Gordon plays chorus after chorus of fresh, swinging ideas on such tunes as “Scrapple From The Apple,” “Broadway” and “A Night In Tunisia,” making these Jazz standards sound as if they were written for him. This blazing bebop date is a constant joy.
„Discouraged by the palpable lack of appreciation throughout the first twenty years of his career, Dexter Gordon relocated to Europe from 1962-1976. Even though he was still under contract with Blue Note and returned to the States for sessions and occasional gigs, Gordon appeared both fulfilled and re-energized by the European scene in the 1960s and recorded some of his finest live music at the Montmartre Club in Copenhagen handfuls of which have been released on disc. Dexter was certainly not the only American in Europe during these years, and it’s the reunion of Dexter Gordon with fellow expat Bud Powell (from their classic bop session seventeen years earlier) and famed American swing-to-bop drummer Kenny Clarke that combine to form one of Gordon‘s finest studio efforts during his decade-and-a-half in Europe. A super relaxed solo-break begins Gordon‘s improvisation over this bebop staple, but this serene atmosphere doesn‘t last long. In the blink of an eye, Dexter has committed to one of his more heated improvisations complete with repetitive Coltrane-esque yelps that make us wonder if what we‘re hearing is stemming from a place of joy or ferocity, or perhaps a bit of both. Challenging and entirely musically rewarding, Our Man in Paris comprises an album‘s worth of fascinating listening.“ (Eric Novod, www.jazz.com)
Dexter Gordon, tenor saxophone
Bud Powell, piano
Pierre Michelot, bass
Kenny Clarke, drums
Recorded at CBS Studios, Paris, France on May 23, 1963.
Remastered from the Original Rudy Van Gelder Blue Note Master Tapes!