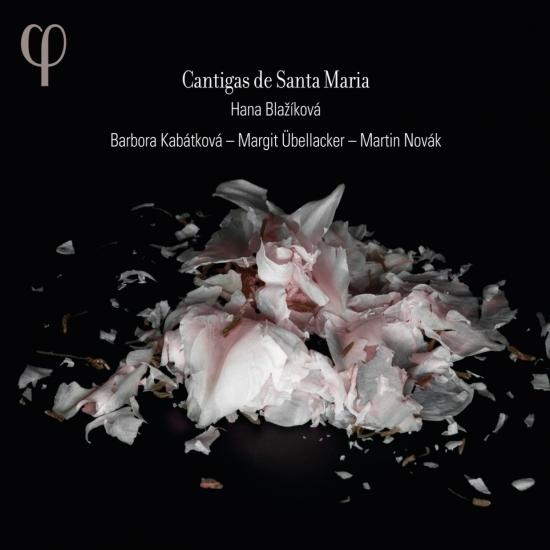 The Cantigas de Santa Maria come from the imposing collection of the court of Alfonso X el Sabio, which offers us one of the most precious sources of mediaeval Spanish music. The Cantigas take us to the end of the Reconquista of the Iberian peninsula and to the very heart of the culture where Christian, Muslim and Jewish traditions mingle.
These songs are interesting not only for their absolutely unique musical language but also for their Portuguese and Galician texts in which are combined poetry, popular stories and hymns, most of them praising miracles of the Virgin Mary.
Starting from illuminated manuscripts that give us an idea of the instruments used at the king’s court, Hana Blažíková and her partners perform these works like a dialogue between two women’s voices, enriching it with two harps, a dulce melos and percussion. Whether using the whole consort or putting the instruments aside, this subtle interpretation has its source in plainchant and the music of the troubadours, with a touch of Arabizing ornaments and improvisation.
Hana Blažíková, soprano, gothic harp, musical direction
Barbora Kabátková, soprano, gothic harp, psaltery
Margit Übellacker, dulce melos
Martin Novák, percussions
Recorded May 11-14, 2014, Church of Our Lady beneath the Chain at the End of the Bridge, Prague, Czech Republic
Recorded, edited, mastering by Rainer Arndt
Produced by Aliénor Mahy