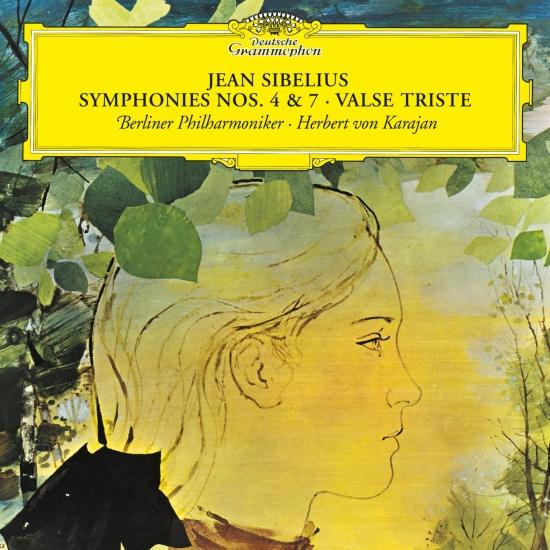 "Karajan recorded the Fourth Symphony three times, once in the 1950s with the Philharmonia and twice with the Berlin Philharmonic. The work obviously meant a great deal to him. He insisted on its inclusion in his very first concert on his appointment at the Berlin Philharmonic in the mid-1950s at a time when Sibelius's cause had few champions in Germany, so keen was he to stake its claim as one of the great symphonies of the day. Karajan's account has withstood the test of time as one of the most searching, profound and concentrated performances of this masterpiece, and its reappearance at mid price was very welcome. The Seventh is finer than his earlier Philharmonia version but doesn't enjoy quite the same classic status. Karajan's Valsetriste is wonderfully seductive. Indispensable!" (Gramophone Classical Music Guide)
Berliner Philharmoniker
Herbert von Karajan, conductor
Digitally remastered