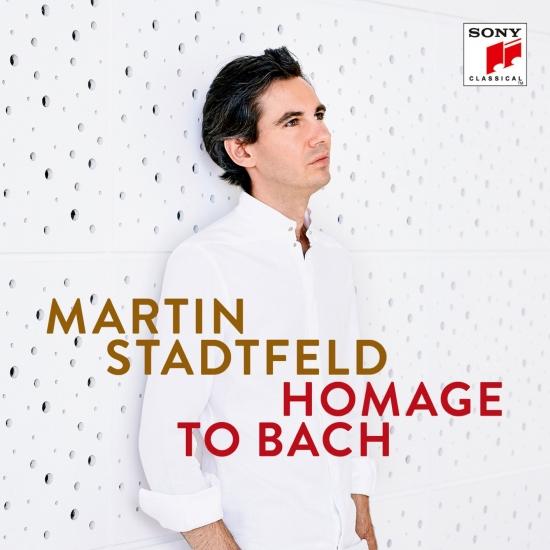 Info for Homage to Bach

The many years Martin Stadtfeld devoted to studying the music of Johann Sebastian Bach are now also bearing compositional fruit. On his new CD he presents his own arrangements and works, which are closely linked with Bach’s musical cosmos.
The Chaconne from the D minor Partita for Solo Violin, BWV 1004, numbers among the most remarkable and fascinating works in the classical repertoire, as can be seen by the many arrangements of this piece, with Robert Schumann, Johannes Brahms and Ferruccio Busoni among the most prominent to have arranged it. Although Martin Stadtfeld was inspired by Busoni, in his arrangement he also focused on a pared down approach, allowing the timbres of the original to shine through on the modern grand.
In the second part of his new release he presents his twelve-part “Homage to Bach.” This cyclical work emerged from his improvisations on themes by Bach in concert and years of closely working on Bach’s late work, especially the 14 Canons BWV 1087, and improvisations on short passages from the Goldberg Variations, The Musical Offering and The Art of Fugue. As Martin Stadtfeld says, “you could exaggerate a little and say that in his final years Bach was only composing canons – and they cast a spell on me.”
Based on this experience, Stadtfeld has now recorded a composition with an introductory Prelude starting in the same key as The Well-Tempered Clavier. Each successive piece is a half-step higher, so that the closing piece is in B, just like in The Well-Tempered Clavier. In addition, for his own cycle he developed his own tuning for the grand piano, which was used in this recording and also in his recitals.
Stadtfeld relies on familiar Baroque models in general and Bach’s music in particular, including the Echo at the end of the French Overture, the Siciliano from the Sonata for Flute BWV 1031, and finally the Ricercar from The Musical Offering. This homage is a voyage of discovery leading to Bach, away from Bach, and back to him again.
Martin Stadtfeld, piano 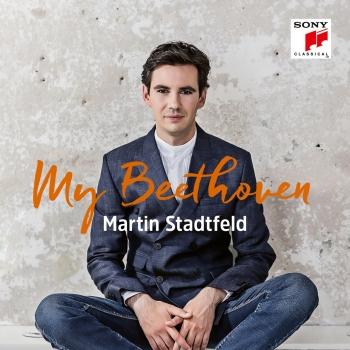 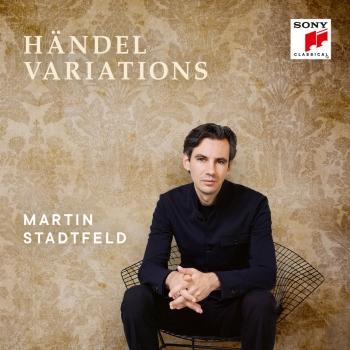 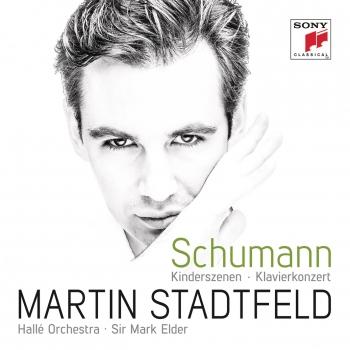 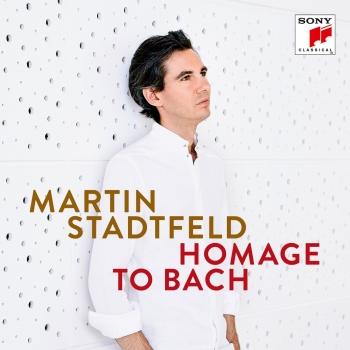 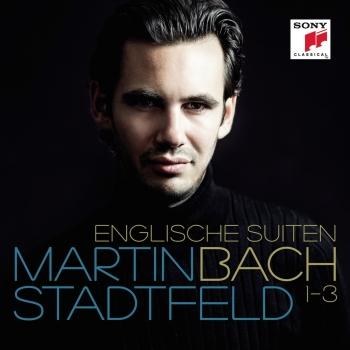 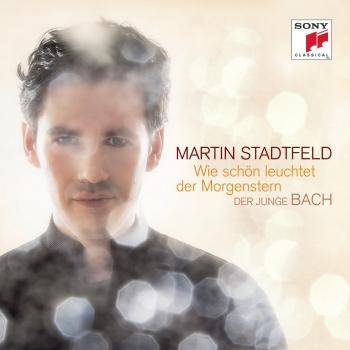 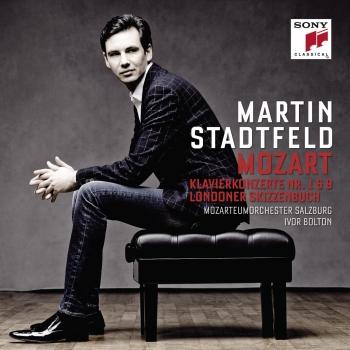 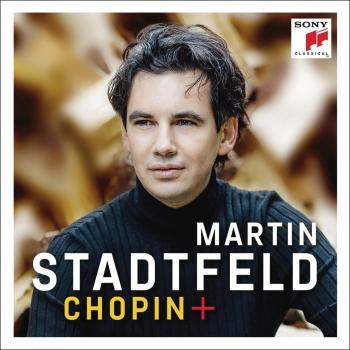 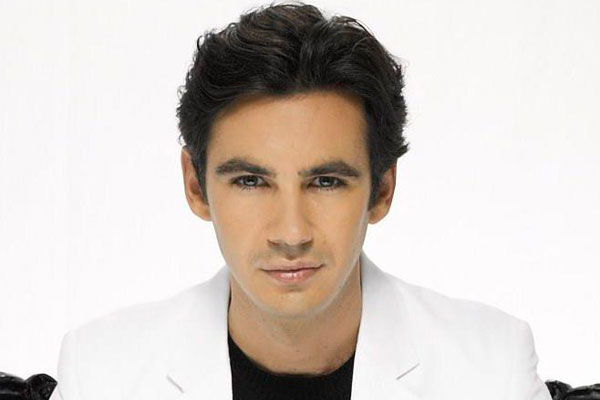 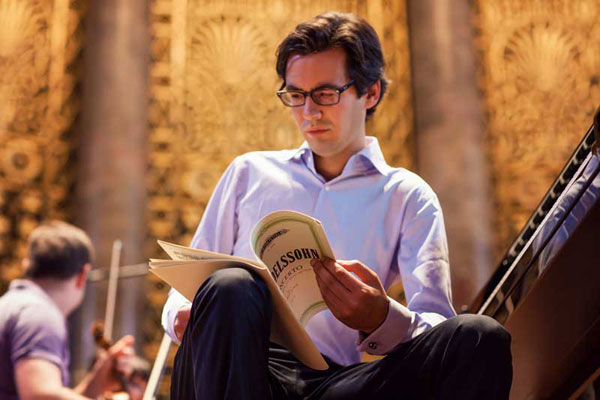 Martin Stadtfeld
born 1980 gave his début recital at the age of nine, and was only 13 when he enrolled at the Musikhochschule Frankfurt to study with Lev Natochenny. He created a stir in 2002 when he became the first German pianist to win the International Bach Competition in Leipzig. First prize in this prestigious contest, which hadn't been awarded for 14 years, opened the doors to the leading Bach festivals (Ansbach, Stuttgart, Köthen) for the young artist, as well as to other important music festivals.
Concert tours have since taken him to all the leading music centres in Europe, the USA and Japan, and he has given solo recitals to full houses in all major German cities, in the Concertgebouw Amsterdam, the Sumida Triphony Hall in Tokyo and at the Salzburg Festival. He has also played in orchestral concerts together with the Munich Philharmonic, London's Royal Philharmonic Orchestra, the New Japan Philharmonic Orchestra, Camerata Salzburg, the Residentie Orkest den Haag, the Salzburg Mozarteum Orchester and the Dresden Staatskapelle.
Martin Stadtfeld records exclusively for Sony Classical. His début CD with Bach's Goldberg Variations was released in 2003 to effusive praise from the critics, and rapidly rose to first position in the German classical charts. In October 2004 Martin Stadtfeld was awarded the "Echo Klassik" prize for this CD as "Young artist of the year". His sophomore album, "Bach Pur", featured Bach's three-part inventions and his Italian Concerto, as well as transcriptions by Ferruccio Busoni and Alexander Siloti, and again went to no.1 in the German classical charts; in 2005 the pianist was awarded another "Echo Klassik" prize for the "Solo recording of the year". Martin Stadtfeld's great passion is the music of Johann Sebastian Bach, but to quote the weekly paper Die Zeit, Bach is certainly "the alpha and omega of his thinking, but by no means the entire alphabet. The young German artist can do a lot more than just play Bach".
In autumn 2005, in time for Mozart Year, Martin Stadtfeld released Mozart's piano concertos no. 20 & 24, recorded together with the North German Radio Symphony Orchestra under Bruno Weil, which the music press praised as an "interpretation at once totally alert and highly sensitive". February 2006 saw the release of the CD "Kleine Stücke" with 16 Bach preludes and Robert Schumann's Bunte Blätter. Martin Stadtfeld then went on to record three keyboard concertos by Bach, with Achim Fiedler conducting the Festival Strings Lucerne. This CD was released in the autumn of 2006, and was awarded the "Echo Klassik" prize for the "Best concerto recording" in 2007. For his next CD, the young pianist turned his attention to Schubert, releasing the two sonatas D.960 in B flat major and D.984 in G major in September 2007. German trade magazine Audio chose this recording as its classical CD of the month, writing that "Martin Stadtfeld makes the piano sing. His approach is unusual and unfamiliar-sounding, cheeky and typically Stadtfeld. But once you've got used to it, these interpretations afford immense pleasure". "Echo Klassik" once again honoured the new CD with an award as its "Best solo recording (19th century)" in 2008.
The recording of the first part of Bach's "The Well-Tempered Clavier" was made in the Dortmund Konzerthaus, and was released in October 2008 accompanied by a second CD made as a co-production with the broadcasting station SWR: Martin Stadtfeld explains to a 12-year-old girl the special features of the work, using extracts from the score that he plays on the piano, the harpsichord, a clavichord and an organ. Martin Stadtfeld has been working together with the Dortmund Konzerthaus for many years now. In addition to regular recitals there as part of the concert series "Junge Wilde", he has also gone to some lengths to engender interest in classical music among pupils from problem schools: he visits schools, talks to the children about his work as a pianist, presents music to them, especially music by Bach, and invites them to attend one of his concerts.