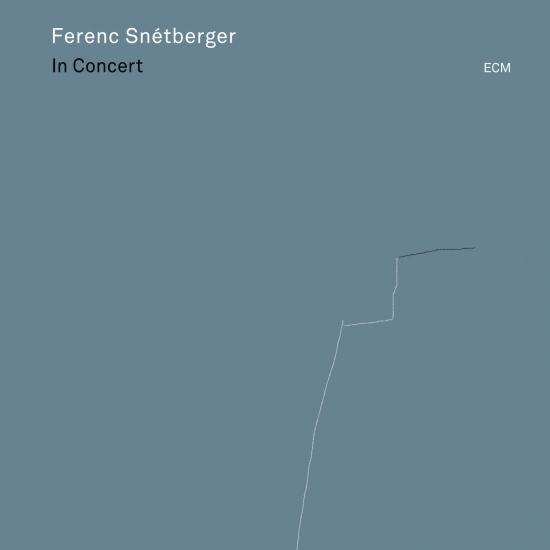 Info for In Concert at Liszt Academy, Budapest

In Concert is Ferenc Snétberger’s first recording for ECM and a coming full circle for the Hungarian guitarist. It is drawn from a live performance at Budapest’s Franz Liszt Academy of Music, where he once had formative experiences as a young listener: “I heard Bach and it changed my life.” When Snétberger first encountered Johann Sebastian Bach, he was already steeped in jazz. In his richly musical Roma household his father and two brothers also played guitar and the records of John Coltrane, Charlie Parker, Jim Hall and especially Django Reinhardt were a constant. “I started with jazz, and then the influence of classical music became very strong for me.”
Later came exposure to the great touchstones and references of the guitar-player’s universe: Brazilian, South American and flamenco. The elevating shock of hearing Egberto Gismonti in duo with Nana Vasconcelos provided a trigger. The gamut of these stylistic, cultural and personal exposures and influences spreads like a colour infusion through the music of In Concert. Snétberger has apprehended something essential of the purity of each of these strands. It’s precisely the combination and diversity of Snétberger’s heterogeneity, open and generous yet rarefied, that makes the ebb and flow of the music so captivating.
Eight of the pieces on the album are named for Budapest, Snétberger’s ville de coeur if not his home town (which is Salgótarján, about 120km to the north). “Budapest I” opens with an improvisation, comprising about half the performance, before the melody finally arrives – the tune Ferenc has performed in other formats notably in duo with trumpeter Markus Stockhausen, but here it is wholly transformed. As Snétberger describes it, the tune sits in him at all times “almost ready” for performance.
Also largely improvised, “Budapest II” gives witness to the impact of Bach on Snétberger's musical conception. “Before I play it, I hear Bach’s tones,” he says. The listener has the impression of multiple reflections, at various stages three voices — treble, bass and middle register.
“Budapest III” begins slowly with sounds like harp notes. The guitarist says Argentine ‘nuevo tango’ composer Astor Piazzolla inspired the melody which was originally written for a film, but is largely subsumed here in an extended improvisation. “Budapest IV” is another evocation of multiple voices, the catchy chordal melody redolent of a Brazilian samba. Suddenly, seductively, the melody is suspended and one has the impression of a saxophone or right-hand improvisation on the piano. “Budapest V” is a free improvisation. The piece is without a fixed pulse but the timing inside it — a distinction (timing versus tempo) Ferenc keenly makes — helps explain perhaps the sense of both looseness and precision.
“Budapest VI” announces an entirely different mood. Listeners familiar with the guitarist’s oeuvre may recognise the melody, a motive from a tune (“Empathy”) written for large ensemble and performed previously with Arild Andersen and Paolo Vinaccia. The light-touch, open harmonies of “Budapest VII” evoke springtime for the guitarist. This was the first time this tune was ever performed. With the ballad “Budapest VIII”, the music takes a reflective turn. A version of “Over the Rainbow” rounds out the album, the concert encore at the Liszt Academy.
Further ECM recordings with Ferenc Snétberger are in preparation, including a recording of his new trio with Anders Jormin and Joey Baron.
Ferenc Snétberger, guitar 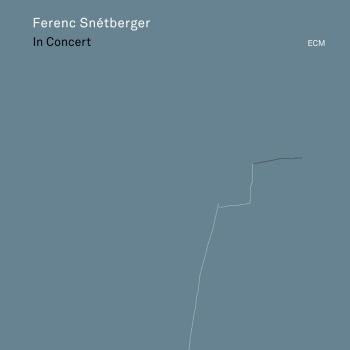 In Concert at Liszt Academy, Budapest 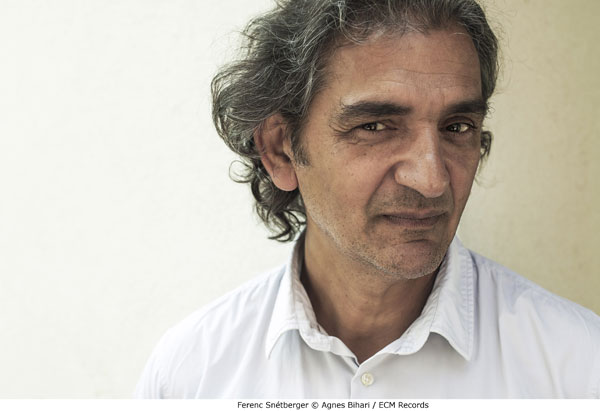 Ferenc Snétberger
Born in 1957 in northern Hungary, guitarist/composer Ferenc Snétberger was the youngest son of a family of musicians. Early on his father, a guitar player also, became his role model. Snétberger studied classical music and jazz guitar. Today he is best known for his art of improvising and his crossing of stylistic borders. His music is inspired by the Roma tradition of his home country, Brazilian music and flamenco as well as classical guitar playing and jazz. He made numerous albums as a leader, co-leader and sideman and has toured all over Europe as well as Japan, Korea, India and the United States.
In 1995 he composed his Concerto for Guitar and Orchestra, "In Memory of My People", on the occasion the fiftieth year following the end of the holocaust. Inspired by melodies of the gypsy tradition, the concerto is a powerful statement against human suffering. It has been performed by the composer himself with chamber orchestras in Hungary, Italy and Germany and also at the New York UN headquarters (International Holocaust Memorial Day, 2007).
Ferenc Snétberger performed Luciano Berios Sequenza XI (for solo guitar) as well as concertos with orchestra by Vivaldi, Rodrigo, and John McLaughlin. He also wrote music for film and theater. In 2002 Snétberger was appointed freeman of his birth town and two years later received the Hungarian Order of Merit. In 2005 he was awarded the Liszt Ferenc Prize in Budapest, 2013 the Prima Díj, 2014 the Kossuth Díj.
In 2004 Snétberger founded his new trio with legendary Norwegian bass player Arild Andersen and Norway-based Italian drummer/percussionist Paolo Vinaccia. With natural ease and on the highest level the three of them bring together choice compositions, technical skills, improvisational drive and musical fantasy. Released in fall 2005, their debut album "Nomad" was greeted with enthusiasm by critics and listeners.
Snétbergers cooperation with Markus Stockhausen started in 1999 with "Landscapes", a duo suite recorded for Snétbergers album "For My People". In three movements the musicians immediately create a language of their own showing their talents in an amazing way. "They come along lightly and yet filled with melancholy - and they give the impression that one day they simply had to meet in order to make this music happen. You cant help but hope this cooperation will be continued soon," Ralf v.d. Kellen wrote in Intro magazine. Eight years later during which Snétberger and Stockhausen have further been stimulating each other artistically, their duo album "Streams" finally proves their development.
In 2011, Snétberger founded the Snétberger Musical Talent Center (www.snetbergercenter.org), for the musical education of children from disadvantaged backgrounds.

Booklet for In Concert at Liszt Academy, Budapest