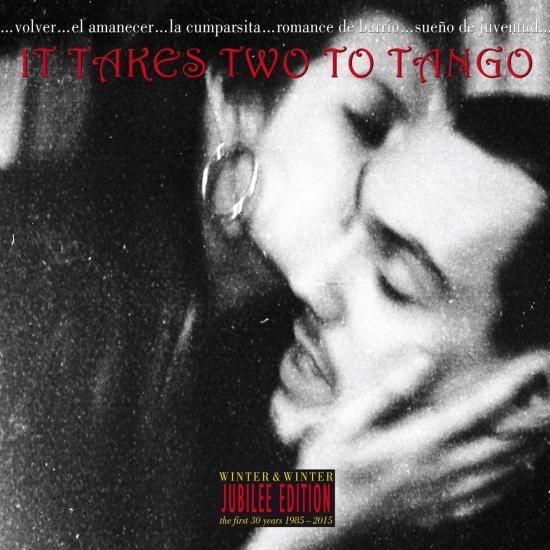 Info for It Takes Two to Tango (Jubilee Edition)

»It Takes Two To Tango« offers an acoustic journey through the unique world of tango and introduces the most famous Argentinean tango composers and their key works. »It Takes Two To Tango« is a series of songs having been written since the end of the 19th century. Among the great masters are Agustín Bardi, Roberto Firpo, Ángel Villoldo, Gerardo Matos Rodríguez and of course Carlos Gardel. Gardel is considered one of the most important personalities of tango in the 1st half of the 20th century. Both as a singer and composer he has shaped and influenced the development of the tango. 'Volver', the probably most known tango in the world, is interpreted on this album by the two tango musicians Aníbal Arias and Osvaldo Montes, who are since the end of the Second World War the dominating forces in the Argentinean tango scene. The music of these two musicians ignites a deep desire for the past, their music expresses nóstos (return, home coming) and álgos (pain) as well as nostalgia.
Their sounds are pure nostalgia just as a hundred years ago when tango was born as a dance between men as the consquence of lack of women among te majority of male emigrants to South America. Not before Gardel's success in the Parisian high society and as well in the rest of South America this music receives its breakthrough. Carlos Gardel was the first and maybe only true Argentinean world star in the showbusiness. Aníbal Arias and Osvaldo Montes care for his legacy and let his music flourish. His words '... to feel that life is a breeze, twenty years a nothing...' have reached world renown.
Ángel Villoldo, represented on this CD with 'El Porteñito' and 'El Choclo', describes in the latter piece the rise of tango and a singer into the lime light of the metropole Buenos Aires and Juan de Dios Filiberto composes in 1918 the 'Woes of the bandoneon' ('Quejas de Bandoneón'), the best German invention (by Heinrich Band), how until today one alludes lovingly ironic in Argentina to the origin of this firmly anchored instrument in the Orquesta Típica. Enrique Santos Discépolo, initially actor by profession, made his way in later years to world esteem as tango composer and lyricist, especially since Gardel emerged as interpreter of his songs; 'Sueño de Juventud', dream of the youth, is a romantic waltz, calling back to mind the memory of long passed days in the typical tango melancholy.
In the tango clubs and folksy bars of Buenos Aires the melodies of the early period and the golden era since the 1920s until today have their perfectly natural place, but times have changed. Still in the mid 80s one could mainly hear recorded music in tango bars. The old gentlemen Aníbal Arias and Osvaldo Montes have altered this as much as Andrés Linetzky. Linetzky is one of the protagonists of this album. With his ensembles in varying lineups (Tangata Rea and Vale Tango) he makes Buenos Aires nights resound and hundreds dance to his music. He belongs to the young generation of tango musicians and has made his first recording for Winter&Winter, aged only 24, in 1998 already. 2015 will see Linetzky with a show on a concert tour through Japan. Both, the grand seigneur of tango Aníbal Arias and the main representative of the new generation, Andrés Linetzky collaborate with singer Lidia Borda, described by the Rolling Stone Magazine as 'the best tango singer of the present'.
Not only the musical interpretations but also the recording quality make »It Takes Two To Tango« a very special album. With more classics such as 'Romance de Barrio', 'Niebla del Riachuelo' (Fog of the Riachuelo river) or 'La Cumparsita', the little carnival parade, which often musically indicates to dancers the end of a milonga, a wonderful compendium of the most beautiful catchy tango tunes was created. Tango orchestras alternating with intimate duos and solos offer a richness of sounds as they can normally only be experienced in the special bars and clubs of Buenos Aires. The choice of compositions fell consciously on the most famous ones, which became popular hits in the last century. Aníbal Arias, Osvaldo Montes, Andrés Linetzky and his musicians as well as Lidia Borda reawaken the nostalgia of this music to a listening experience. Buenos Aires unfolds around the listener as if being directly there.
Nicolás Capsitski, bandoneón
Luis Longhi, bandoneón
Osvaldo Montes, bandoneón
Federico Pereiro, bandoneón
Luciano Sciarretta, bandoneón
Patricio Cotella, bass
Nicolás Zacarías, bass
Paulina Fain, flute
Aníbal Arias, guitar
Victorio Pujía, guitar
Andrés Linetzky, piano
Luis Sava, violin
Alejandro Schaikis, violin
Lidia Borda, vocals
Digitally remastered 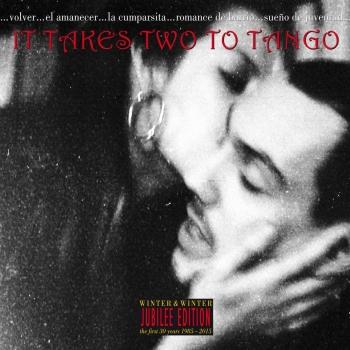