One Flight Up Dexter Gordon 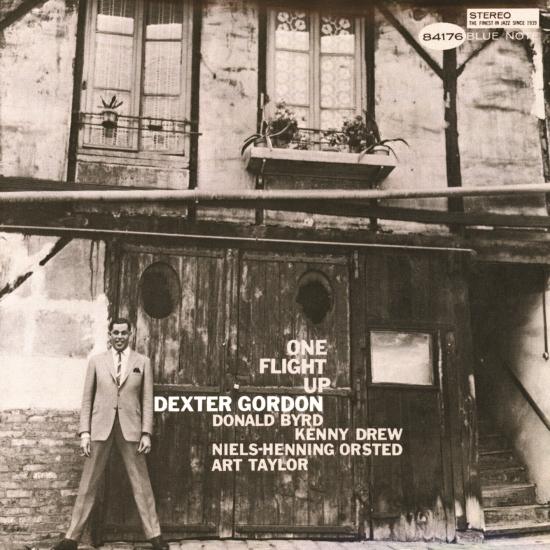 Info for One Flight Up

Again one wonders: where would jazz have gone without the advent of the LP? Certainly not down the path that brought us the 18-minute 'Tanya,' which originally took up the entire first side of Dexter Gordon's second expatriate album for Blue Note in 1964. Based in Copenhagen since 1962, Gordon assembled a group in Paris for this session, including fellow Americans-abroad Kenny Drew, Donald Byrd and Art Taylor. It's Byrd who contributes 'Tanya,' a cross-pollination of Blue Note smolder and then-the-rage modal perspective.
Gordon takes his time stretching out over the forms, which are particularly drawn out to begin with. Drew's 'Coppin' the Haven' is a more concise continuation of the effort to reconcile the modal approach with the use of more bop-like changes. 'Darn That Dream,' a ballad feature for the leader, is done as a quartet, as is the one Gordon composition 'Kong Neptune,' a track not released on the original LP. A particularly interesting aspect of this disc is the chance to hear bassist Niels--Henning Orsted Pedersen making one of his earliest recorded appearances.
Dexter Gordon, tenor saxophone
Donald Byrd, trumpet (on tracks 1, 2)
Kenny Drew, piano
Niels-Henning Orsted Pedersen, bass
Art Taylor, drums
Recorded on June 2, 1964 at CBS Studios, Paris
Engineered by Jacques Lubin
Produced by Francis Wolff
Digitally remastered