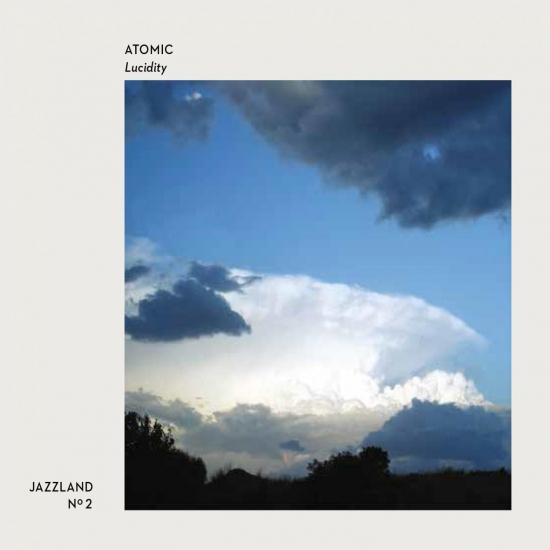 Atomic is a stalwart modern jazz band from Scandinavia featuring Havard Wiik on piano, Fredrik Ljungkvist on saxophone and clarinet, Magnus Broo on trumpet, Ingebrigt Haker-Flaten on bass and Hans Hulboekmo on drums, replacing Paal Nilssen-Love. The music is their trademark free-bop, beginning with “Laterna Interfult” which opens with a mysterious melody before diving into some more powerful improvised sections, where the music stutters and sways, and the horns weave and joust around each other. Ljungkvist breaks lose on saxophone, before stopping on a dime, moving the music back to a more passive position. There are sections of faster, choppier collective improvisation which are quite exciting as is the nimble way that everyone can drop out to give Haker-Flaten a well deserved bass solo. The full band returns for a rousing and swinging conclusion. More beautiful bass playing is featured on “A New Junction” which patiently adds instruments developing a slow simmer. Spacious and spare, there is room to move for trumpet and clarinet, then involving droplets of piano. “Lucidity” jumps out of the gate hard with the full band firing on all cylinders. A punchy trumpet solo from Broo, is kicked in the pants nicely with Hulboekmo’s heavy pulse. They ramp down to a more abstract section, before Wiik gleefully leads them back into the back into the fray with trumpet and saxophone reaching for the sky about the powerful rhythm team. Flute like trumpet from Broo along with open ended piano draws subtle shades on “Start/Stop” before they jump up with a more complex group improvisation including a nice section for clarinet and bass, followed by very heavy hitting piano and drums accented by trumpet squeals. “Major” has a noir-ish haunted opening, Things spring to life with throbbing fast bass (IHF is just epic throughout the whole album) pushing Broo’s trumpet ever higher. The full band comes together, rocketing into orbit with an excellent collectively improvised section. Atomic has been around for a while now and their music continues to evolve, moving from jazz to free improvisation and back. The band is a group of very talented individual musicians, but when the come together, the whole is definitely better than the sum of its parts
“Atomic continues to mine its unique meeting place of American-centric free jazz, Scandinavian melodies and a personal approach to composition-cued spontaneity.” (John Kelman, AllAboutJazz)
Håvard Wiik, piano
Fredrik Ljungkvist, tenor and Bb clarinet
Magnus Broo, trumpet
Ingebrigt Håker Flaten, bass
Hans Hulboekmo, drums
Recorded September 5th & 6th, 2014 at Fattoria Musica in Osnabrück
Engineered by Stephan van Wylick
Mixed and Mastered by Morgan Nicolaysen at Propeller Studio, Oslo
Co-Produced by Sten Nilsen
Produced by Atomic 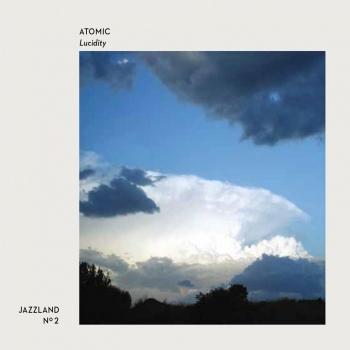 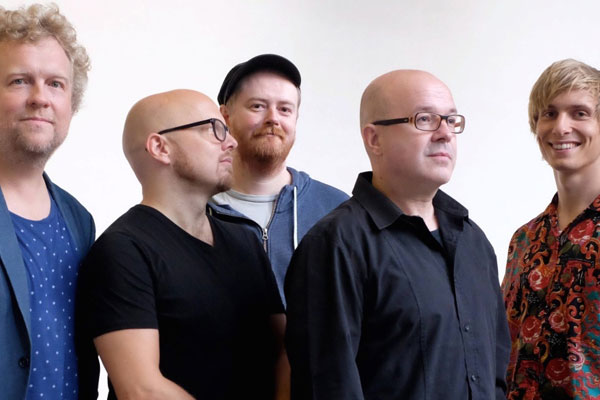 Atomic
was established in 2000 and already after their first two studio albums Feet Music (2002) and Boom Boom (2003), both their growing audience and music reviewers alike began to perceive them as an original flavor with an entirely individual energy that few Scandinavian jazz groups could match. Even though initially thought of as a sort of rebellion to the quaintness of the “Scandinavian Sound” which had become exemplified by Norwegian artists on labels such as ECM, Atomic found themselves becoming a new sort of unique sound on their own. An explosive blend of American free-jazz with European characteristics is how some reviewers have described them. Or better yet, “part academic lecture, part a fun night out on the town”, is how the band describes themselves, and is what makes their sound truly Atomic.
While they make no secret of their admiration for leading American jazz musicians such as Duke Ellington, Archie Shepp, Charles Mingus and George Russell, just to mention a few, the music of Atomic is also mixed with an equal love of European free jazz and improvised music. They regard the American and European jazz traditions as an inspiration rather than a restriction, as a springboard to set their own direction and position within jazz music. No strangers to the touring circuit, Atomic were on the road almost as soon as they were formed, and they have since 2000 been touring extensively in Europe, Japan and the US. They have released 13 CD’s including their 2010 releases “Theater tilters Vol 1 & 2” that came in connection with their 10 year anniversary, followed by “There’s a hole in the mountain” in 2013, and now their most recent album; ‘Lucidity’ (2015). They have been promoting this latest release with extensive tours both in the US and EU. They will tour Japan in February 2016.
Through avenues of lights, accompanied loneliness, lonely accompaniments, musical exhortations and tremulous lulling, Atomic introduce their latest opus in typically defiant form. The album assembles the various Atomic components in a thoroughly recognizable yet surprising (and sometimes disconcerting) way, suggesting multiple time signatures, motifs and submotifs, musical tracery that seems to defy explanation in conventional terms.
They take moments of minimalist simplicity and contextualize them, by turns, in amorphous textures, angular musical structures, whimsical interplays and rushes of driving frenzy. A track might swing in on muscular arms from the highest reaches of the jungle canopy, bedecked in its finest groove, before shedding its ape suit to reveal something altogether more ethereal. v They seem to hurtle in freefall spirals, before raising merry hell with free improvisations, looping and diving amid each other’s vapour trails, and managing to recalibrate simultaneously their alignment and launch into the next composed passage without batting an eyelid.
If you ever wondered what synchronized swimming among man-eating sharks might sound like, this is probably as close as you’ll ever get.
For all the oomph and swagger, there are moments of fragile beauty in there too. Wiik’s piano lines sometimes seem eggshell thin amid the hubbub, yet they remain solid, unbuckled. As anyone familiar would expect, the solos are of top quality, made of thought processes long-aged and matured in the uniquely flavoursome Atomic cask.
Newly-arrived Hans Hulbœkmo more than ably batters and rattles in Paal Nilssen-Love’s stead, displaying a similar, yet personally signed, technique. Caps must be doffed to any musician who can even be passable within a unit with near-psychic communication skills as Atomic have always seemed to possess: Hulbœkmo already feels as though he has always been there.
Wiik and Ljungkvist (as has become the norm over the past number of years) provide the compositional frameworks for the group’s inventiveness and sheer authenticity to be placed on full display. While this album may have a touch more shadow than usual, the trademark mercurial wit remains intact, with knowing echoes, paraphrases and quotations popping up here and there, archness romping through disquieting musical turns of phrase, while unfettered sincerity warms the heart of oblique passages elsewhere.
Atomic’s ability to renew itself seems limitless, as though each step of its path to date has been as fresh as the one before it. With each new release they demonstrate their will to outdistance, outshine, outfox, outclass and outmaneuver their past work. All signs point onwards and upwards.