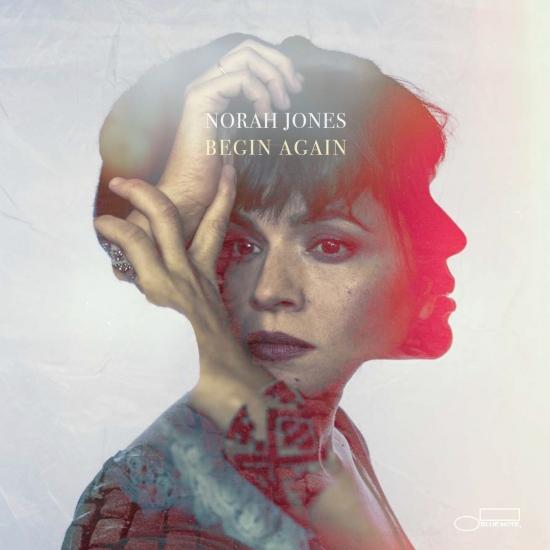 Nine-time GRAMMY-winning singer-songwriter Norah Jones will release "Begin Again", a collection of singles that gathers seven eclectic songs that Jones has recorded over the past year with collaborators including Jeff Tweedy and Thomas Bartlett.
Last year, following the 2016 release of her acclaimed album Day Breaks—and the extensive promotional campaign and world tour that accompanied it—Jones quietly returned to the studio with the sole intent of following her muse down creative pathways without any expectations or boundaries. Reveling in the joy and spontaneity of music-making with a true spirit of openness, Jones got together with various friends for brief, largely-improvised sessions to collaborate and experiment.
“I felt inspired to record and try different things,” Jones says, adding that the idea was to make it “quick and fun and easy and low-pressure. It’s a great way to collaborate with other people. Just a day or 3 in the studio and that’s it.”
“I try to go in with a few clips of voice memo ideas to have a jumping off point,” she explains. “With each session the little ideas were definitely with those particular musicians in mind, but the hope is to always create in the moment and with each session there were songs that came out of nothing. I was very open and had no real expectations as far as direction, but each session has exceeded my expectations. It’s been so fun and I feel very inspired right now and love all the different directions this is going.”
The singles Jones began releasing last summer ran the gamut from riveting electronic experiments to starkly acoustic folk ballads to organ-and-horn drenched soul songs. With the addition of three more previously unreleased songs, Begin Again presents seven snapshots of creativity from one of the music world’s most versatile and consistently intriguing artists.
"Jones makes music purely for the joy of making it. It’s this creative drive that leads her to studio sessions and tour dates with the most intriguing artists across the industry. But where genre and production experimentation may lead others astray, Jones brings a particular grace to songwriting that allows her to adapt almost seamlessly to new forms. Begin Again revels in exploration, proving no territory is inaccessible to Jones." (consequenceofsound.net)
Norah Jones, vocals, piano, organ
Dave Guy, trumpet
Leon Michels, tenor saxophone
Christopher Thomas, bass
Brian Blade, drums