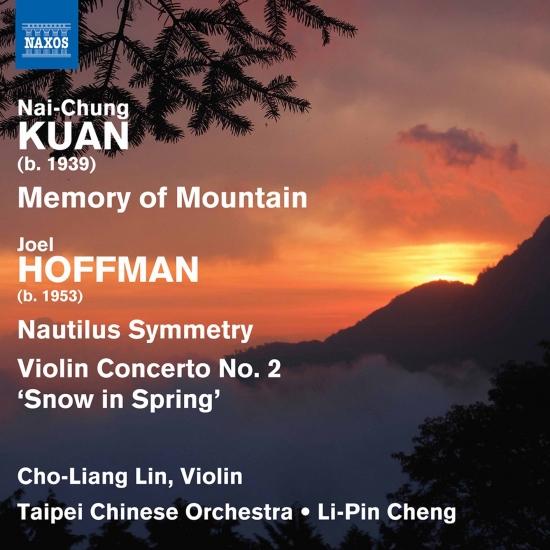 Nai-Chung Kuan’s Memory of Mountain, originally a banhu concerto and here recast for the violin, is inspired by the magnificent scenery and culture of Taiwan’s Alishan mountains, and explores three scenic topics employing native instruments to great effect. Joel Hoffman’s music draws from such diverse sources as Eastern European folk music and American bebop, remaining full of lyricism and rhythmic vitality. Nautilus Symmetry, his first work for full Chinese orchestra, and Violin Concerto No. 2 ‘Snow in Spring’, display a love of plucked string instruments and traditional Chinese melodies expressed in a style that is recognisably his own.
"Two Violin Concertos from two very different cultures offer an interesting juxtaposition in both the background and origins of their respective composers.
Born in 1939, Nai-Chung Kuan, studied at the Central Conservatory of Music in his native city of Beijing, his output of works include four symphonies and twenty concertos for various instruments. The work recorded here, originally for the Banhu, a Chinese bowed string instrument, was arranged by the composer in 2016 for the Violin and Chinese Orchestra. For classical music concert-goers, the concerto you will hear is a highly attractive score of Western influences, the soloist offered an ample display of virtuosity. Cast as three picture movements, it reflects the impression made on the composer by a mountain range on a visit to Taiwan, the original score completed in 1991. After a rather conventional opening movement, the ‘scherzo’ is a fun piece reflecting the train passing through the mountains, while the finale is a joyous Celebration of a Good Harvest Year. By contrast, Joel Hoffman was born in 1953 in Vancouver, Canada, and musically educated in New York. As a composer he has been drawn to Chinese music, a country where he has spent some time as guest professor at the Beijing Conservatoire. He stresses that the Second Violin Concerto, ‘Snow in Spring’, is not by a Western composer writing for a Chinese Orchestra, but rather an example of ‘East meets West’. The result is often oriental without sounding contrived. In two contrasting movements, the opening Andante is balanced by the agile Allegro that finds the soloist, Cho-Liang Lin, obviously enjoying the work’s demands. Also from 2018 is the Nautilus Symphony, its name taken from the symmetry of the marking on the marine mollusk’s shell. Here he is overtaken by Chinese influences, and particularly in the use of a Chinese orchestra, and we hear that quality from the outstanding Taipei Chinese Orchestra with the much travelled Taiwan conductor, Li-Pin Cheng. Good recorded sound." (David’s Review Corner)
Cho-Liang Lin, violin (tracks 1–3, 5–6)
Taipei Chinese Orchestra
Li-Pin Cheng, conductor 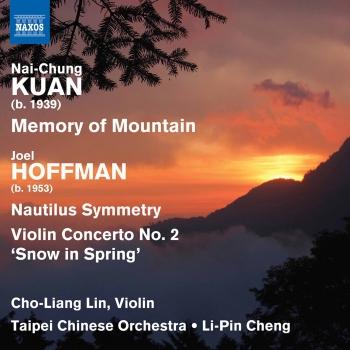 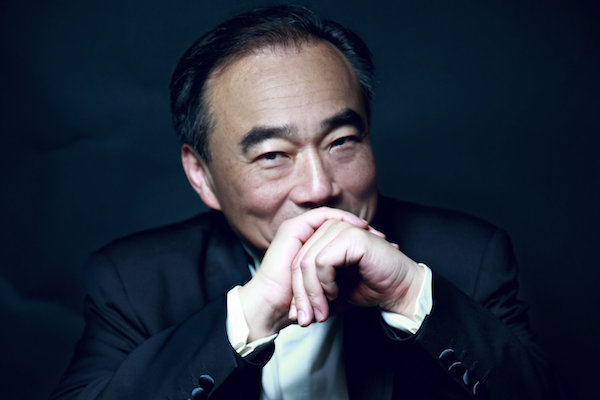