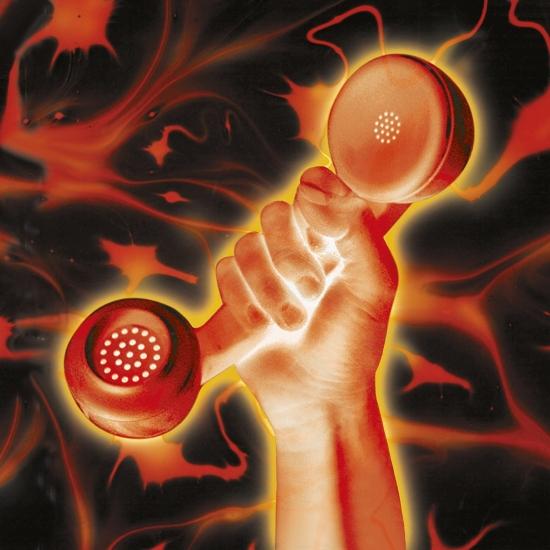 Secret World Live contains 15 tracks (16 tracks on the digital version) from the Secret World tour of 1993. Recorded at the Palasport, Modena in northern Italy on 16 and 17 November 1993, the collection spans Peter’s solo career until that point; from debut single Solsbury Hill right up to Digging In The Dirt, Steam and Blood Of Eden from US, which was – at the time – his most recent studio album.
The shows feature a rather formidable line-up of special guests, among them Peter’s production cohort Daniel Lanois, Congolese superstar Papa Wemba, the Memphis Horns and guitarist Leo Nocentelli from The Meters. In marshalling this array of talent – and in putting in a thoroughly committed and total performance himself – Peter further consolidated his reputation as a ringmaster of dynamism and daring.
An aural postcard of Gabriel's 1993-1994 "Us World Tour", SECRET WORLD LIVE is demonstrative of this studio perfectionist's ability to produce singular, textured works in any setting. He has always surrounded himself with first-class players who shared his vision of incorporating world music into the Western pop vocabulary (guitarist David Rhodes, bassist Tony Levin and drummer Manu Katche have been with Gabriel thebetter part of ten years). to expand the music's breadth, for the "Us" tour he added noted jazz violinist Shankar and vocalist Paula Cole to the band and restructured the songs toreflect the more celebratory aspects of live performances. This mix provides SECRET WORLD LIVE with it's world-beat meets new age jazz meets English art-soul sound. Created in the wake of U2's extravagant "Zoo TV", the "Us" shows were also multi-media blow outs, thematically connected to Gabriel's then-current explorations of psychotherapy. In fact, the second half of the album incorporates previous hits-the sexually charged "Sledgehammer", the elegiac "Don't Give Up" (with Cole playing Kate Bush's part), and the anthemic "In YourEyes"-into a song-cycle that explores the consequences of the inner fears of youth and love's ability to insulate one from that pain. It all makes Gabriel's SECRET WORLD LIVE addup to a musical stew that is equal parts William Gibson, Carl Jung and Fela Kuti.
“More than the studio originals, these versions elaborate on the dramatic potential inherent in them – the heat and magnitude of rhythm, the human/animal ambiguity of an otherworldly cry” (Rolling Stone)
Peter Gabriel, lead vocals, harmonica, keyboards, rainstick
Paula Cole, additional vocals; lead vocals on "Don't Give Up"
Shankar, violins, additional vocals
David Rhodes, guitar, backing vocals
Jean-Claude Naimro, keyboards, backing vocals
Tony Levin, bass, Chapman Stick, backing vocals
Manu Katché, drums
Levon Minassian, doudouk
Additional musicians:
Leo Nocentelli, guitar, backing vocals
Daniel Lanois, dobro, Fender Telecaster electric guitar
Babacar Faye, djembe
Hossam Ramzy, surdo
Assane Thiam, talking drum, Tama drums
Tim Green, tenor saxophone
Reggie Houston, baritone saxophone
Wayne Jackson, trumpet, cornet
Renard Poche, trombone
Papa Wemba and his band Molokai
Recorded 16-17 November 1993, Palasport Nuovo, Modena, Italy
Produced by Peter Gabriel, Peter Walsh
Digitally remastered