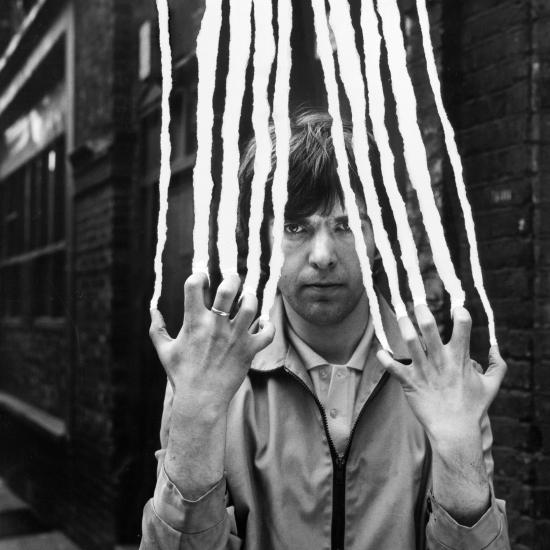 Peter Gabriel is the second solo album by English singer-songwriter Peter Gabriel, released in 1978. The album is the second of four with the same title. It was produced by guitarist Robert Fripp, whose influence is evident in the use of 'Frippertronics' on the track "Exposure".
Recorded over the winter of 1977-78 in the Netherlands and New York City, the second self-titled album was released in June 1978. Robert Fripp, the guitarist on the first record, was promoted to the producer’s chair and continued to feed Peter’s growing fascination with electronics and new recording techniques. The resulting album is a denser, more experimental album than the debut.
“We recorded the second album in Holland were we started to get to know each other a lot more as musicians. At that time there were less people in the studio and we started, in this isolated environment of the Dutch studio, to interact in a different way, and I think some of the band chemistry began to form.
Tony Levin, Larry Fast and Robert Fripp were the only people from the first album that were carried over into the second album. Tony also introduced me to Jerry Marotta, who played a big part in the early records, as did Larry with all the textures he was providing and the synthesizers.
We had a fixed time period in the studio in Holland, which we enjoyed, and were introduced to Monastic beers, which we also enjoyed! We were staying in this little house which didn’t have any central heating which we didn’t enjoy so much as it was very cold at the time.
We were playing Risk when we weren’t in the studio, and unfortunately it became a bit of an obsession. We used to have a different game every tour or every album. Risk is a game for world domination and you play it with dice. We had a big salad bowl into which we’d throw the dice, which would make a very loud noise and keep everyone else in the house awake. The cry of sixes, as people were trying to beat the hell out of whatever country they were going after at the time, would be heard til 3 or 4 in the morning, which was not very good when we were going back into the studio at 9 or 10am. That alone may not account for some of the problems with that record, but it didn’t help the process!
I had some good memories there and then later in New York where Robert and I were trying to sort out the mess we’d created in Holland.
Robert Fripp was very keen to try speeding up my recording process, as many people have been since and failed, but he got closest to it. Although I can do things fast and spontaneously and get something that has a good performance energy in it, I generally do my best work the other way. It’s a bit of an ordeal for anyone who’s working with me to stick on the team for that long, but I think we do get the best results that I’m capable of that way.
The artwork for the second album was done again with Hipgnosis, but with Peter Christopherson who later went on to be a key part of the band called Throbbing Gristle. We did it in New York and again it was cold and snowy. Storm had had the idea of the nails tearing away at the paper of the image. I think it is something that he used on a theatre piece that he’d done with his friends Lumiere & Son, but it was something that I enjoyed a lot.
I remember thinking when we were doing some photos around then, I always felt rather stiff and stilted in front of the camera, and still do today, and one of the ways to make the photos more interesting was to try and get some real people doing real things around it. So, we went down to the Tube station and I would sit sometimes on the bit between the escalators, or on buses, or I’d lie down in the road, and you’d just get pictures of faces reacting to whatever I was doing. It took a while for me to go from shy persona to, sort of, exhibitionist persona. Once I was there I was quite happy and I think we got some good pictures as a result, because they weren’t just stiff, staged portraits in the studio, but something with a bit of real life thrown in.
I think the touring band from the second album and third album onwards started really evolving and getting its own style. The tour for this record was one in which we were all dressed in road workers fluorescence. This was in the early days of punk and we used to do a sort of punk version of ‘A Whiter Shade of Pale’, which is probably safely eroded in the mists of time.”
Peter Gabriel, vocals, Hammond organ, piano, synthesizer
Robert Fripp, electric guitar, acoustic guitar, Frippertronics
Tony Levin, bass, Chapman stick, string bass, recorder arrangements, backing vocals
Roy Bittan, keyboards
Larry Fast, synthesizer, treatments
Jerry Marotta, drums, backing vocals
Sid McGinnis, electric guitar, acoustic guitar, steel guitar, mandolin, backing vocals
Todd Cochran, keyboards
Tim Cappello, saxophone
George Marge, recorder
John Tims, insects
Recorded November 1977 – February 1978 at Relight Studios, Hilvarenbeek, The Netherlands
Produced by Robert Fripp
Digitally remastered