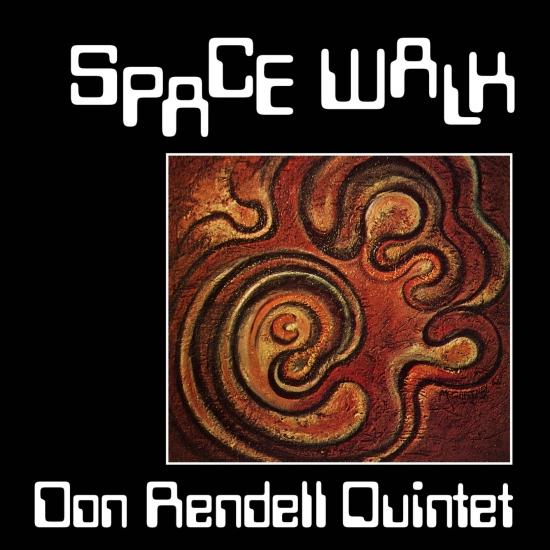 A remarkable session that features everything we love about British jazz! Originally issued in 1972, Space Walk was the final album recorded for the famed Lansdowne Studios by iconic British saxophonist, the late Don Rendell.
A figure in British modern jazz for over half a century, Don Rendell was both active protagonist and key witness to the main developments in the music from its rise out of tiny clubs and back rooms on up to the most prestigious national stages. From his earliest performances in London’s West End and his work of the 50s and 60s — most not ably with the Don Rendell-Ian Carr Quintet — to the lower profile work of the 70s and 80s, his quite assurance and consistent performance marked him out as a highly respected figure among his peers. He is one of a handful of British artists to feature on Blue Note Records and appeared on some of the most distinctive and characterful British jazz albums by the likes of Michael Garrick, Stan Tracey, Amancio D’Silva, and Neil Ardley. Even though Rendell eschewed much of the free and electric fusion styles that came to the fore in the late 60s, in the main sticking to an acoustic sound with melody and rhythm at its heart, he similarly bridled at any notion that he was merely a ‘bopper’, a description he positively hated. In many ways, Space Walk was as much a valedictory as transitionary album for Rendell. It was his last for Denis Preston, the fabled producer behind Lansdowne Studios, described by Neil Ardley as a ‘rare Diaghilev like figure’ who steered many of the key figures of the British jazz scene into the studio when nobody else would record them. It was also Rendell’s final project for EMI Columbia and his last as a leader for a major record label. After Space Walk, Rendell would record for smaller, independent labels like Spotlite. But as much as the album is a farewell to one chapter, it also marked the way forward to the next..
Don Rendell, tenor saxophone, soprano saxophone, flute, alto flute
Stan Robinson, tenor saxophone, clarinet, flute
Peter Shade, vibraphone, flute
Digitally remastered 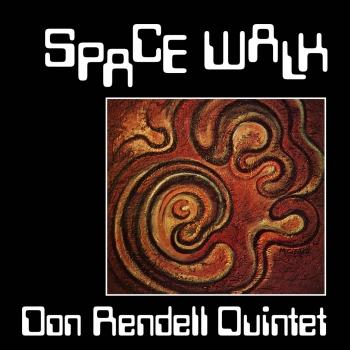 Don Rendell
born 4 March 1926, Plymouth, Devon, England. Rendell began playing alto saxophone as a child but later switched to tenor. He played in a number of dance bands during the late 40s, and in 1950 became a member of John Dankworth’s septet. After leaving Dankworth in 1953 he formed his own small group but also worked with bands led by Tony Crombie, Ted Heath and others. In 1956 he joined Stan Kenton for a European tour, appearing on Live At The Albert Hall. In the late 50s he played with Woody Herman. During the 60s Rendell was again leading his own bands, featuring musicians such as Graham Bond, Michael Garrick and Ian Carr, with whom he was co-leader of a successful band. The four albums he recorded with Carr are highly recommended. Rendell has also recorded with Stan Tracey (The Latin American Caper), and Neil Ardley (Greek Variations).
A fluent improviser, with hints of post-bop styling overlaying a deep admiration for the earlier work of Lester Young, Rendell has long been one of the most admired of British jazz artists. For many years he has been tireless in the promotion of jazz through his activities as a sought-after teacher.